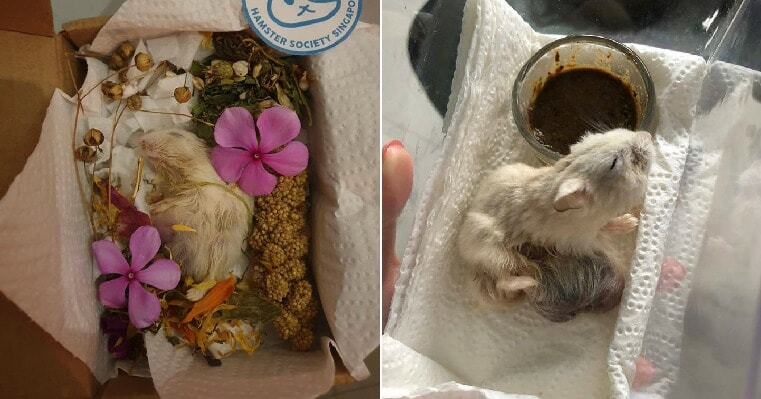 Getting a pet, no matter how small or big is a huge commitment as you should take care of it for the rest of its life. Pet abandonment is still prevalent as many irresponsible owners just give up on their pets and throw them away when they get tired of them or just couldn’t be bothered to take care of them anymore. 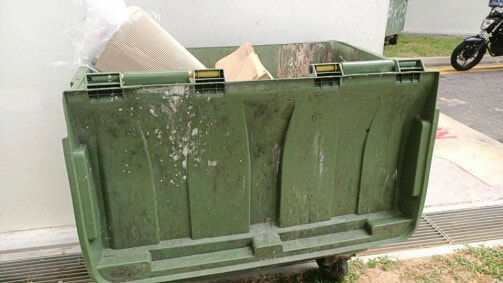 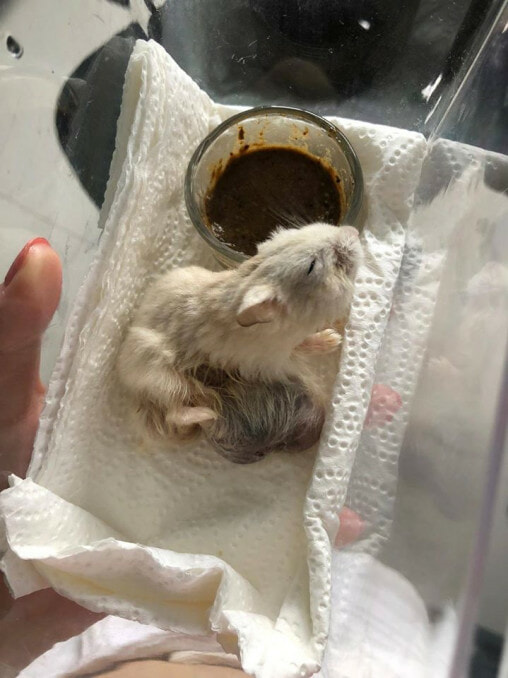 On the morning of January 11th, Hamster Society Singapore found an abandoned hamster at Blk 8 Upper Boon Keng Road which sadly died later, they wrote on their Facebook. They spotted the hamster in a large container with all his accessories but when they came back to get him, they were shocked to find that the container had disappeared.

The rescuers searched around the area and finally found that the poor hamster had been unceremoniously dumped into a nearby rubbish bin with all his accessories. When they finally rescued the hamster, he was in a bad state. The animal was weak, dehydrated and smelly but what was worse was he had a large tumour that was more than half of his own body size. 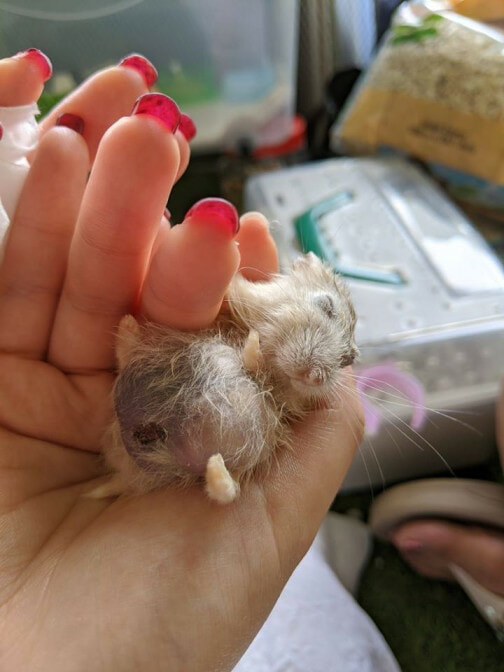 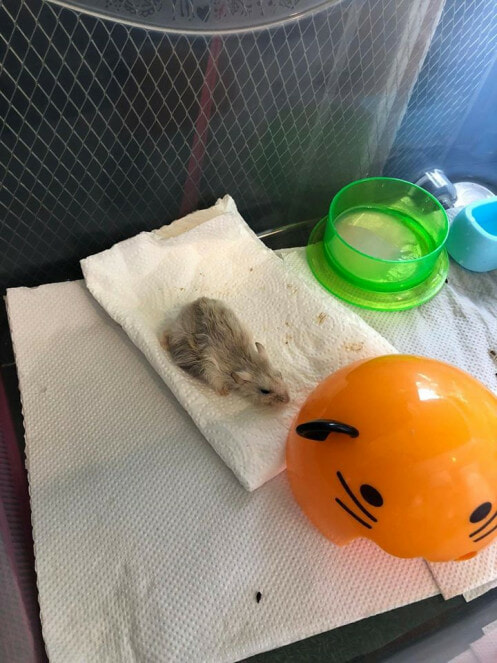 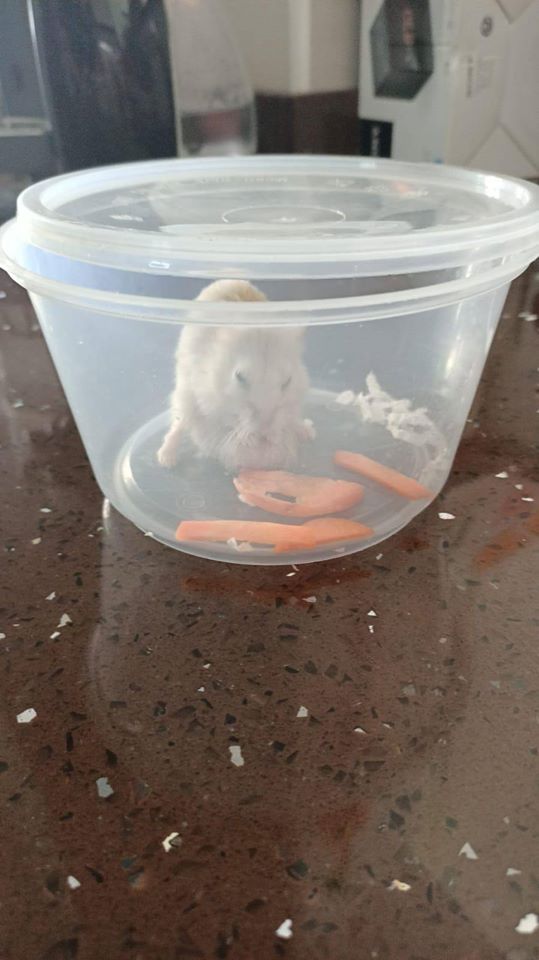 Instead of bringing him to the vet for medical attention, the irresponsible owners dumped the creature and left him to die. “This case is especially disappointing. Given his cage and accessories, it seems like his owners actually KNEW about basic hamster care. They not only DENIED HIM MEDICAL ATTENTION but they also heartlessly discarded him when it got too much. This boy is so sick he can’t even clean himself. The worse part? If they actually bothered to take it to the vet early enough, he could have been treated,” the society said.

Although the rescuers tried their best, the hamster, named Gatsby, couldn’t survive the ordeal. It’s pretty common for hamsters to suffer from benign tumours and if given treatment in time, the owners could have saved little Gatsby’s life. Since his tumour had gotten so big, the vet could not remove it and all the rescuers could do was make sure the little creature lived his final moments in comfort. 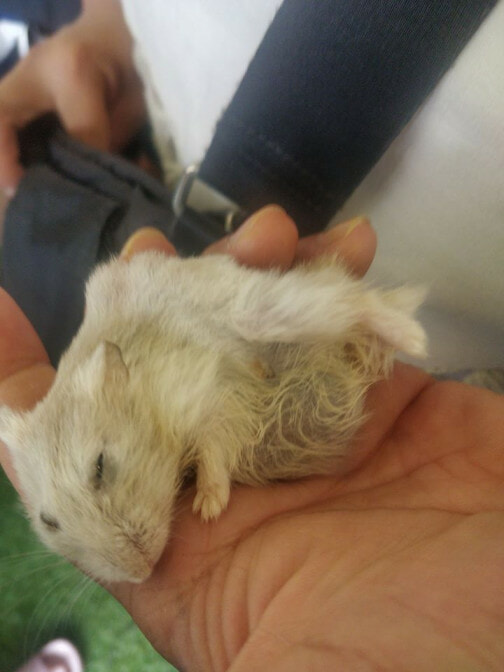 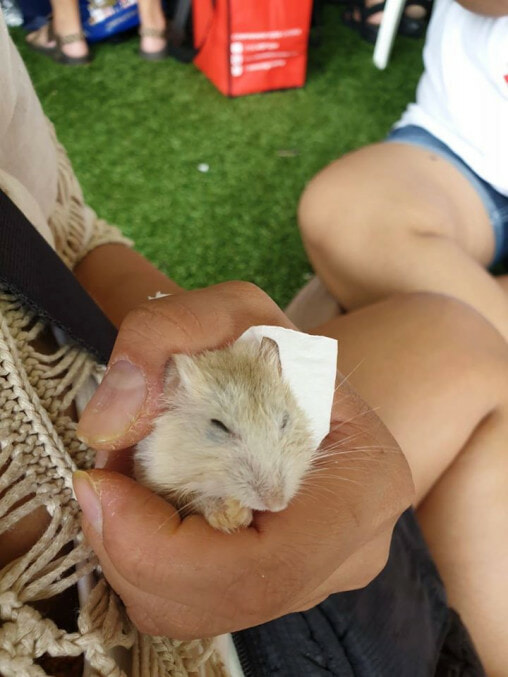 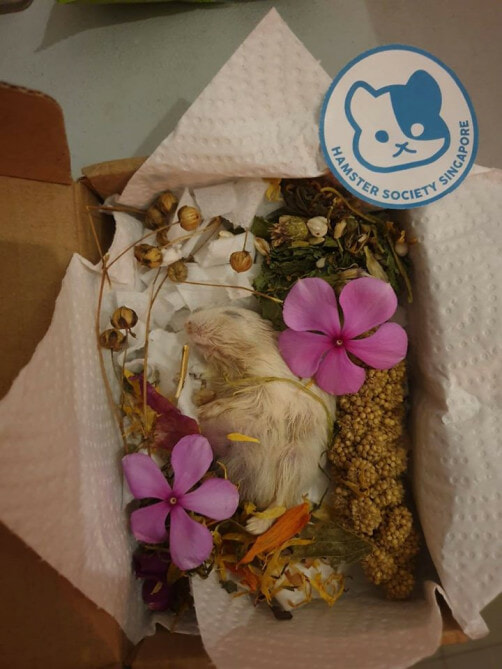 Gatsby died at 11pm that night and photos show the hamster being given a proper send-off in a box filled with flowers. Hamster Society Singapore said that they have already encountered six cases of abandoned hamsters this year already. That’s an average of one case every two days! Since it’s the year of the Rat, they are bracing themselves for more cases of these.

The organisation advised, “Please do your research and REALLY THINK about whether you can commit the daily care and expensive vet fees before you purchase or adopt a pet.” 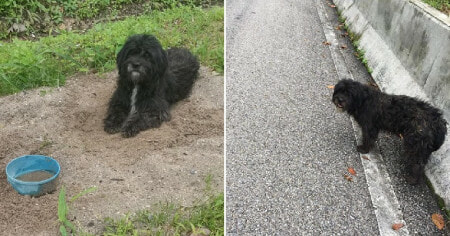