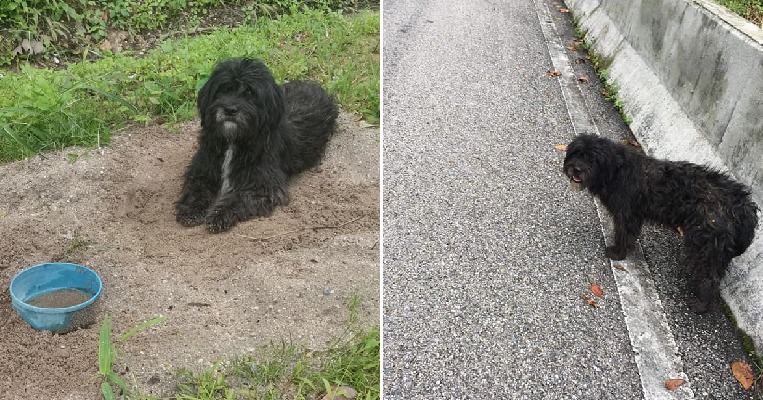 Getting a pet is a really huge responsibility and as owners, we should provide a forever home for them and not abandon them as it can be a traumatic experience for the animals. This little doggo recently went viral on social media due to his love and dedication to his former owner, who abandoned him by the roadside of a mountain. 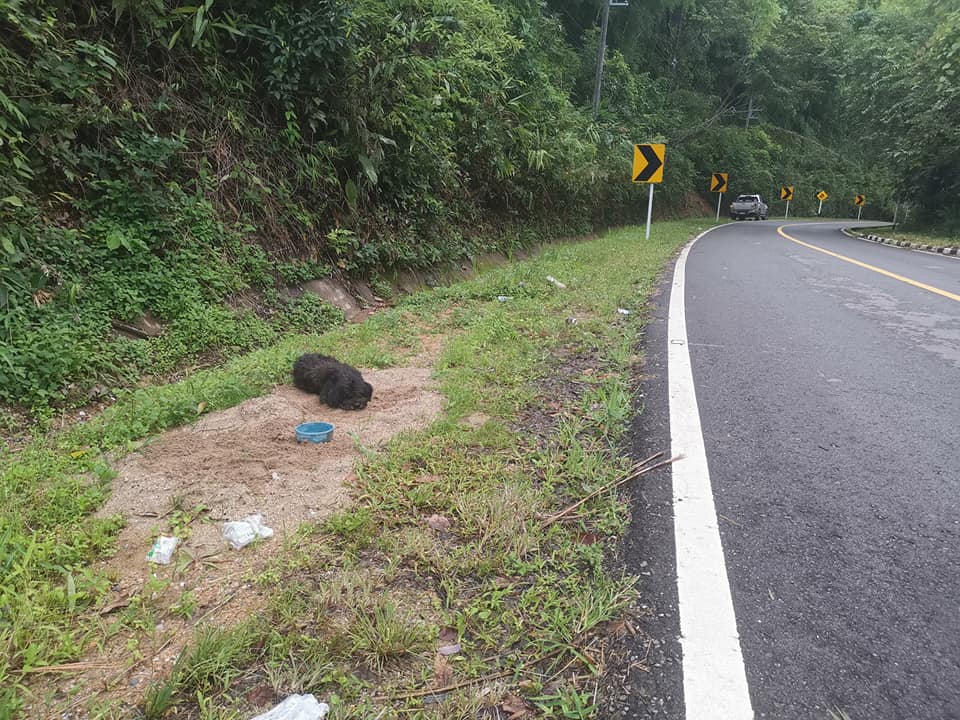 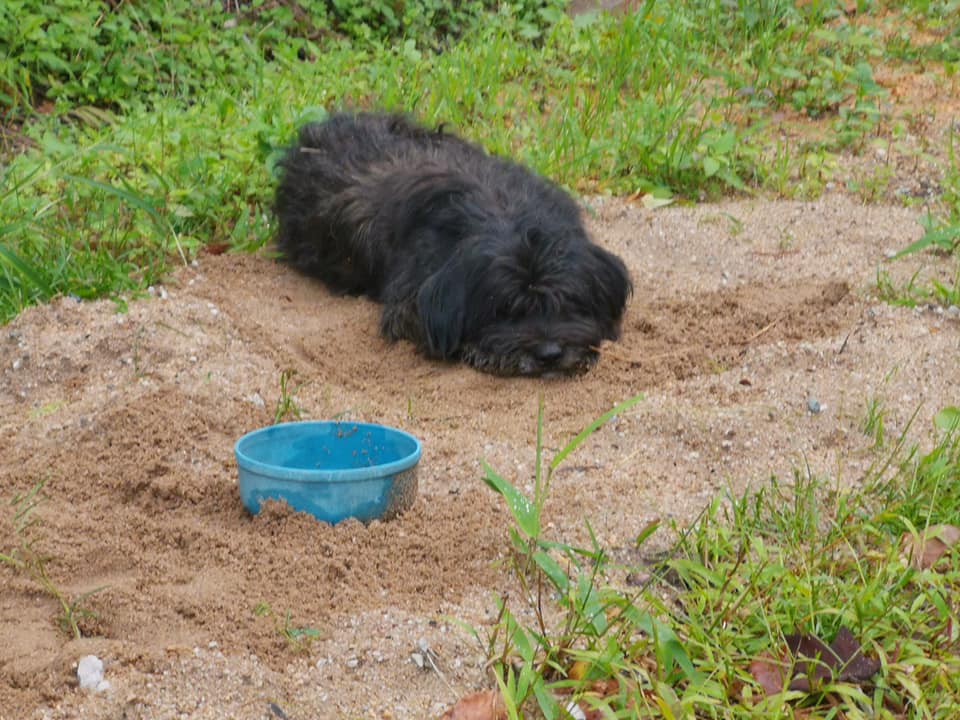 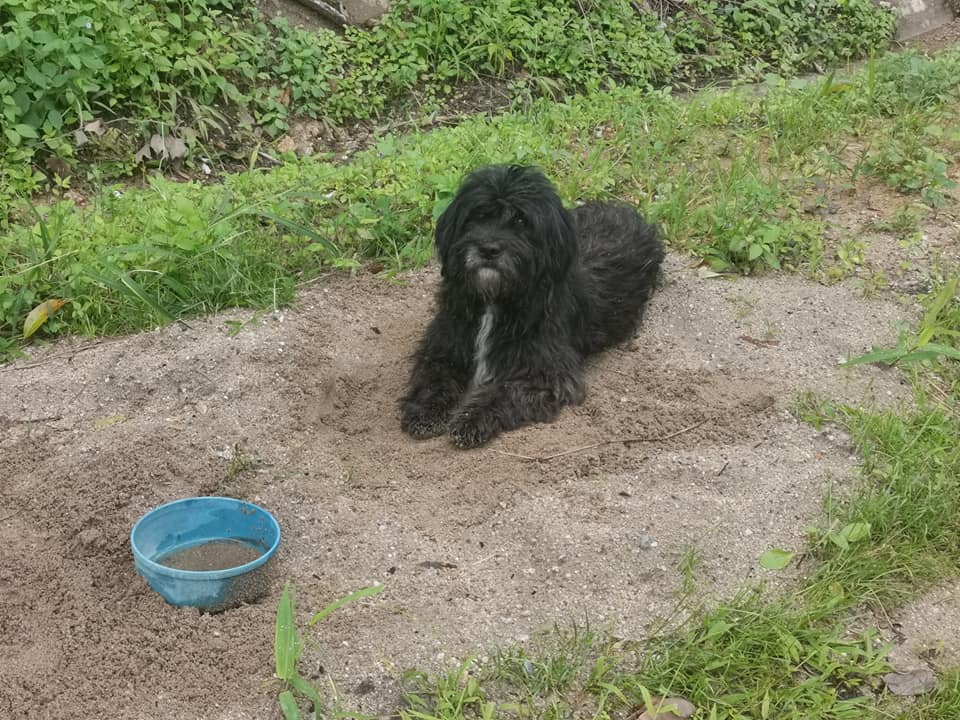 In a post by the dog’s current owner, Panithan Rattanathum, he said that he discovered the cute black dog at Doi Ang Khang mountain in Chiang Mai on 8th August. The pup was lying by the roadside with a little container and seemed to be sadly waiting for someone when Panithan found him.

He had been driving on the road when he saw the dog and was concerned about the pooch’s wellbeing, so Panithan took him to the local vet. The dog didn’t put up much of a struggle and seemed to be used to being in a car, which led Panithan to suspect that he was a lost or abandoned pet. 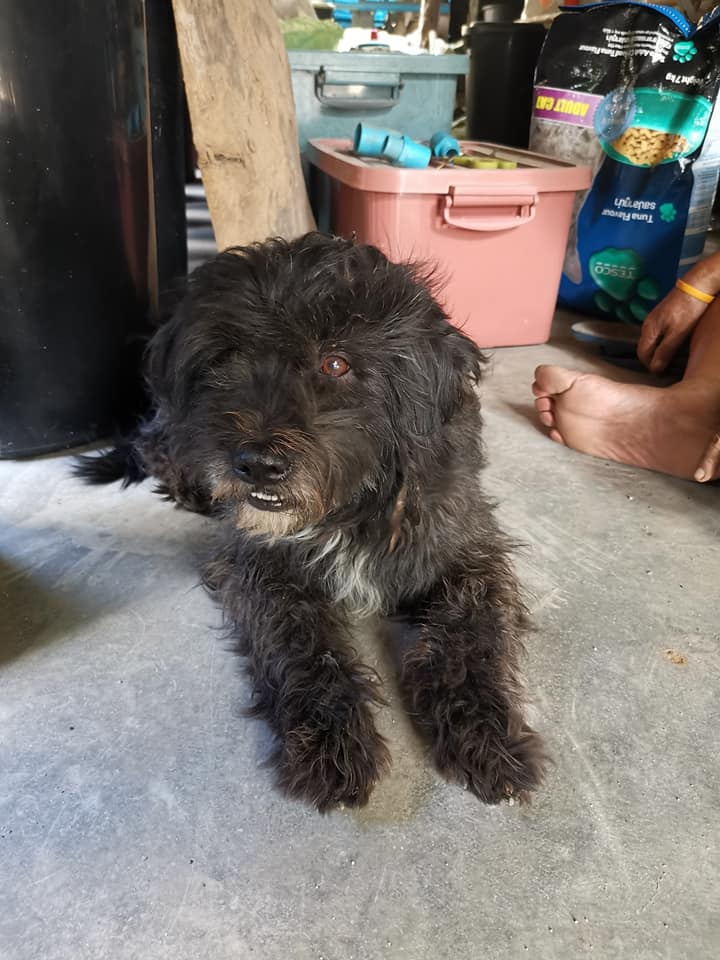 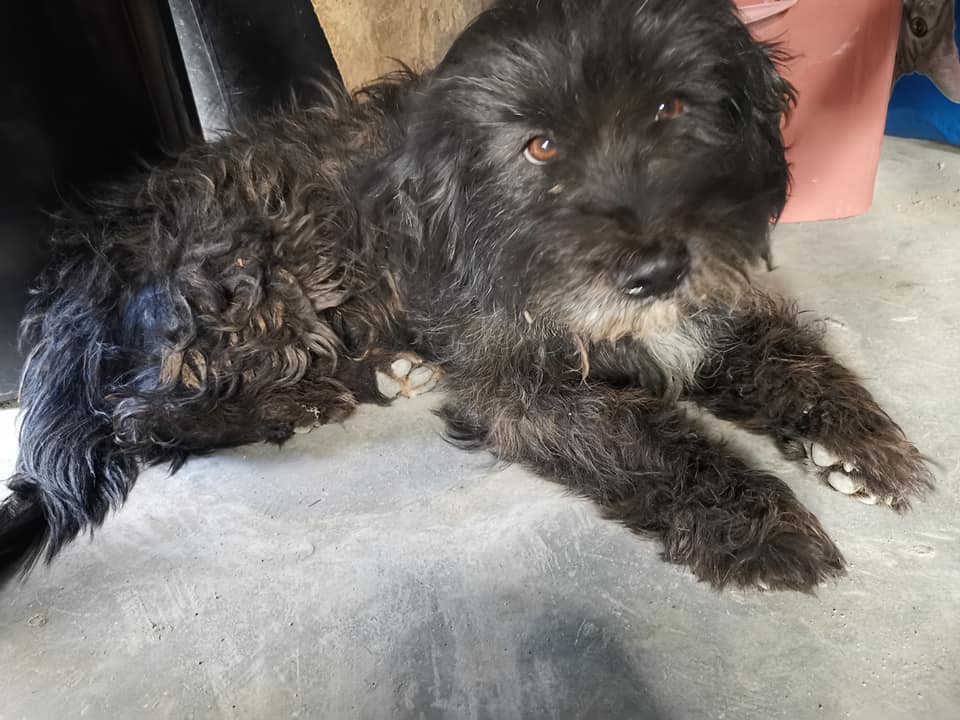 He asked people for help finding the owner but said that he would adopt the dog if no one claims him. True enough, Panithan kept the dog and named him “Lucky”. However, after less than a week, Lucky ran away from Panithan’s house and his mother called him in a panic.

He shared the heartbreaking experience on Facebook, when he went home and saw the front gate open, which led him to believe that his new pet was stolen. Panithan was in a panic and rushed to file a police report, handing out leaflets and even asking a radio station for help to locate his dog. 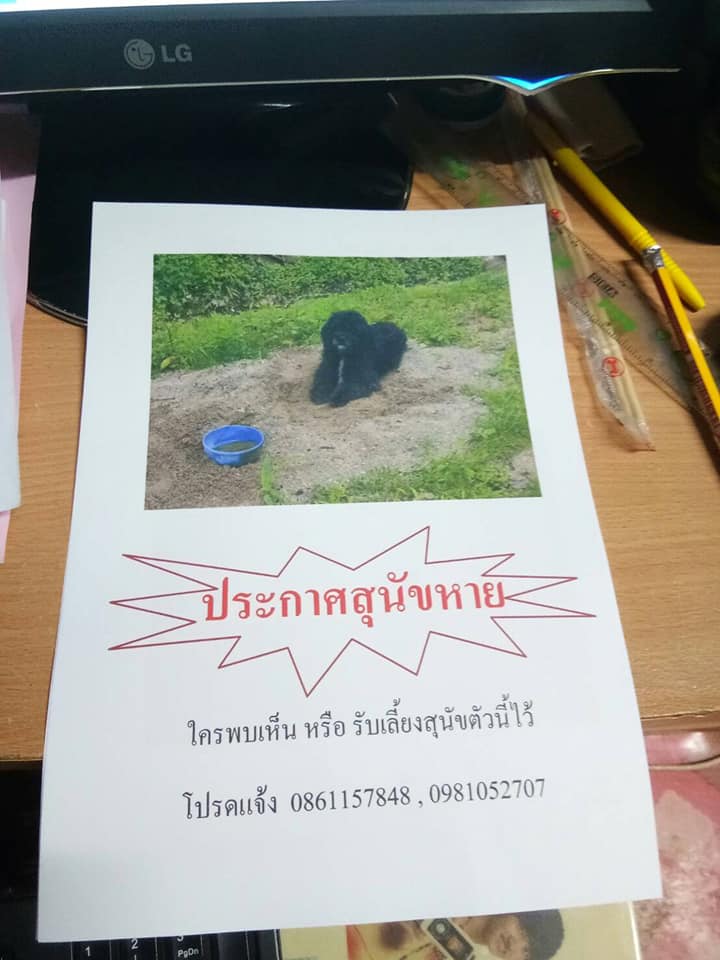 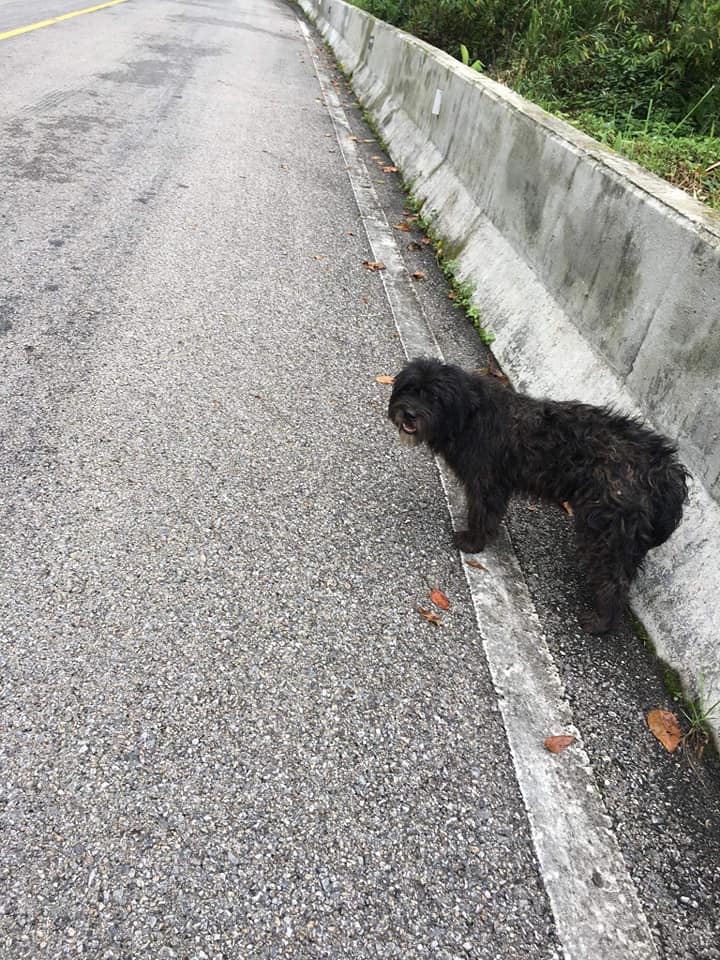 He drove around looking for little Lucky, but to no avail. The next day, he received photos from a friend who was driving past the same spot Panithan found Lucky, and he said that somehow, Lucky had ended up in the same spot again. Now, Doi Aung Khang Hill road is located about 21km from Panithan’s house, which is rather far away for a little doggo to walk!

Panithan deduced that Lucky must have travelled all the way there because he wanted to wait for his former owner, who had heartlessly abandoned him there. This is totally breaking our hearts! He went over to the road and picked up Lucky again, who was warmly welcomed back into the family. 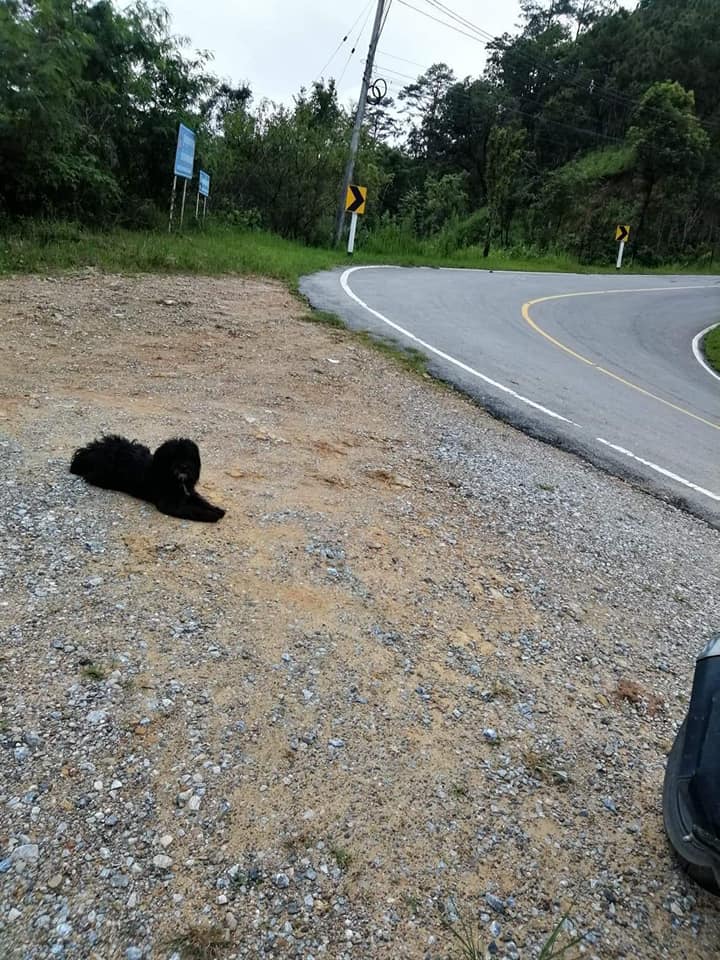 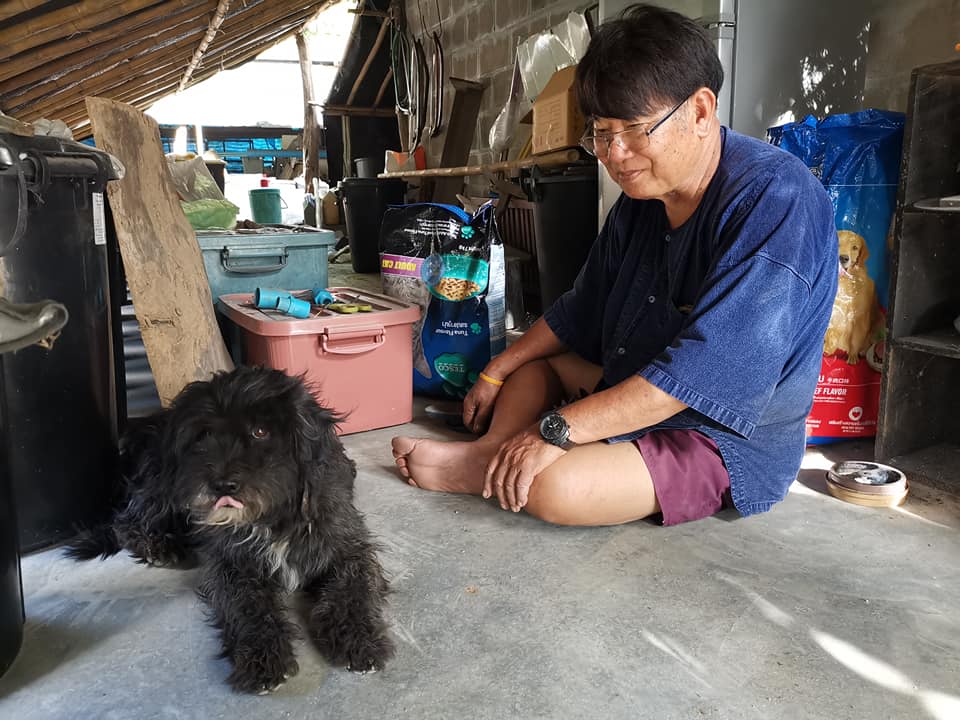 Apparently, Panithan’s parents have already fallen in love with the adorable dog and had rallied to help look for him when he went missing. Looks like Lucky has really found his forever home this time!

We hope that with time, Lucky will be happy with Panithan and his family and forget about his cruel former owner who abandoned him without a thought! 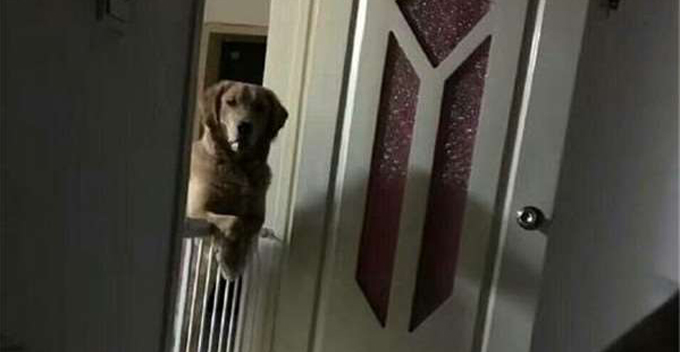