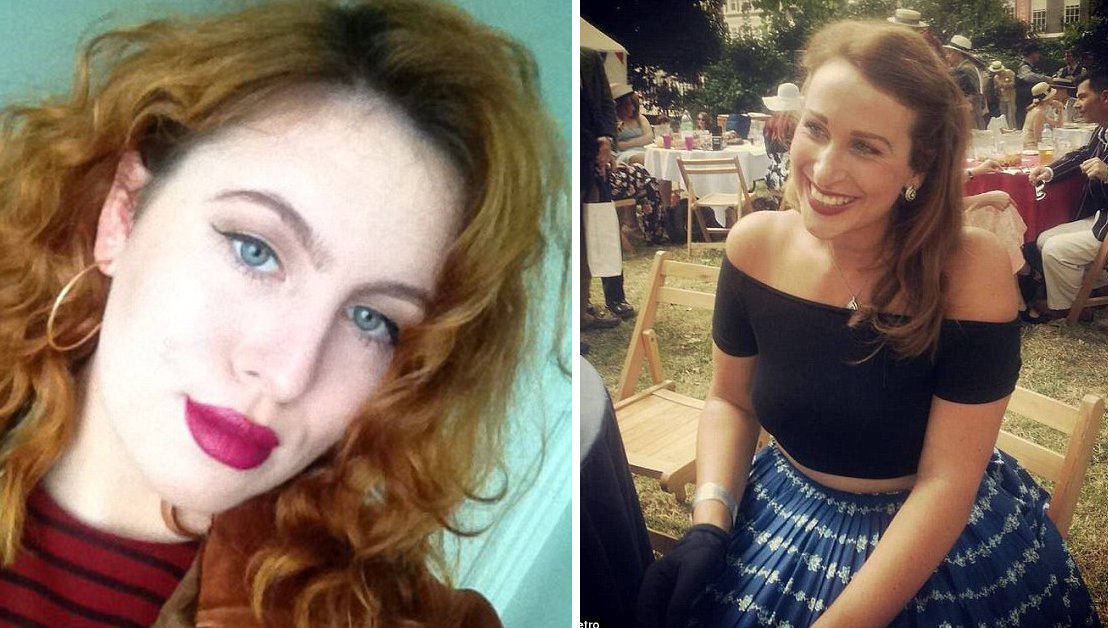 Tinder, the app that allows us to look for companionship provides us the opportunity to talk to people of the opposite sex (or same, we don’t judge).

However, being exposed to a lot of people may not be the best idea yet as some has had a few bad run ins, from bad opening lines to bad dates.

That said, a girl from Ireland probably received one of the worst opening lines you could imagine.

Irish girl Rebecca Keane who’s 21 years old was going through Tinder and checking her messages when she saw a message that was left in her inbox by Patrick.

Here’s what he said. 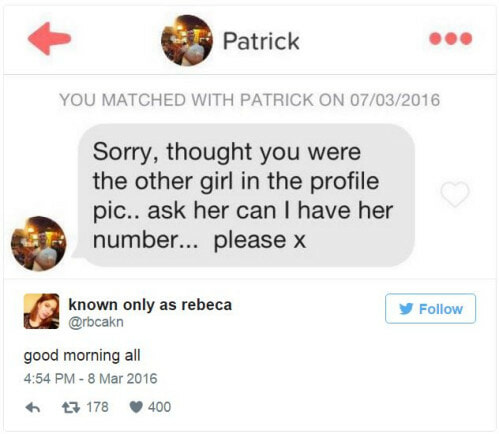 Rebecca screenshot the image and tweeted it out. Her tweet soon got shared and went viral.

“I’ve never gotten a message like that before to be honest,” Keane told Mashable. “All my other pictures are pictures of me so I don’t know how he thought I was my friend.

We’re pretty sure that guy knew what he was doing but was trying his luck anyway. Asshole.

If it were me, I probably would’ve teleported through the screen and kicked his balls.

There’s been people who flocked in, sharing her shock at the audacity of some people to even say such thing. While some guys were just humoured and respected his bravery. There’s another user who even wonder if Patrick was just joking.

What did you think? Was it funny or just plain rude to have said that?