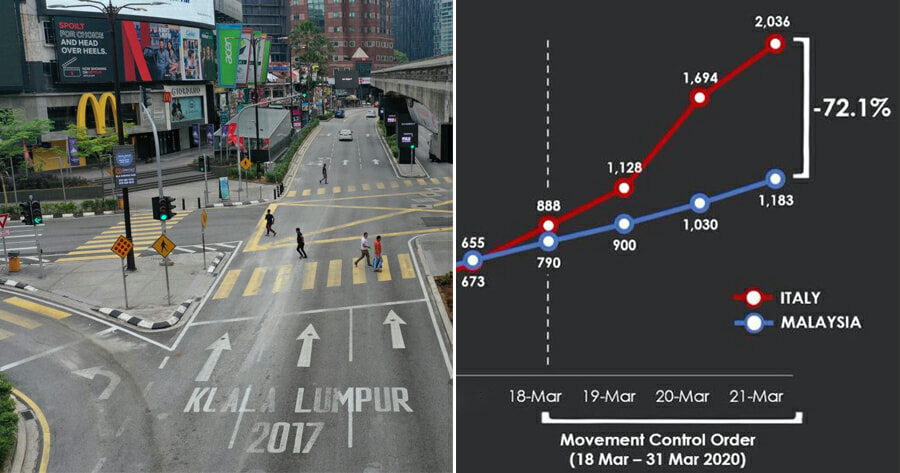 As many of you have read, Italy is the country hardest hit by the Covid-19 virus. When the virus was first detected in the country in the beginning of February 2020, the situation seemed to be under control until a month later when numbers started to spike and reached about 24,700.

Things got worse and numbers started to rise and now, Italy has a total of 59,138 cases including 7,024 recoveries and 5,476 deaths at the time of writing – about 50 days since its first case was detected. Italy has even surpassed China’s death toll with the biggest jump of 793 death cases in 24 hours on 21st March, reported CNA.

Meanwhile, Malaysia recorded a total of 1,306 cases including 139 recoveries and 10 deaths at the time of writing – about 60 days since the first case was detected – and if you compare Malaysia’s and Italy’s graph curves, you can see that Malaysia seemed to display a similar pattern to Italy.

Now, we’re not saying that the situation in Malaysia comes anywhere close to what Italy is going through, but the graph shows how Malaysia seemed to be following the pattern of Italy’s staggering Covid-19 cases. 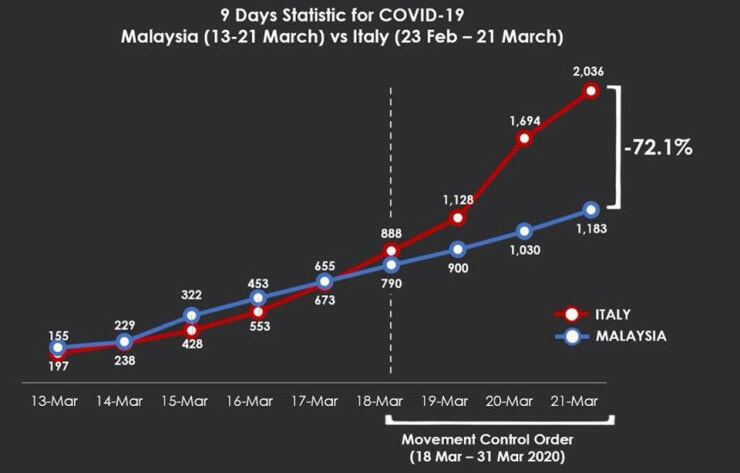 In the graph, which was created by a Facebook user, the two lines show Italy’s growing cases from 23rd February to 21st March against Malaysia’s cases from 13th March to 21st March.

Malaysia seemed to be moving in a similar path to Italy until 18th March when the government implemented the Movement Control Order. Almost immediately, you can see Malaysia’s line that was expected to curve upwards – based on Italy’s line – begin to flatten out.

Other graphs from about the same timeline also show a similar pattern. 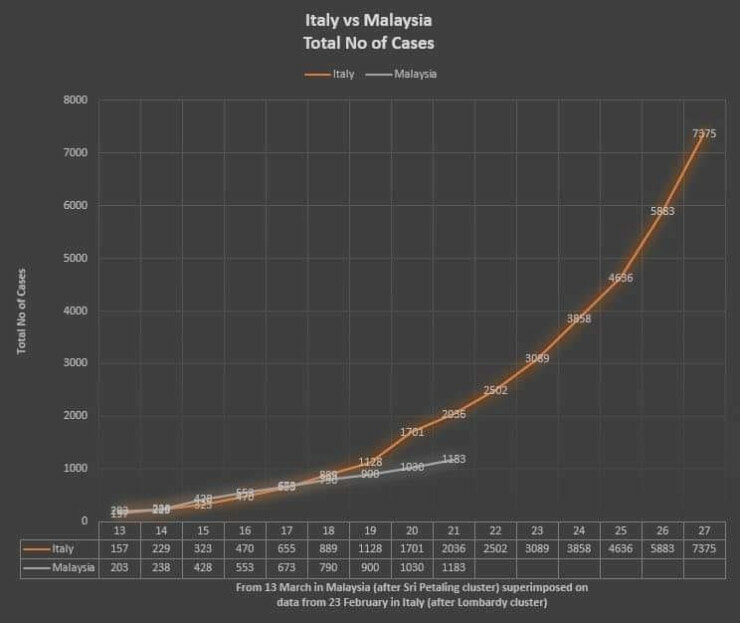 This just shows how much of an impact the Movement Control Order has on the number of cases Malaysia even though the situation doesn’t seem to be improving and it’s still too early to tell if the numbers will drop any time soon.

Of course, it all depends on the amount of people being tested in a day and the number of undetected cases in the country among various other factors. We also have to consider the fact that this is a comparison against the worst hit country.

Nevertheless, we hope that the effects of the Movement Control Order will play a significant part in the potential decline of numbers in the days and weeks to come, and for that to take place, we all have to play our part and follow what the authorities have told us to do.

Stay home, wash your hands, don’t touch your face and keep a distance between yourself and others. We can do this!

Also read: 1 in 10 From The Tabligh Gathering Have Tested Positive For Covid-19 Says Health Director-General 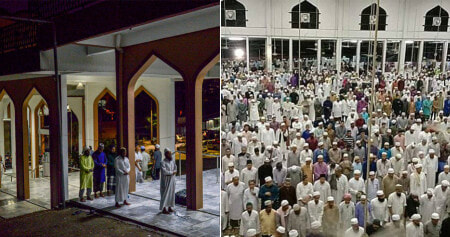