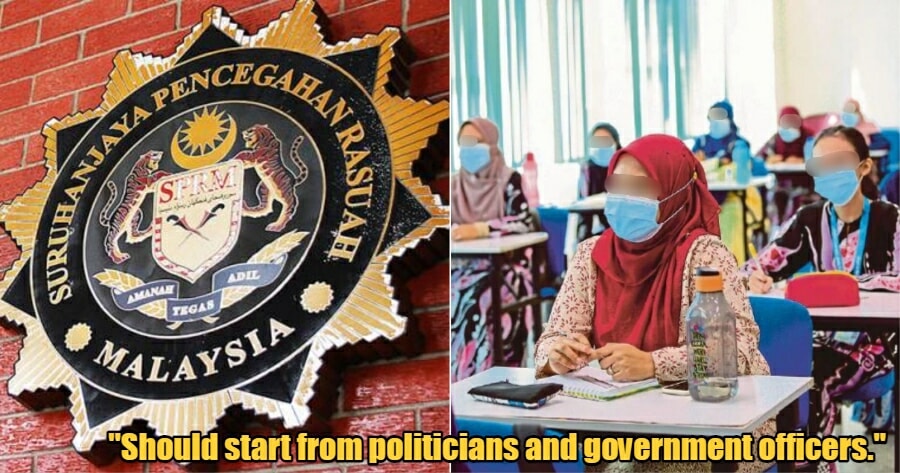 It’s no secret that Malaysia isn’t exactly the best country when it comes to battling corruption. And if anything, Malaysians believe we may be one of the worst, since it is believed that the government’s efforts to squash corruption is being focused in the wrong places.

BERNAMA recently took to their Twitter profile to share that the Malaysian Anti-Corruption Commission (MACC) will be making it mandatory, starting 2023, for all tertiary students to take an integrity and anti-bribery course. 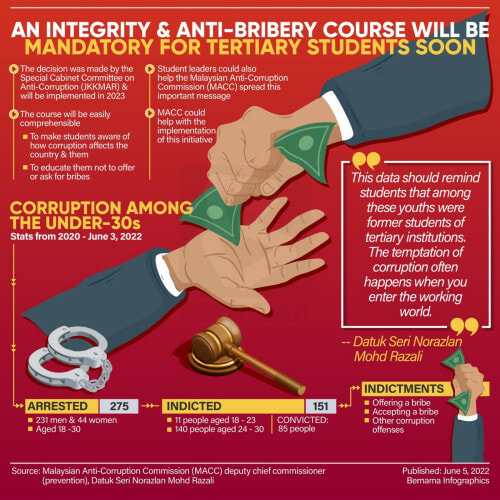 They shared, “The decision was made by the Special Cabinet Committee on Anti-Corruption (JKKMAR) and will be implemented in 2023.”

The goal of the course, is to to make students aware of how corruption affects the country and themselves, and to educate them to not offer or receive bribes. 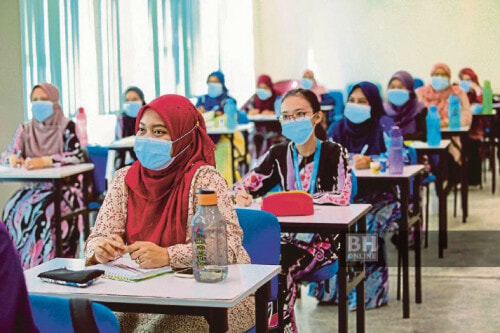 The reason why the authorities are targeting university and college students for the course is due to statistics which show that corruption among those aged 30 and below appears to be prevalent, as 275 people aged 18 to 30 were arrested between 2020 to 3 June 2022 for corruption offenses.

Despite the initiative, people on the other hand, believe that the course should be focused towards government officials, politicians and other authoritative figure following recent claims where a number of people in authority have been accused of corruption.

One netizen suggested that, “Why don’t we also mandate this course to the top leaders too?”

Another said, “Can start implementing at political party conferences every year, before tertiary education institutes. Just a suggestion.”

Should the authorities implement the mandatory course for students while also for government officials and politicians? Share your thoughts in the comments section. 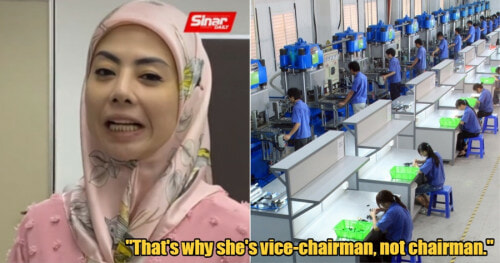