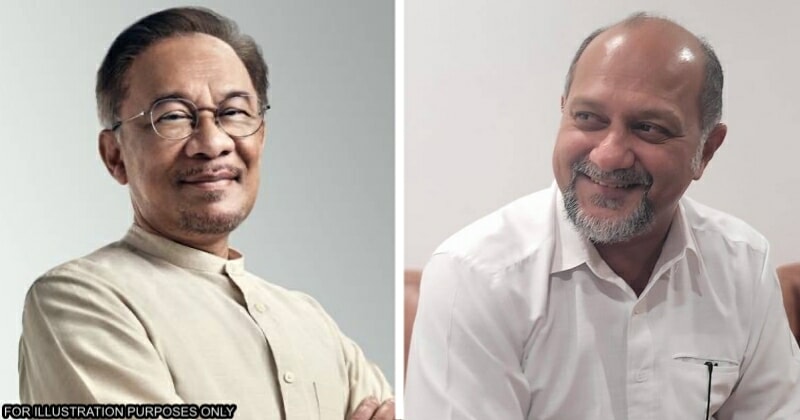 Prime Minister Datuk Seri Anwar Ibrahim yesterday announced the Cabinet lineup for the unity government under his leadership, which included some rather ‘interesting’ additions and omissions.

Speaking of the latter, one of the more notable names missing from Cabinet was Member of Parliament (MP) for Damansara, Gobind Singh Deo, with many Malaysians questioning the decision to sideline the former Communications Minister.

Well, the man himself today cleared any speculation regarding his omission, clarifying that he was indeed asked by Anwar Ibrahim to be part of the new federal government’s Cabinet but respectfully declined the offer. 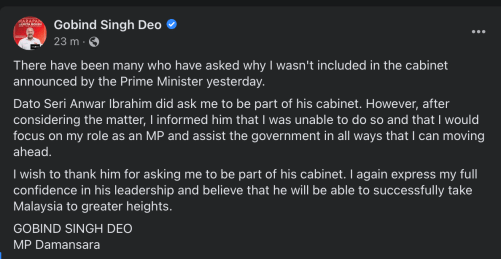 Gobind shared, “There have been many who have asked why I wasn’t included in the cabinet announced by the Prime Minister yesterday.”

“Anwar did ask me to be part of his cabinet. However, after considering the matter, I informed him that I was unable to do so and that I would focus on my role as an MP and assist the government in all ways that I can moving ahead.”

The Damansara MP then expressed his gratitude to Anwar for asking him to be part of the new Cabinet and stressed that he has full confidence in the Prime Minister’s leadership in taking Malaysia to greater heights.

Gobind, who is also the Deputy Chairman of DAP won the Parliamentary seat in Damansara with a whopping 124,619 majority, one of the biggest majorities in the 15th General Election (GE15).

So, what do you guys think of the statement by the Damansara MP? Share your thoughts with us in the comments. 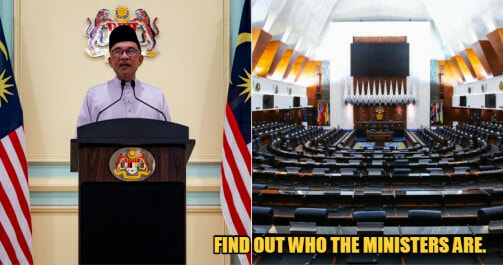