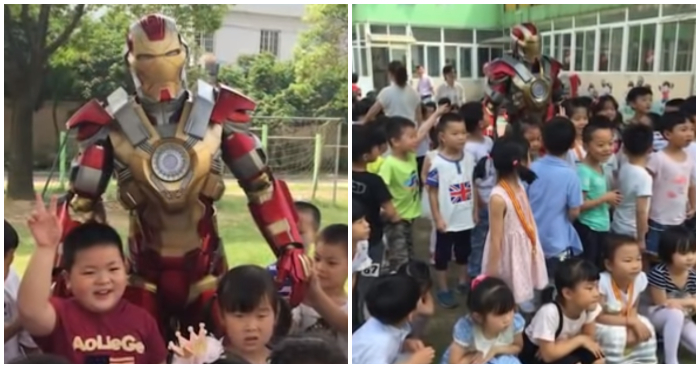 Now this is truly something to Marvel at!

Recently, a little girl got made fun of by her classmates for claiming that her father is Iron Man, so her dad actually went above and beyond to cheer his daughter up by showing up at her school in a full Iron Man suit! Best dad ever! 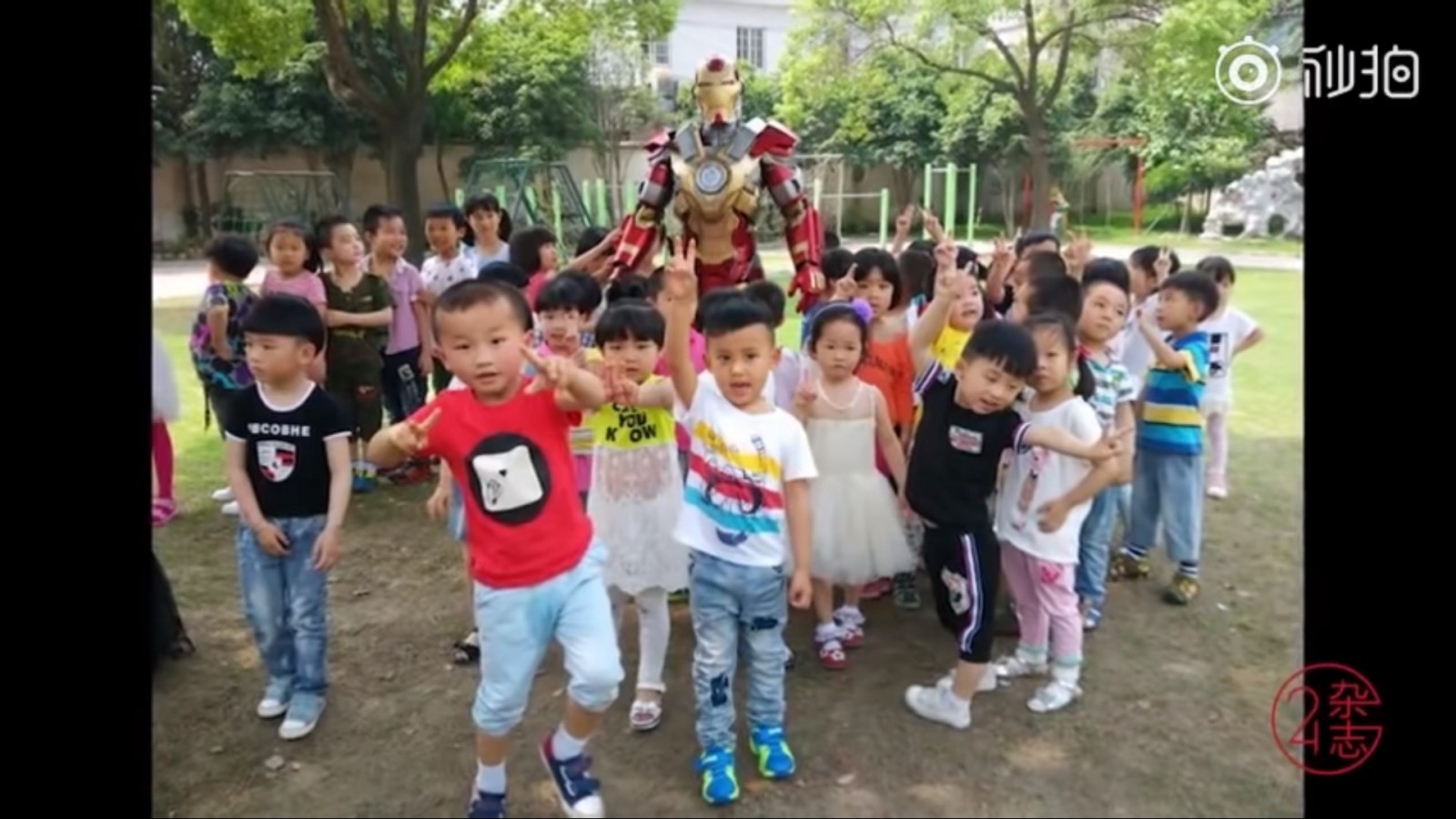 The happy turn of events, which took place in Beijing, all started when the father, Bao Guojian, noticed that his daughter would often come home from kindergarten looking dejected. According to China Press, when he asked her why, she told him it was because she was accused by her classmates of being a liar, after telling them her father is Iron Man.

Determined to put the smile back on his daughter’s face, Bao, who happens to be an avid Marvel fan and talented prop maker, put on his most prized possession – a replica of Iron Man’s Mark 17 suit – and went to his daughter’s kindergarten.

What happened next completely exceeded his expectations. While he only planned to show the suit off to his child’s classmates, it caught so much attention that even the headmaster caught wind of it! Right away, the headmaster declared all classes to be paused, just so that each class of students could take turns snapping photographs with him! Looks like he did a lot more than just silencing his kid’s critics! 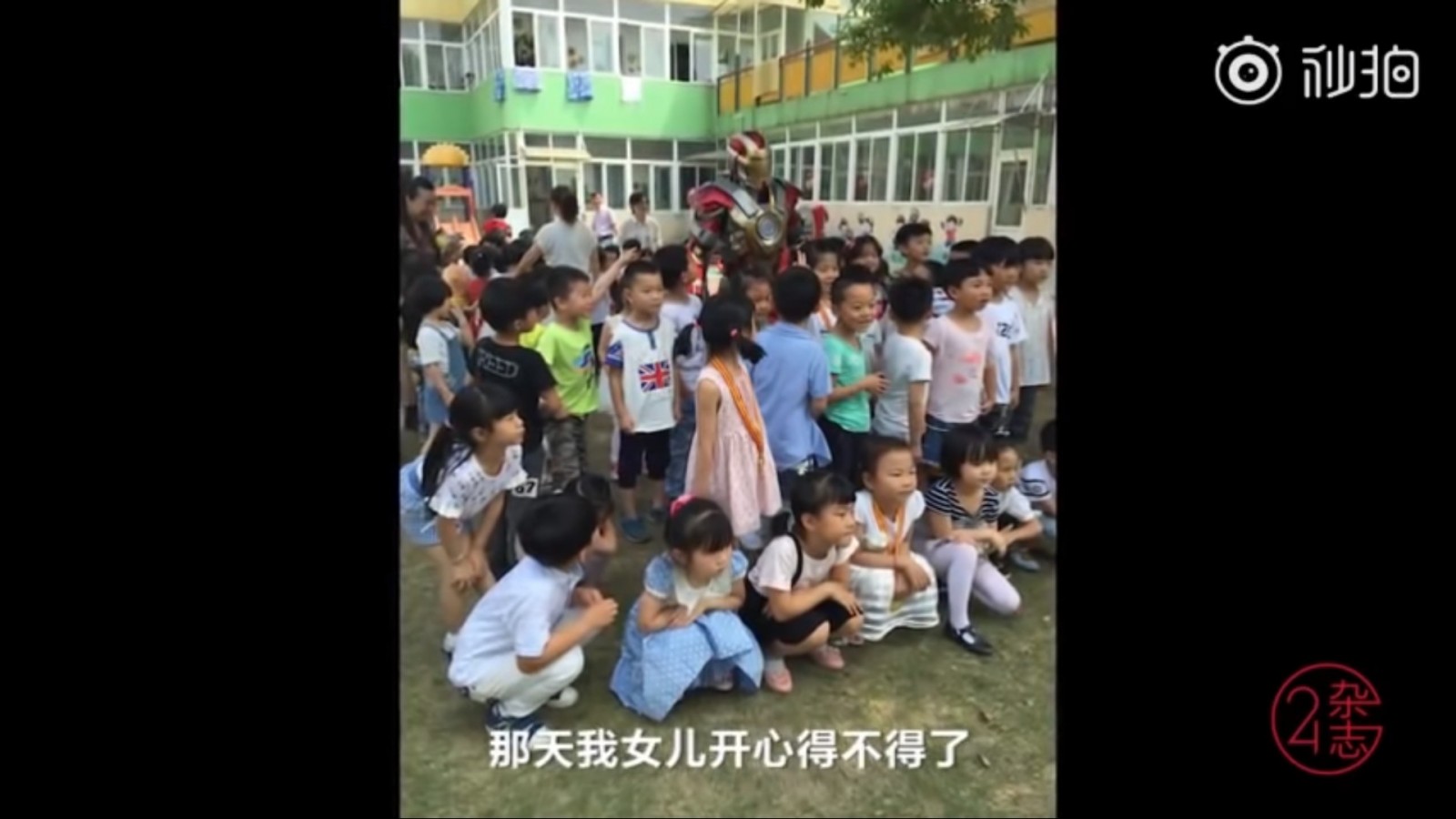 Just like that, Bao became an instant celebrity at the school, while also cheering his daughter up immensely. He said,

“My daughter was so happy on that day, she kept walking in front of me while holding my hand, telling everyone she saw that ‘this is my dad’.” We’re sure no one will ever call his daughter a liar again!

More heartwarming still, is the fact that Bao involves his kids in the prop making process as much as he can, constantly asking their opinions on what they find cool, and whether they would want to play with something. To foster their interests, he has also given them 3D pens and shown them how to build little toys of their own.

He said, “I feel this is more meaningful than letting them watch cartoons or going outside to play.” What he says next will make you melt: “I want to be their superhero, and be right by their side as they grow up.” Aww! 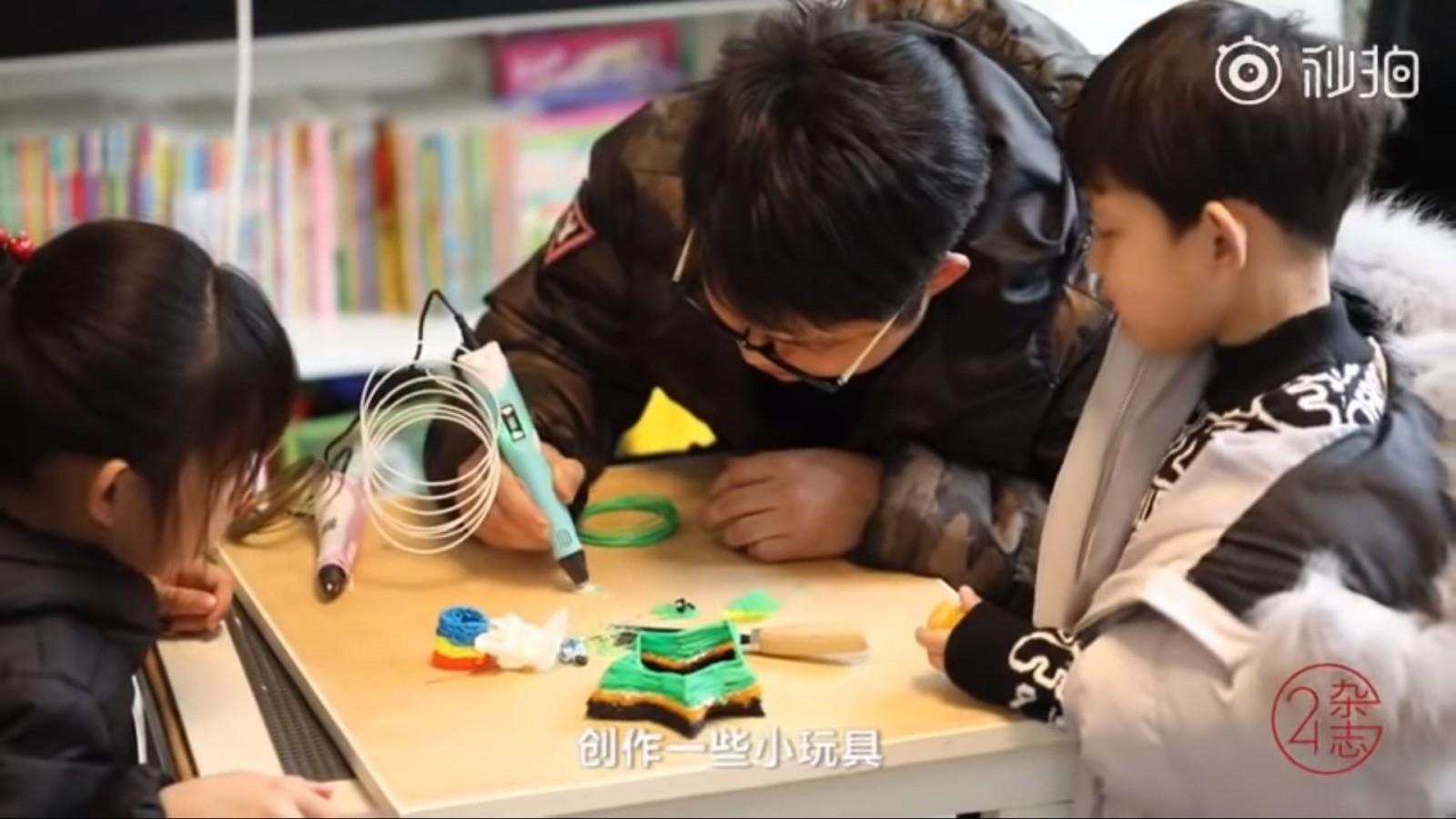 Not sure about you but Bao sounds like the coolest dad ever! 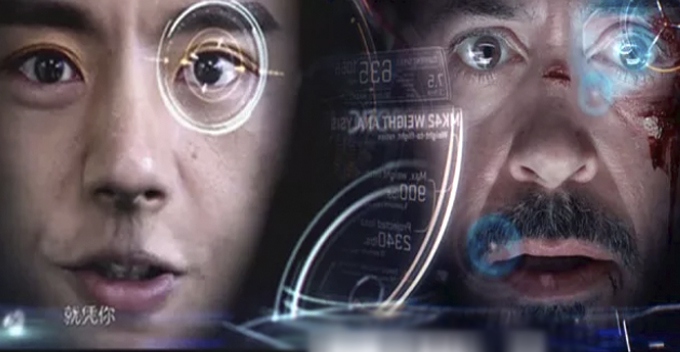