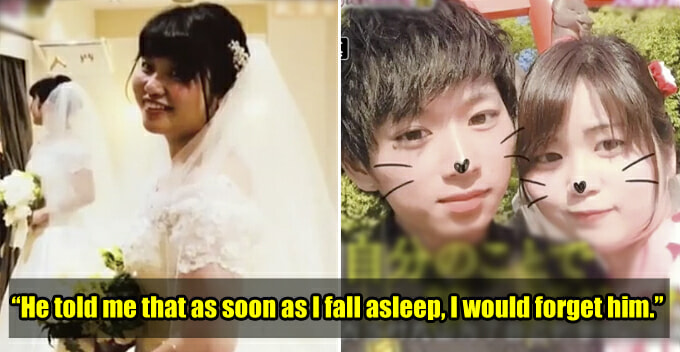 You’ve watched the movie ’50 First Dates’ before, now get ready to see it in real life!

Every day, this 24-year-old Japanese girl named Maruyama wakes up with absolutely no memory at all after she was hit by a car while riding a bicycle. She was diagnosed with amnesia and the doctors said it’s unlikely that she will get back her memory.

In an interview, Maruyama shared her unbelievable journey and here’s what she said.

“I don’t remember anything about the accident or before that. I don’t even remember much about my family nor the concept of ‘family’. I only know simple phrases like ‘father’ and ‘mother’.”

The first two months were incredibly tough because her memory would be wiped clean every time she goes to sleep, leaving her in horror and complete confusion every morning when she wakes up. That’s because she has no idea who she is and how she ended up in the bed!

As such, the doctors recommended that she should write a diary to serve as a recap for the next day. She revealed that the diary contains her personal details such as her name, address, phone number, and date of birth.

One of the lines in her diary reads,

“I wake up in a strange environment every day. A woman who claims to be my mother would wake me up every morning. I must’ve lost my memory.”

During that period, Maruyama said she didn’t feel anything and would sit at home doing nothing for the whole day. Her parents tried to bring back her memory by showing her some old photos, but that only put more strain on their relationship.

Perhaps the most heartbreaking part was that she didn’t remember her fiancé, Li Huayu, who has been together with her for the past two years. They’re engaged and had even planned to get married five months down the road before the accident happened. She even marked the date in her planner!

“He would call me every day to re-introduce himself. Although I couldn’t remember anything, he would tirelessly do the same thing every day.”

She admitted that she was touched after listening to the ‘recap’ but she would still act like a stranger to Li the next day.

“He told me that as soon as I fall asleep, I would forget him. I even asked him, ‘Are you a bad guy or my friend?’ Although he was hurt, he’d still say he is my friend and then re-introduce himself to me.”

In the beginning, Maruyama asked for a break-up because it was hard for Li to be in this relationship and she is not the same person anymore without her memories. Responding to the request, Li said,

“You may have lost all our memories, but we can always create new ones together. I like both the old and new version of you.”

She said Li was the only person who’s ever said that to her, and it has led her to rediscover the meaning of happiness. Seriously, who’s cutting the onions?!

Two months after the accident, her condition has improved and her memory was no longer ‘refreshed’ every morning. She now remembers Li and the sacrifices he has made for her. Needless to say, she fell in love with him all over again and even decided to surprise him with a marriage proposal in a church!

However, she needed to break the bad news to him first.

“Recently, I’ve had a really bad headache and the doctors said my amnesia may have gotten worse. My memory could be wiped out again and there’s only 50% chance for me to recover. Given my circumstances, would you still want to be with me?”

To that question, Li answered, “Yes, of course, I do.” 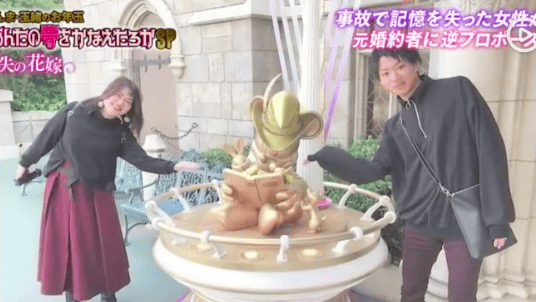 Seriously, this couple has just redefined love and we pray that Maruyama would have a full recovery. The full interview in Japanese with Mandarin subtitles is available here. 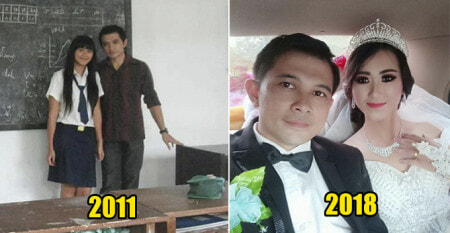