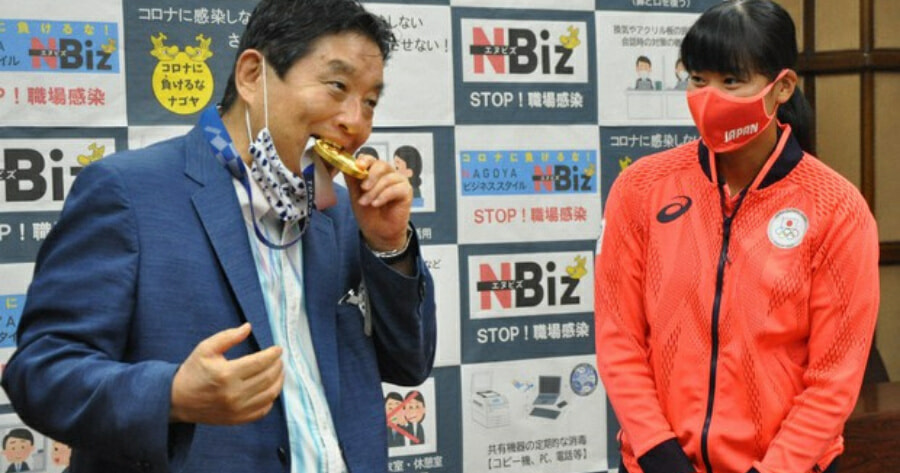 The biting of medals is a common habit at the Olympics but is usually reserved for winners and not others.

This was all changed when a Japanese mayor was hit with a barrage of criticism for sinking his teeth into an Olympic gold medal won by the Japanese women’s softball team.

According to The Mainichi, Nagoya mayor Takashi Kawamura bit into 20-year-old pitcher Miu Goto’s medal during a celebratory event on 4 August, where the pitcher was visiting the municipal government following the team’s victory against the USA in the finals.

When Goto put the medal around the mayor’s neck, he grabbed it and said, “It’s heavy”, before taking off his mask and suddenly biting it without her permission.

He was accused by social media users as well as athletes for ignoring Covid-19 restrictions and lacking respect towards the athlete. This apparently led to the term “Germ medal” to trend on Japanese social media.

This prompted Japanese silver medallist fencer Yuki Ota to share his thoughts on it via Twitter. “First, he lacks respect for the athletes who have had to put their medals around their own necks or ask their teammates to do so as part of anti-infection measures. And now he bites the medal? It’s inconceivable to me,” he said.

Meanwhile, Japanese judo gold medallist Naohisa Takato said that “I handle my own gold medal so gently not to scratch it. I would cry if that happened to me.”

Even Toyota Motor Corp which owns the club, Red Terriers which Goto plays for, has criticized Kawamura, stating in a statement, “It was an unworthy act and lacked respect” for the athlete’s long-running efforts that helped the national softball team clinch victory.

The 72-year-old mayor after reportedly receiving thousands of complaints from city authorities has since apologised for his actions via a press conference on 5 August and offered to pay for a replacement medal.

“I forgot my position as Nagoya mayor and acted in an extremely inappropriate way. I saw the gold medal that I had admired and acted on impulse. I made the symbol of years and years of hard work dirty. I apologize from the bottom of my heart,” he told reporters.

The mayor has also reportedly spoken with Yasuhiro Yamashita, president of the Japanese Olympic Committee, over the phone on Thursday to say sorry as well as sent a letter of apology to Toyota.

A statement from the organisers of Tokyo 2020 on Thursday said that a replacement had been agreed between the International Olympic Committee (IOC) and Goto, with the IOC covering the costs.

What would happen if this happened to one of our medallists? Let us know what you think in the comments section! 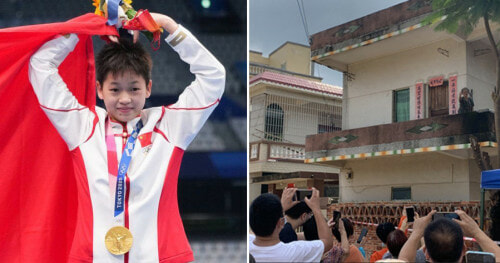