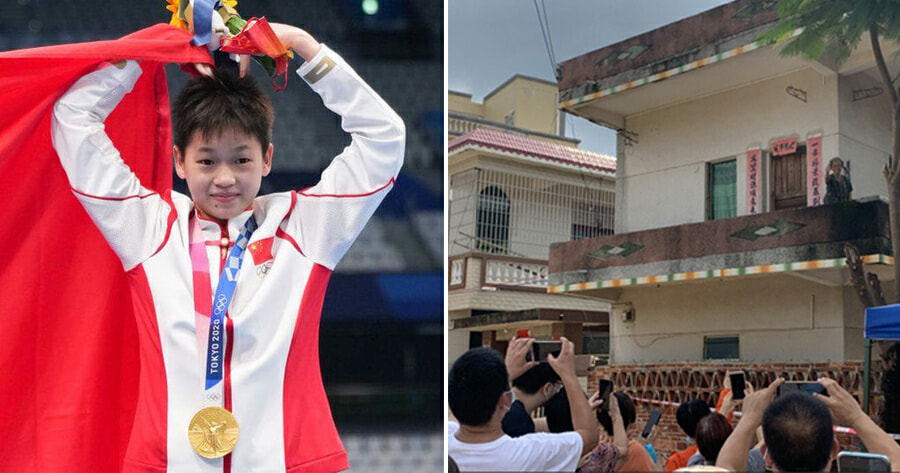 China’s Quan Hongchan shot to fame after bagging the gold medal for the Women’s Diving 10m Platform final at the Tokyo 2020 Olympics. At just 14-years-old, she earned straight scores of 10 from all seven judges during the competition.

She went home a star and was soon receiving tremendous gifts after the Chinese public came to know about her humble background. They even transformed her village into a tourist site. 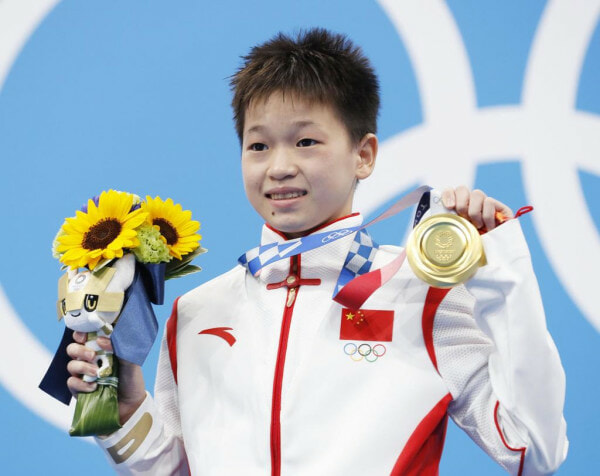 According to SCMP, Quan’s mother is unwell after being involved in a serious car accident in 2017. Her family can only rely on her father’s meagre salary from working as an orange farmer.

Their place of residence at a little-known village soon became flooded with vloggers and fans who created chaos for the Quan family and their neighbours. Not only did the crowds interrupt the town’s daily routine, but they also hindered efforts to control the spread of Covid-19.

It was reported that at least 2,000 people visit the village every day, with some hanging around until 9pm, causing inconvenience to Quan’s neighbours and family. Elderly folk in the village often find it hard to sleep at night. 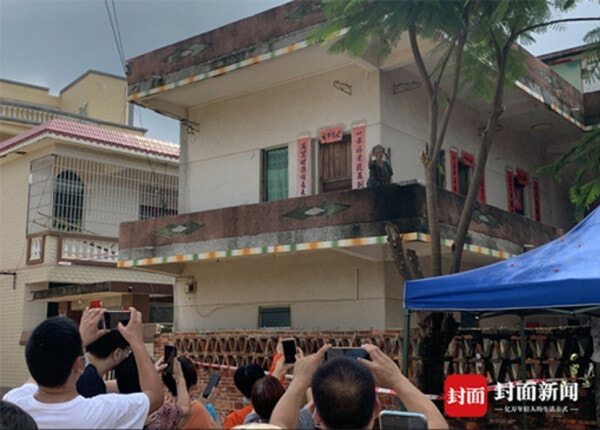 BBC reported that some fans even climbed trees to get a better view and have created hashtags on social media called “how to view Quan Hongchan’s home becoming an internet photo hotspot”.

Certain influencers allegedly camped at the rural village to live stream videos up till after midnight while others knocked on Quan’s door to take selfies with her family members. Some even tried to steal jackfruit from her home as souvenirs.

Insider reported that authorities have since closed off the village to visitors.

Additionally, the girl’s father, Quan Wenmao, said that he was offered a commercial property and 200,000 yuan (RM130,766). However, he declined all of the offers.

“They can just send their regards. There’s no need to come here. It’s disturbing their lives and ours too, isn’t it?” 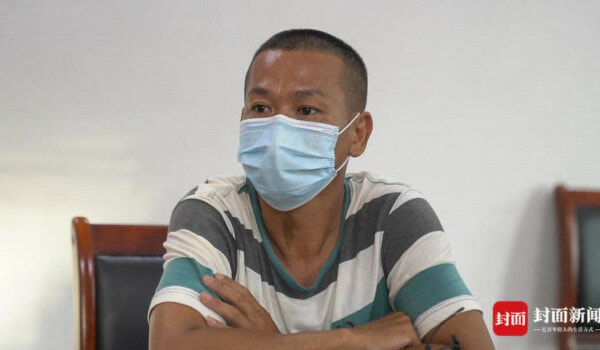 He added that he went back to work on his orange farm as usual after his daughter won the gold medal. Meanwhile, his wife, who is ill, has been busy dealing with the visitors as well.

Quan said the reason why she learned to dive was because of her ill mother.

“My mum is ill. I don’t know what illness she has because I don’t know how to pronounce that character. I just want to make money to get her medical treatment. I need to make a lot of money to cure her illness,” she said.

Her dream has come true as a hospital in Zhanjiang, Guangdong Province announced that they would provide a full range of medical services for her mother and her sick grandfather. According to Global Times, hospital officials said they were proud of Quan and were more than willing to help her family.

Also read: 14yo Quan Hongchan Can Finally Fulfill Her Dream Of Visiting The Amusement Park After Winning Olympic Gold 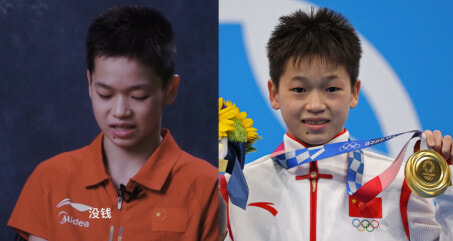