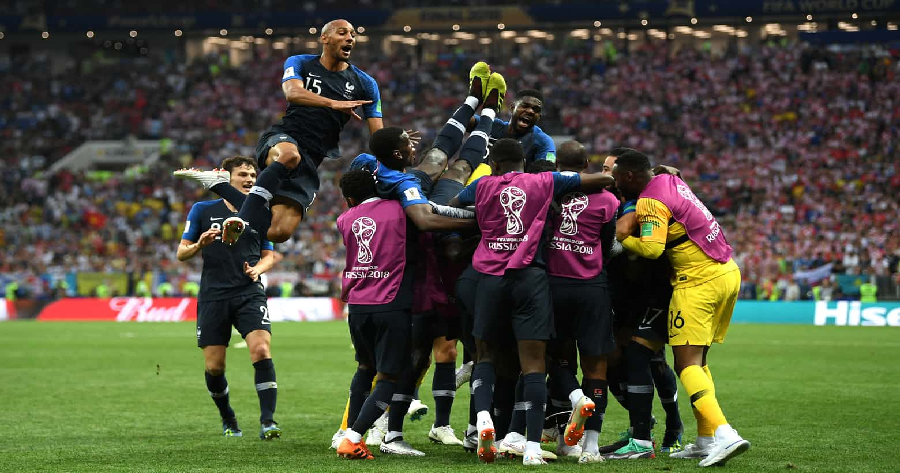 Ladies and gentlemen, after a whole month of brutal and exciting matches, penalty shootouts, and Neymar’s dramatics, we present to you the FIFA World Cup Winner for 2018: 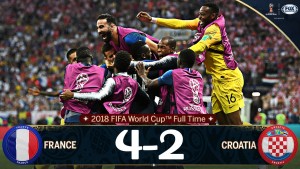 All of the pain and drama that led up to this David and Goliath moment of matches between the underdogs Croatia, and 98′ FIFA World Cup champions France has finally come to a dramatic close!

Croatia scored an own goal and this is the first time any country has done this in a world cup final, but they redeemed themselves shortly after with a goal against France. 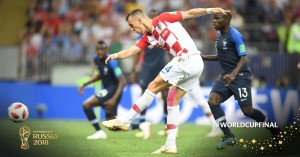 The handball penalty was really nerve-wrecking, but it gave France’s Antoine Griezmann the lead they needed! 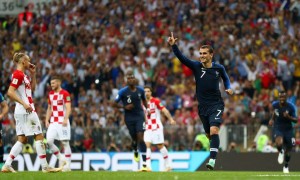 And who could forget the moment that INTRUDERS RAN ACROSS THE FIELD?! 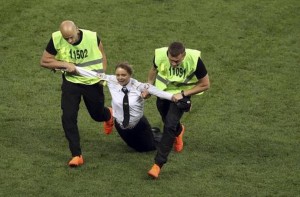 However, that wasn’t enough to stop France from their third goal in the 59th minute by Pogba. They kept it going with the youngest goal scorer in the history of the FIFA world cup, Kylian Mbappé who scored in the 65th minute! 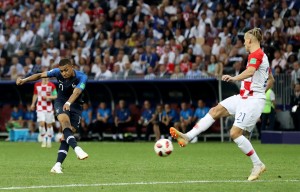 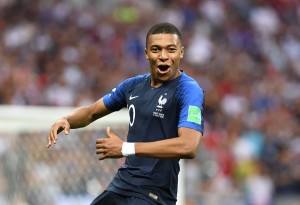 Congratulations France on your incredibly historic victory! Now get out there and celebrate! 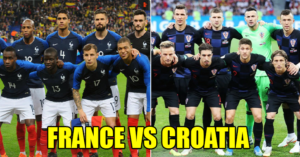