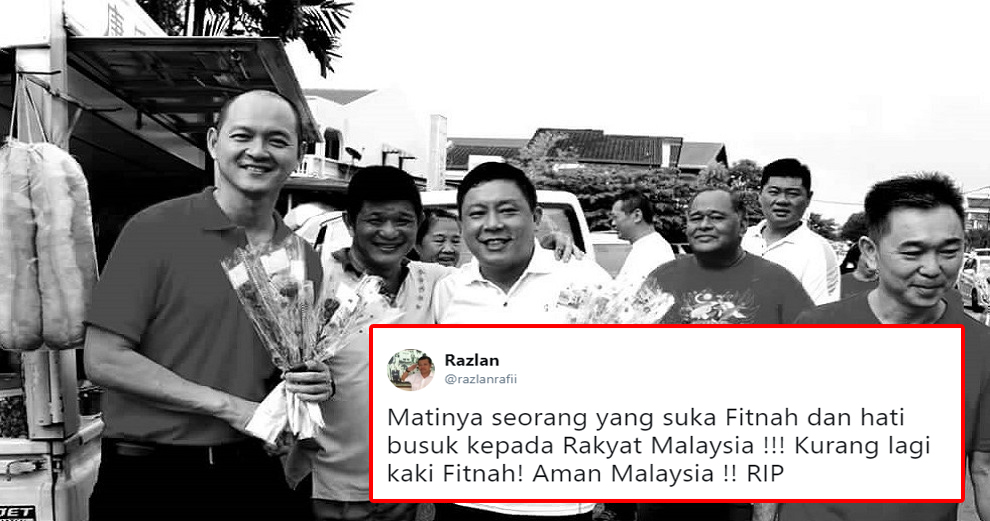 Many Malaysians were shocked when news of DAP’s Balakong assemblyman Eddie Ng Tien Chee was tragically killed in an accident earlier today (20th July) on the Grand Saga highway.

Politicians and ordinary citizens from all over the country sent their condolences, along with their thoughts and prayers to the late assemblyman’s family. Economic Affairs Minister Mohamed Azmin Ali, Permatang Pauh MP Nurul Izzah Anwar, and Bangi MP Ong Kian Ming, were among those who expressed their shock at the loss of their fellow politician.

RIP my comrade and friend. I will miss the sound of your laughter and your smile @eddiengtienchee pic.twitter.com/Y9e5dl4h7u

However, former Federal Territories Umno Chief Razlan Rafii did not carry the same sentiments as his fellow politicians. In a recently deleted tweet that was posted this morning (20th July), he wrote,

“A person who likes to slander and has a vile heart (hati busuk) towards Malaysians is dead. One less slanderous person! Malaysia is now peaceful! RIP.” 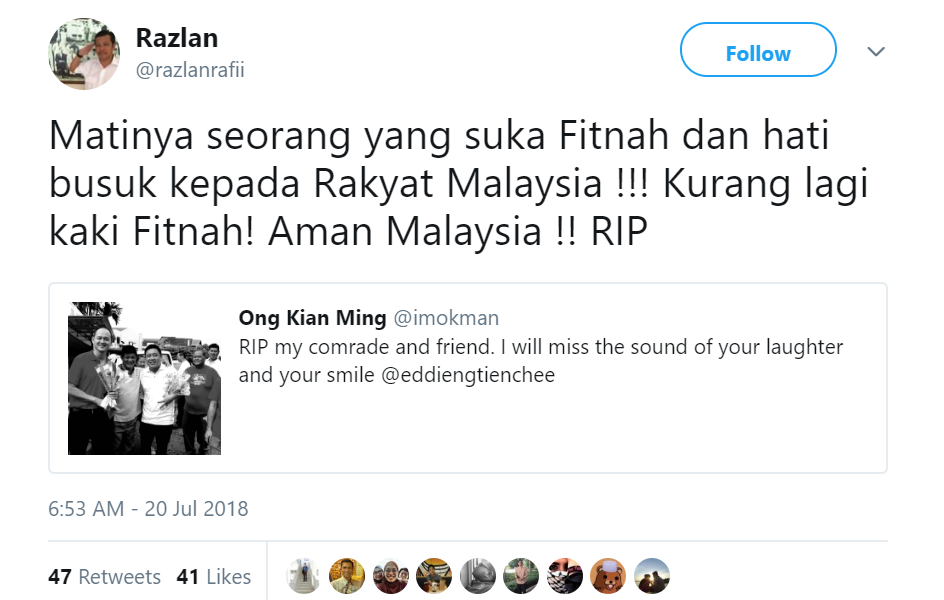 His tweet was immediately met with hundreds of responses from outraged netizens, who called him out for being disrespectful to the deceased. Many also urged the Umno leader to delete the tweet, adding that Muslims must respect the dead, regardless of their religion.

In light of the public’s response, Razlan told Malaysiakini that he did not mean to insult the DAP assemblyman, saying,

“Actually, I delivered my (condolences) wish just like other people would. I had no intention to insult him. I also hope he rests in peace.”

“I did not mean to insult him after his death, but what about what he said while he was still alive with his accusations against (former prime minister) Najib Abdul Razak and other Umno members of being thieves and all, even though there is no truth in those words?”

“Then I wished for him to rest in peace.”

He also pointed out that Jelutong MP Jeff Ooi had also made a similar rude remark online when a PAS spiritual adviser, Haron Din, had passed away in 2016.

“We have to remember, DAP has never respected others. (For example), Ooi insulted Haron when he passed away. He said he didn’t insult but from his remarks, people knew what his opinion was.”

“(At that time) DAP leaders did not criticise Ooi. I did not say ‘adios’ like Ooi. I said RIP and wished for him to rest in peace even though we know he did all sorts of things to Umno members and accused us of being thieves, but I said RIP.”

We should know better than to say such disrespectful things about a person who just passed away, regardless of our political views.

Our condolences go out to the late assemblyman’s family and friends, and we hope that they can find the strength to endure this tragic loss. 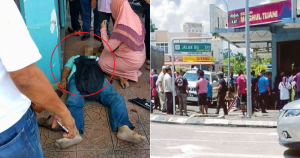