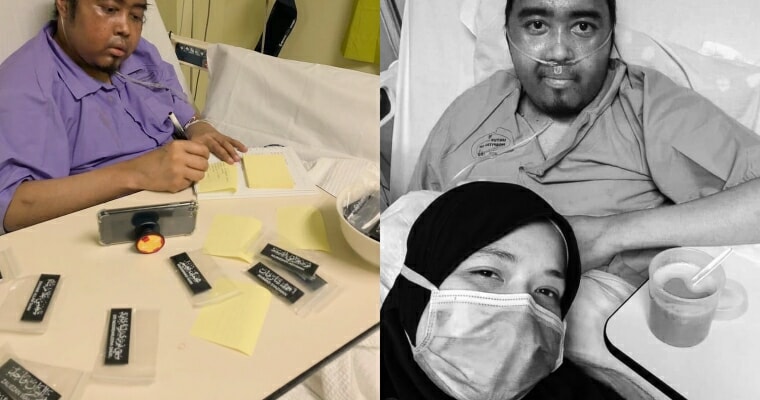 Most of us complain about life and a lot of our complaints are actually “first world problems”. We often forget to look around us and support the people who are struggling with life.

A former teacher from Alor Setar, Kedah has been diagnosed with stage-four lymphoma, and while he struggled to fight for his life, he managed to open up a mini business to support his family and his medical expenses. 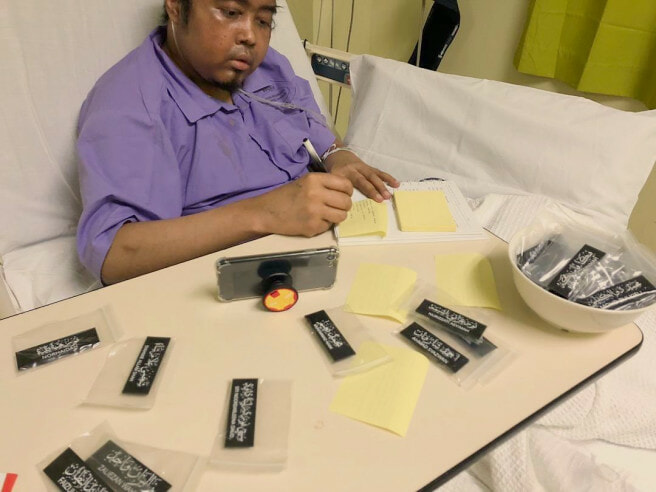 His friend, Mira Jamal decided to share his story on Facebook on 29 October, saying that Din will “never let people fund for him”. Even when he was in comatose a couple of weeks ago, his business was still going on. What inspired us was that he pledged to earn every penny by himself to pay for his oxygen support bills, as well as other expenses. 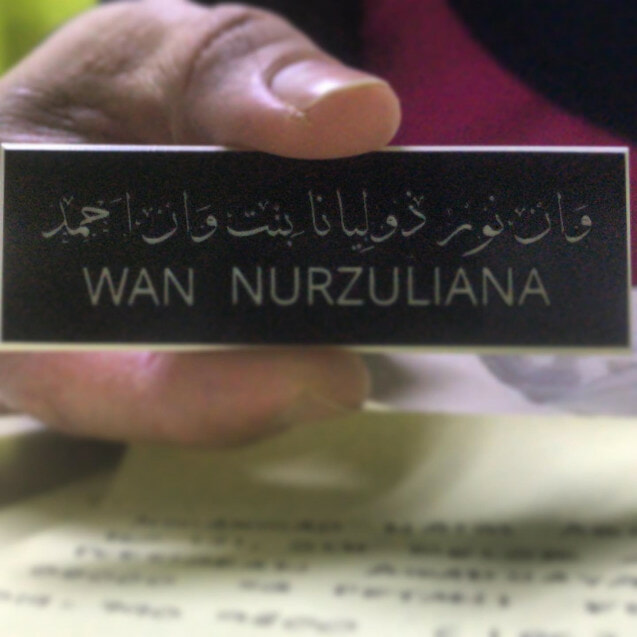 Being the breadwinner of his family, he worked hard to make customised khat name tags even though he was battling cancer AND bedridden at the hospital. According to Mira, Din is now immobile and requires 24 hours of oxygen support. With the limited amount of money he gets from making customised name tags, he hopes to earn enough to purchase a portable oxygen tank, hospital bed, as well as a wheelchair. 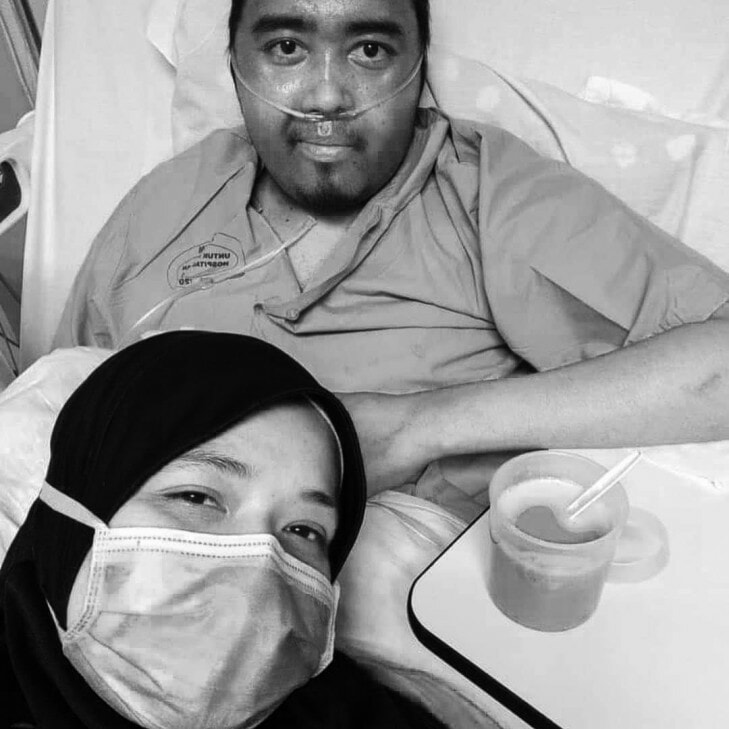 The kind soul who helped the family to promote their humble business also mentioned that Din would like to reunite with his two children once he gets home from the hospital. They run the name tag business via two Facebook pages called “Budin VS Baguk” and “PageKhas Mini“, and we believe his wife manages the pages.

Not only that they are struggling financially and physically, but they’ve also lost their car in an accident. Apparently, their car was one of the vehicles that got rammed through by a RapidKL bus.

We hope that this business would be able to lift Din’s burdens and that more people would support them. Speedy recovery, Din.

Also read: Elderly SG Man is Dying of Cancer in Bangkok, Pleads Internet to Find His Family Before It’s Too Late 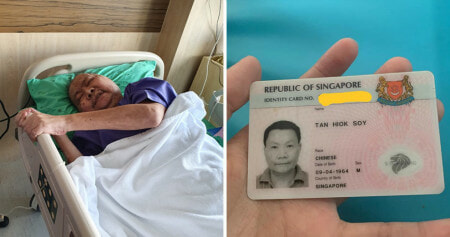