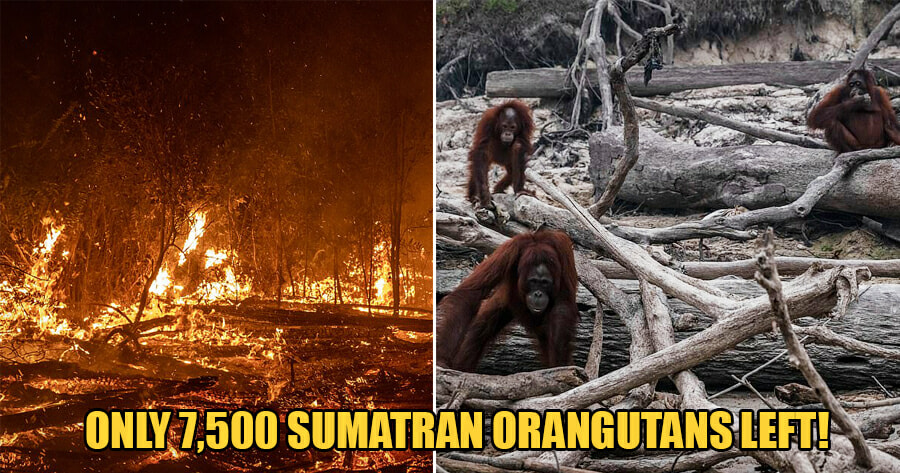 The haze in Malaysia this year is one of the worst we’ve ever seen. It has become so bad that Kuching was just announced as the most polluted city in the world! However, even though many of us have every right to complain about how polluted the air is due to burning jungles in Indonesia, we forget that we aren’t the only ones suffering.

While farmers in Indonesia burn down forests to clear land for farming, the Sumatran orangutan is pushed further into the risk of extinction. The critically endangered species, who built their homes among the trees, are now left stranded on forest ground with no place to seek shelter and are more vulnerable to predators. 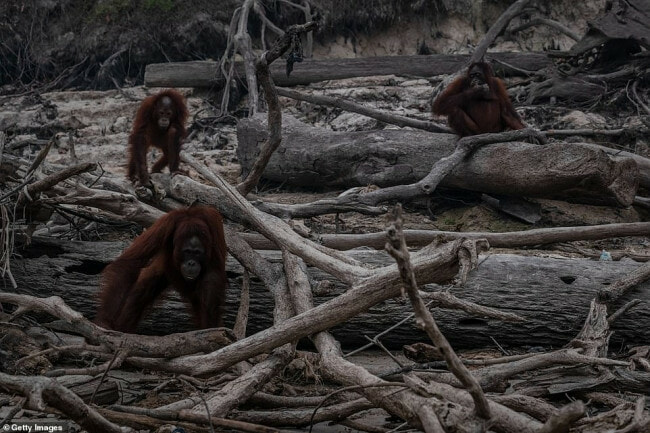 Photos show a group of orangutans left stranded on Indonesian ground as they sit among burnt branches and fallen trees, with some trees already reduced to ashes.

Another photo shows a young orangutan hanging from a tree and refusing to let go as the jungle around it continues to burn into the night. 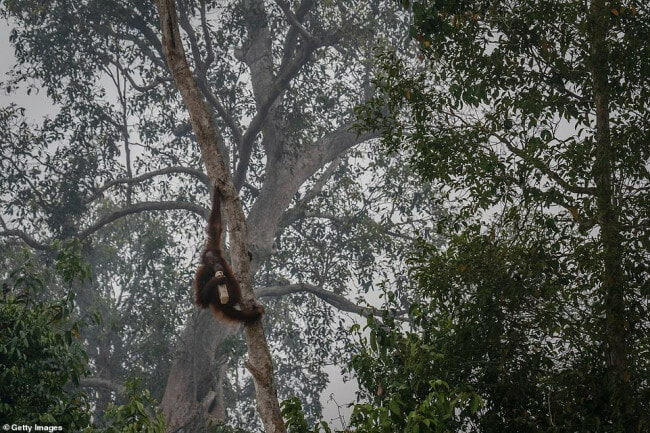 According to Daily Mail, the population of the Sumatran orangutan is now allegedly as low as 7,500 with deforestation being one of the major reasons for the decline of the species.

This contributes to another problem as Sumatran orangutans are ‘caretakers’ for the jungle. This is because they help spread seed across the jungle they inhabit which facilitates the planting of new plants and trees. 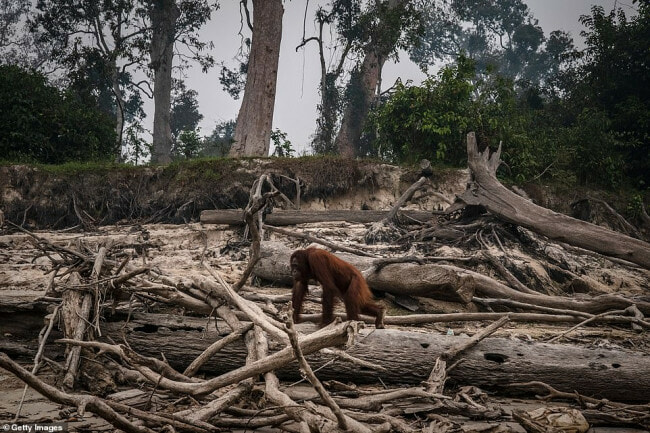 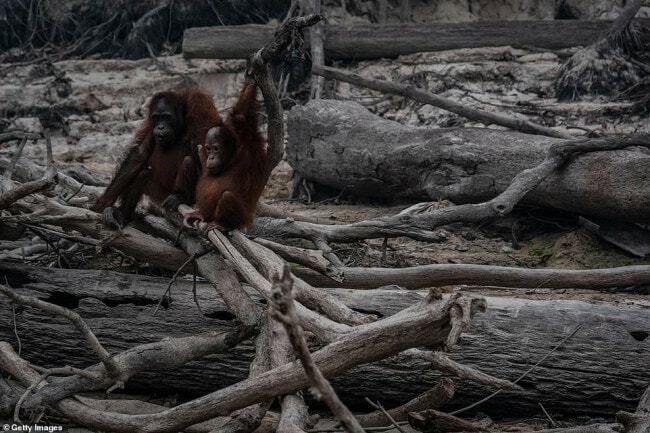 While it is common for plantation owners to set jungles on fire to clear land for farming, efforts to extinguish the flames are hindered due to the draining of swampy peatland forests for pulp wood and palm oil plantations.

Meanwhile, plantation companies including four firms affiliated with Malaysian corporate groups and a Singapore-based company are under investigations and waiting for decisions on possible punishment.

The burning of forests need to stop! It puts so many animals’ lives in danger and is a health threat to citizens in neighbouring countries. Hopefully something is done about this as soon as possible! 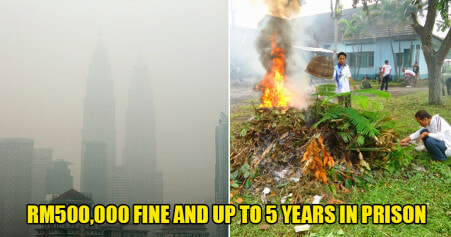