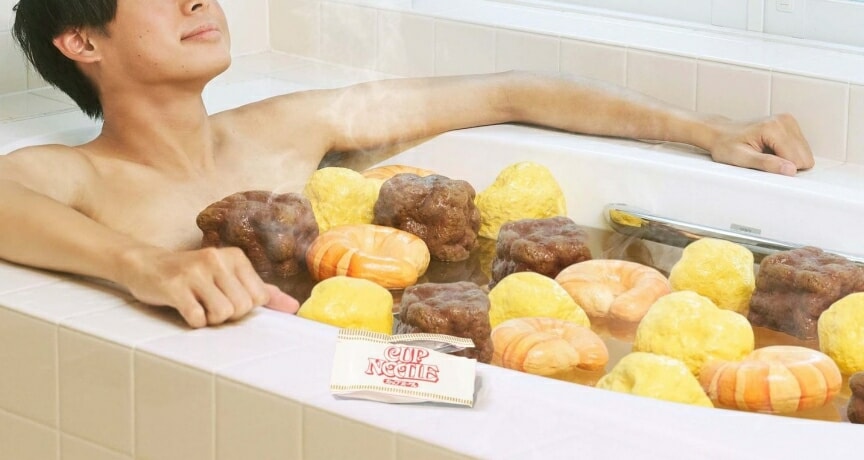 Things you didn’t know you needed…

Japan is back at it again, with its confusing, creative products. This time, it’s cup noodle flavoured bath bombs. On 26 November, the official account of Cup Noodles Japan, owned by the Nissin group, posted a tweet that says: “I tried to make a bath toy so you can taste the feeling of the ingredients of cup noodles”.

The tweet featured a photo of a man immersed in a bathtub with some shrimp-like and meat looking bath bombs. “#A cup of noodles after the bath #Good bath day,” the caption said. As of the time of writing, the tweet has garnered over 35k retweets and 96.4k likes.

The idea of turning yourself into a literal snack and bathing with the smell of cup noodles are really extraordinary. Nevertheless, the official website of Cup Noodles Japan did not show any relevant bath bomb products. So the tweet could just be a joke or a hint that it will introduce cup noodles flavoured bath bombs in the future.

Previously in September, the company had also introduced the Nissin Cup Noodle Soda, a series of ramen flavoured fizzy drinks to celebrate its 50th anniversary.