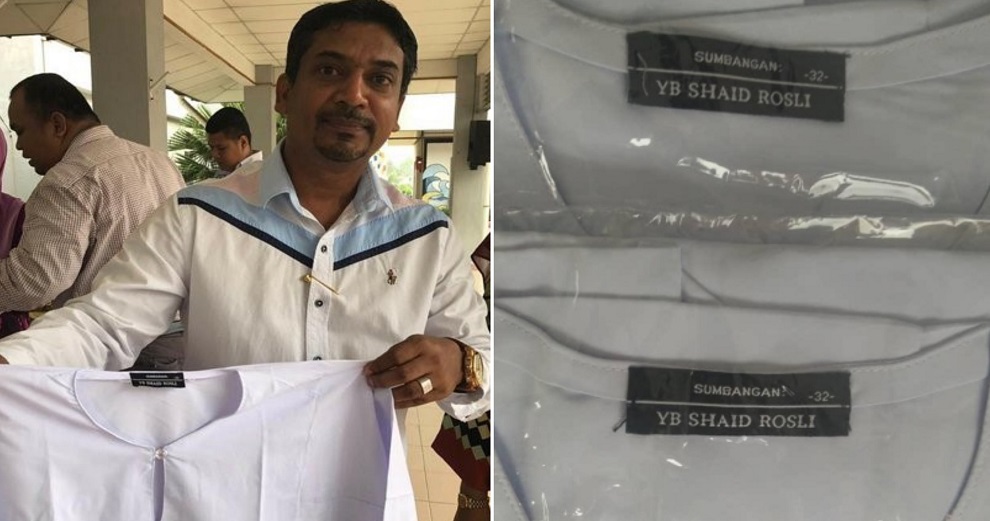 Just last week, Parti Pribumi Bersatu Malaysia (PPBM) Jeram assemblyman Shaid Rosli was under fire for giving away school bags with his face and name printed on them to primary school students.

According to Free Malaysia Today, the Jeram assemblyman is now distributing over 10,000 uniforms with his name printed on the labels to 10 schools within his constituency. Just this morning (16th January), he handed out 1,600 uniforms at SK Puncak Alam 3, Selangor. 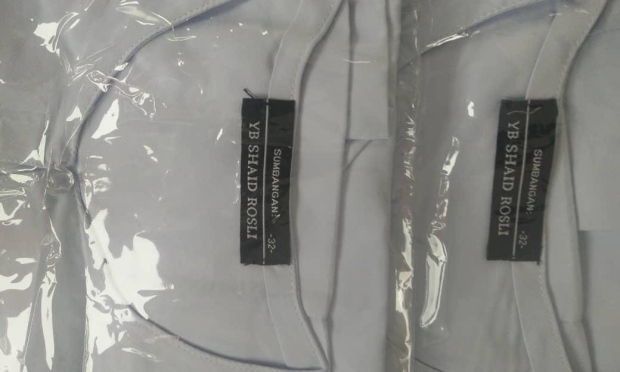 Shaid Rosli issued a statement regarding the distribution of uniforms, and was quoted as saying,

“It is a sincere contribution to help students who are less fortunate. The uniform bears my brand name ‘YB Shaid Rosli’. It can be seen on the collar.”

According to the Malay Mail, the Jeram assemblyman stated that these uniforms were actually meant to be distributed before the school year began, but there were delays in deliveries from vendors. 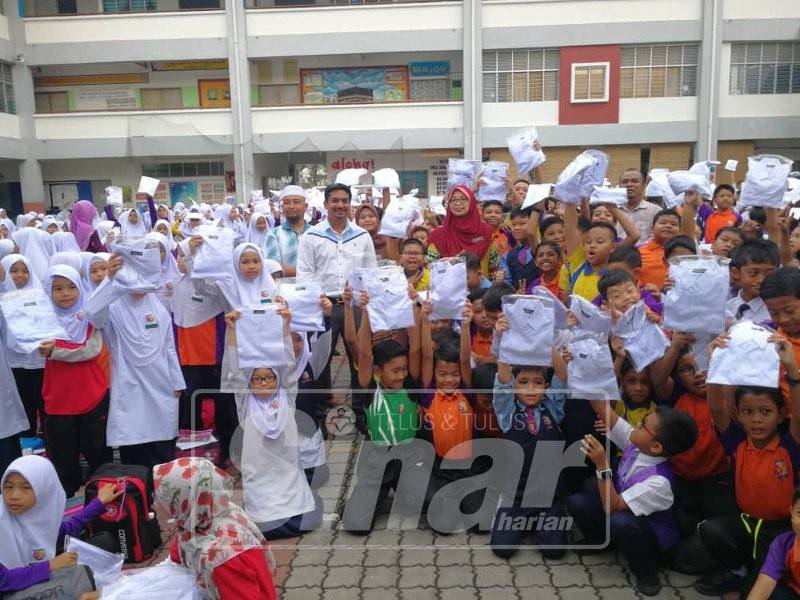 After receiving backlash for the school bags that had his face printed on them, Shaid clarified that it was a printing error and that it was actually meant to be a sketch of him instead. The bags were reportedly ordered from China.

Also read: PPBM Rep Whose Face Was Printed on School Bags Says It Was an “Error”, M’sians Outraged 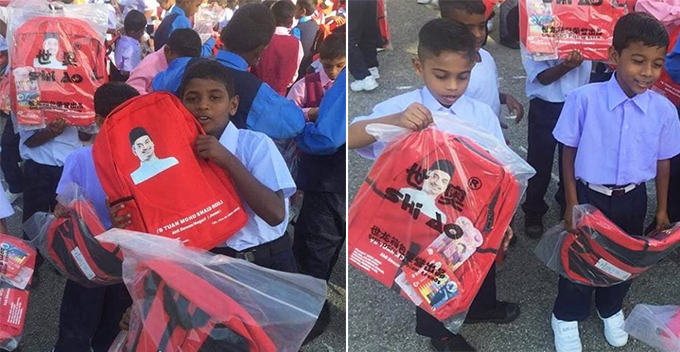