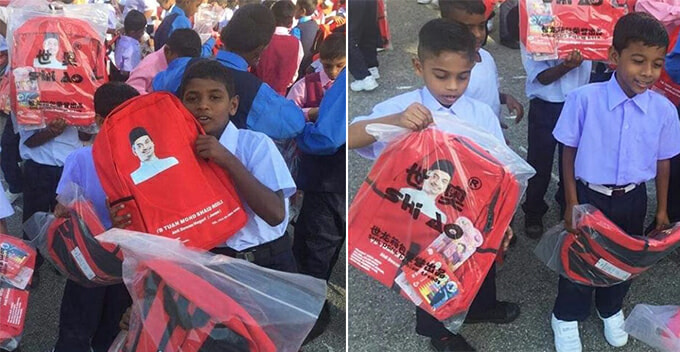 Just because they need the bags, doesn't mean it's okay to manipulate their needs for the sake of scoring some brownie points. pic.twitter.com/VD0PPu1ZKf

Netizens claimed that “he is helping those in need, solely for political mileage”.

According to FMT, Shaid responded to this controversy yesterday (7 January), claiming that it was a printing error. It was meant to be a sketch, not an actual picture of him, as reported by Berita Harian.

“I ordered the bags while I was in China. It was an old order, made four months ago.” 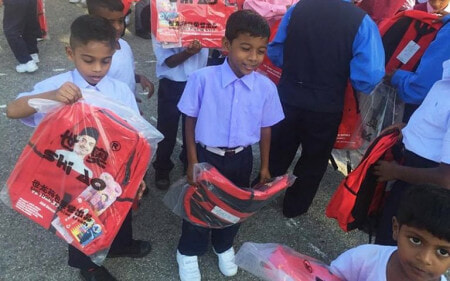 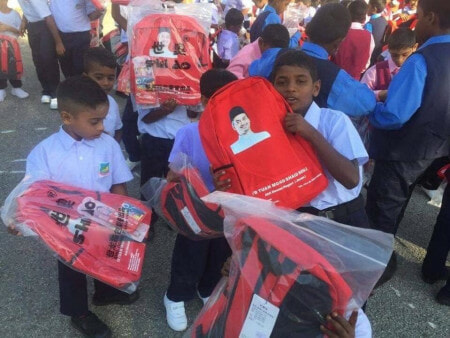 “We wanted something different but when the backpacks arrived, it was too late.”

Despite what others think, he saw nothing wrong with having his face printed on the backpacks and refused to apologise for what had happened, before denying he was seeking ‘popularity’ in helping out the needy. 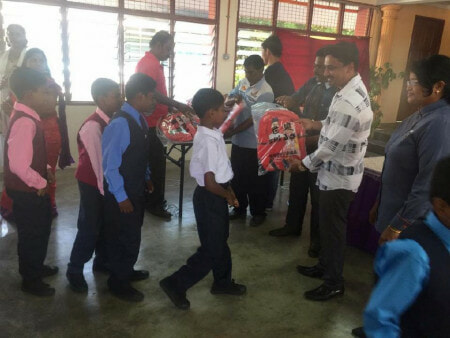 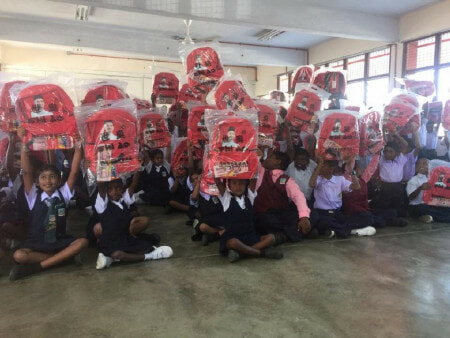 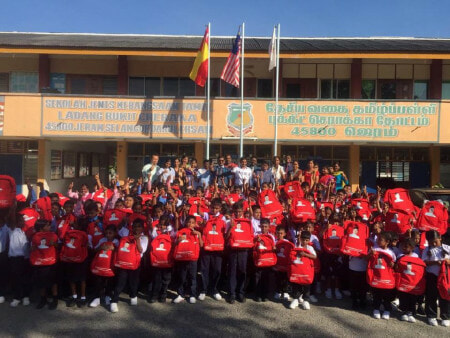 “What is important here is the positive feedback by the parents and students who received my aid as they are the ones who need it,” he added, as reported by Berita Harian.

Shaid was reported to have ordered and distributed 1,000 school bags to five schools in Jeram and will also distribute school uniforms next week.

What do you think of this whole situation? Tell us in the comments section below!

Also read: Parents of B40 Students Forced to Fork Out Money for Supplies As School Aid Was Delayed 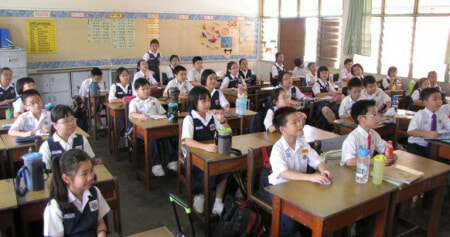