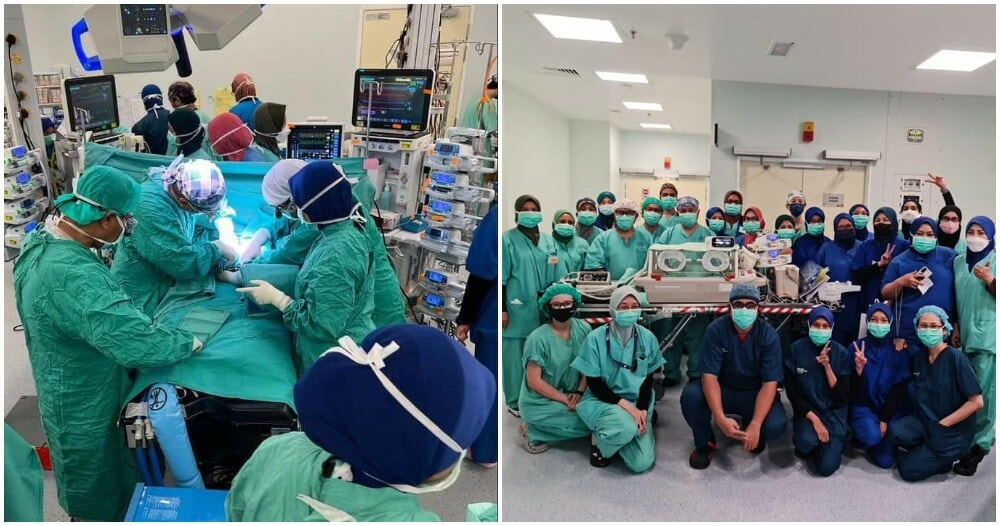 Hospital Tunku Azizah (HTA) has created history after successfully separating a pair of conjoined twins who were born prematurely at 33 weeks.

Paediatric surgeon Dato’ Dr. Zakaria Zahari said that separation of conjoined twins are normally done when the babies are 6 months to 3 years old. 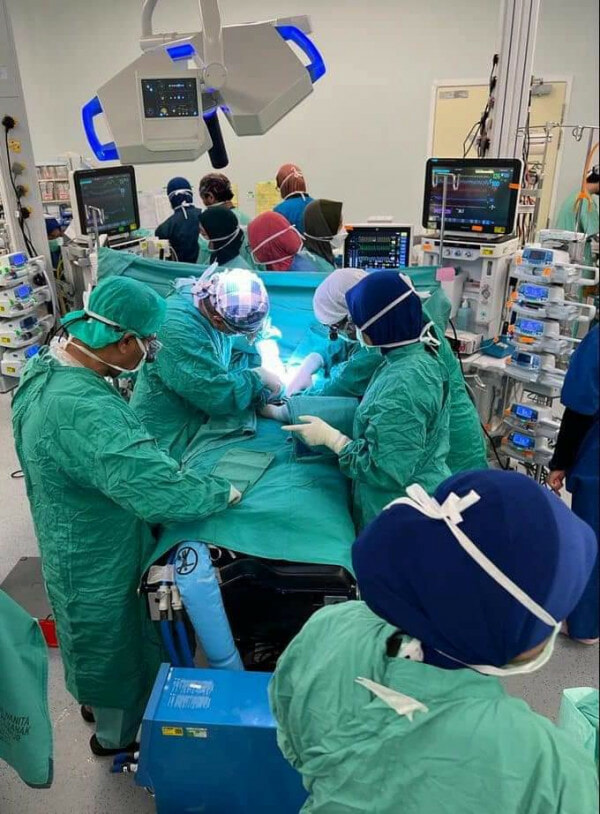 However, due to a complication named ‘extrauterine twin-to-twin transfusion syndrome, the twins needed to undergo the separating surgery at the tender age of 17 days.

The set of twins was born prematurely at 33 weeks in Hospital Raja Permaisuri Bainun (HRPB), Ipoh and was promptly referred to HTA.

On 15 March, specialists from both HRPB and HTA made a decision to go through with this high-risk operation with a large team consisting of Dato’ Dr. Zakaria who leads 6 other paediatric surgeons from other Malaysian states, an anesthesiologist team led by Dr. Intan Zarina and Dr. Ruwaida, about 20 nurses and surgery hall staff. 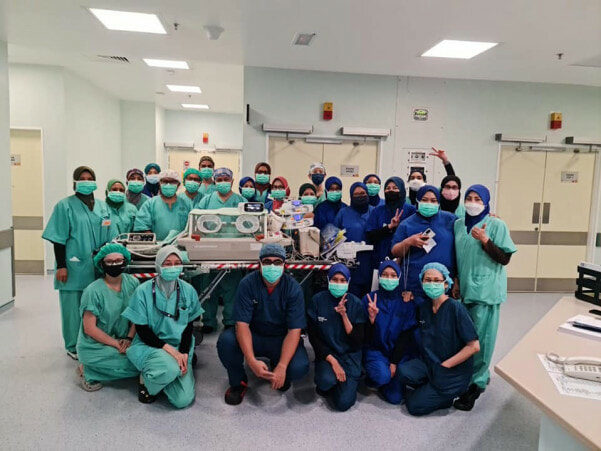 Within 66 minutes, the twins were separated without any major complications and they found that the twins had their own set of organs except the liver which they shared.

This surgery is the third separation surgery ever since HTA has been established and the YDPA has congratulated the team for making history. 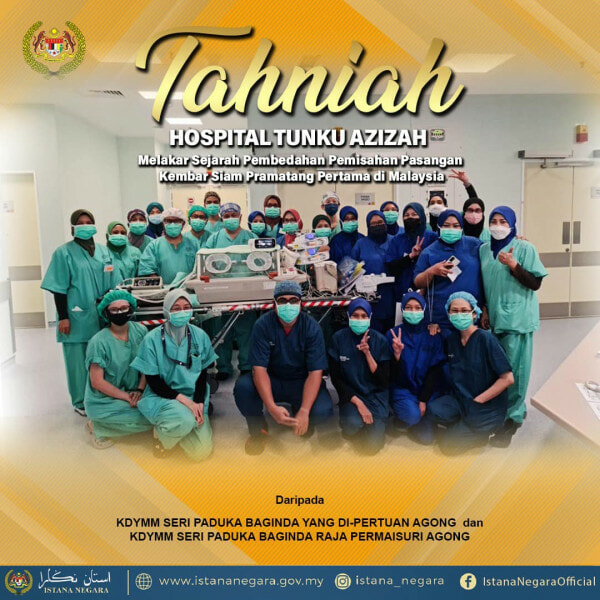 The king and the queen also hope that the separated preemie twins will be able to heal well so that they can live life like other children.

Bravo to the HTA team for creating history by completing this high-risk surgery! We hope that the babies will recover and reunite with the family soon. 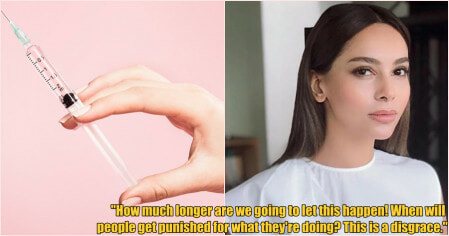