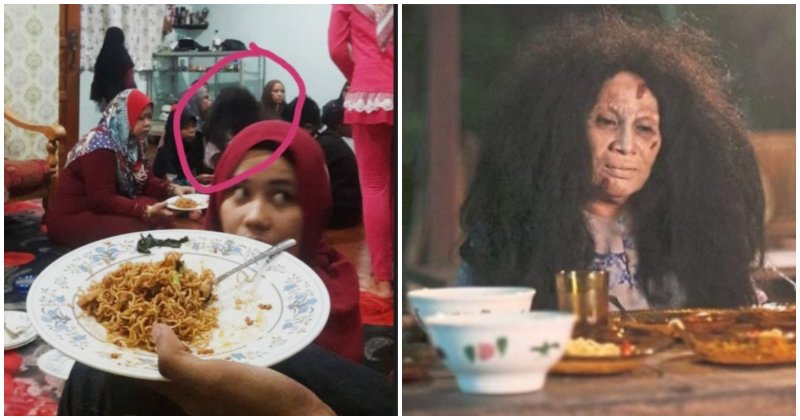 Festive seasons in Malaysia often mean open houses, which can be defined as a party that is open to all visitors. But where do you draw the line between a visitor and an unwanted presence?

You don’t, because unwanted presences doesn’t need your permission to enjoy the festivities.

41 year-old Ramlah Kassim and her family were attending her brother’s open house in Negeri Sembilan when they discovered an unwanted visitor. As everyone was soaking in the atmosphere, eating fried noodles and Raya cookies, Ramlah’s nephew decided to take a picture of the living room which was full of people.

After he shared the image in their family WhatsApp group, Ramlah was approached by her sister who asked her to step outside for a quick chat. 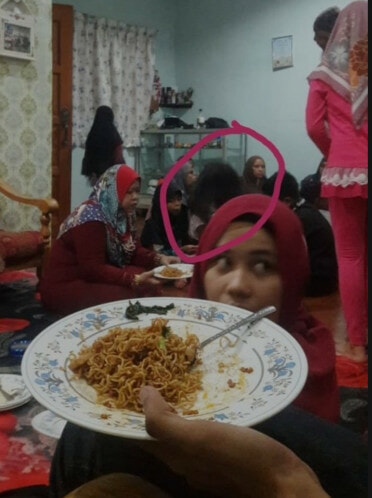 “My sister then showed me the photo taken by my nephew. Only God knows how shocked I was to see what looks like a woman with big hair, sitting near me, my sister and her kid.” Ramlah told mStar.

Once they returned to the house, they both informed their family members to check their family WhatsApp group. Everyone was shocked as clearly the only thing present where the woman was sitting was a container of Raya cookies left open for easy access. 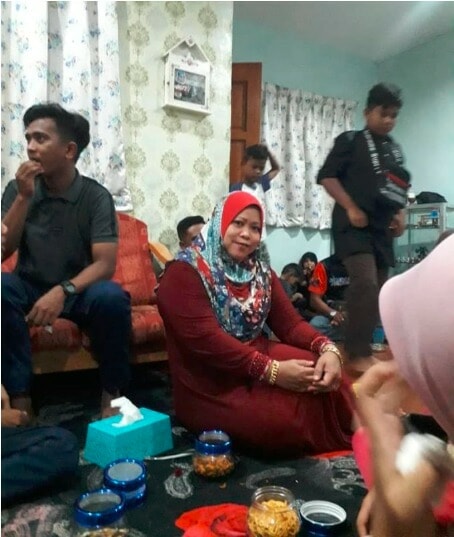 Ramlah described the woman in the photo’s position as literally sitting on top of the bottle.

Fortunately, nothing weird happened to any of the family members for the rest of the night, though many speculated that someone with bad intentions might have sent the spirit. Others were even willing to joke about the incident, mentioning that the lady seemed to be dressed in a Kelantanese Baju Kurung, and so might have been there to join the celebrations.

Some even added that the lady looked like the ghost made popular by the local Malay movie, Hantu Kak Limah. 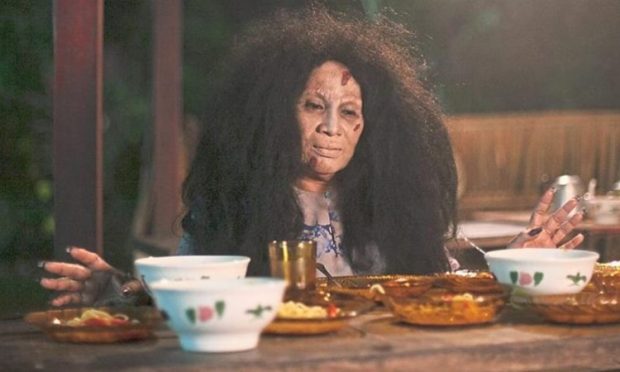 Ramlah mentioned that they were the last family to arrive at her brother’s house at about 7:40 in the evening, and Malay tradition dictates that it is unwise to be going in and out of the house after dark as that’s when spiritual beings roam.

She added that the moral of the story is that when attending an open house, do arrive at a suitable time.

I personally don’t see anything wrong with it, she just wanted to party. 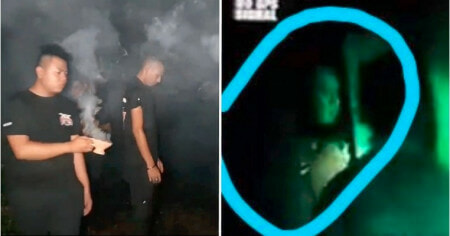