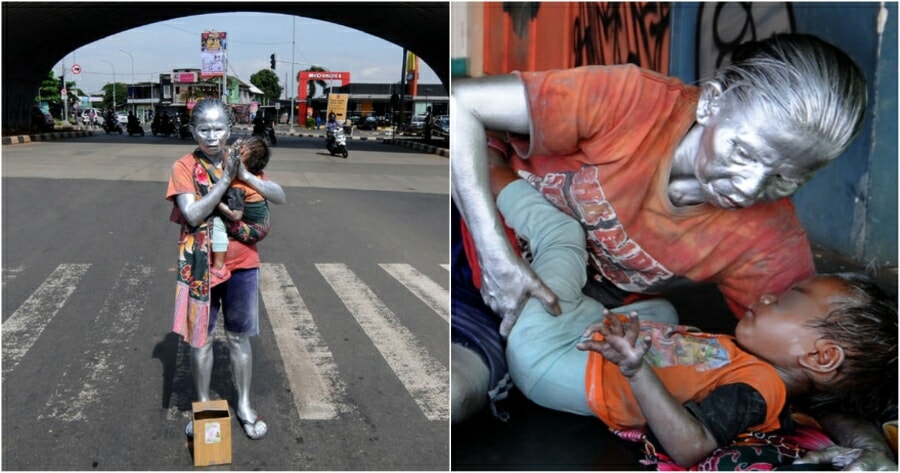 Divorce was all it took for the parents of a two-year-old to abandon the child with his grandmother. But, thankfully, the grandmother was happy and willing to break her back to take care of the little boy.

According to Merdeka.com, Grandma Mumun, who is in her 60’s; has been working hard as a ‘silver person’ in Indonesia, so that her two-year-old grandson, Reihan, gets at least a mouthful of rice a day.

Every day, she completely covers herself in silver paint before she busks on the streets. With one can of paint priced at Rp35,000 (RM9.90), she paints herself until not a hint of her original skin colour could be seen. 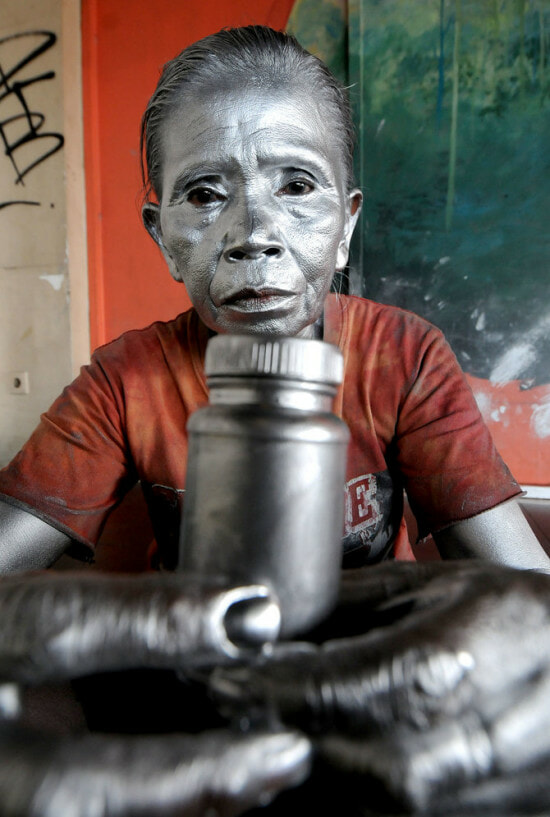 “After busking, the paint can be removed with dish-washing liquid,” she shared.

She has allegedly been busking under the heat of the sun for about four months now, with her little grandson by her side. 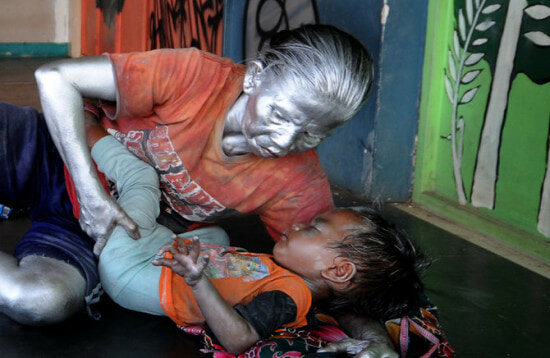 Grandma Mumun was previously a house helper in Tangerang, but after Reihan’s parents got divorced and left him with her, she was forced into busking to earn and care for the child.

While holding Reihan close, she stands in front of a box like a statue by the side of the road, hoping that kind Samaritans would pass by. 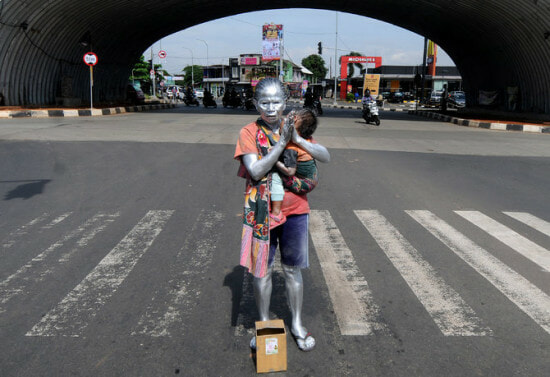 From morning till the evening, she would earn about RM14 to RM28 a day.

“What’s most important is that I can buy milk for Reihan and eat every day,” she added.

It’s truly saddening to know that the poor, elderly lady was put in such a situation, but she is happy and willing to work hard to care for her little grandson.

We genuinely hope that more people walk by the area so that she can earn more and take a break once in a while. 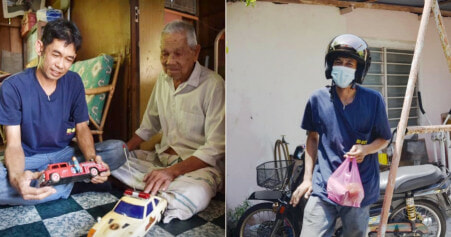