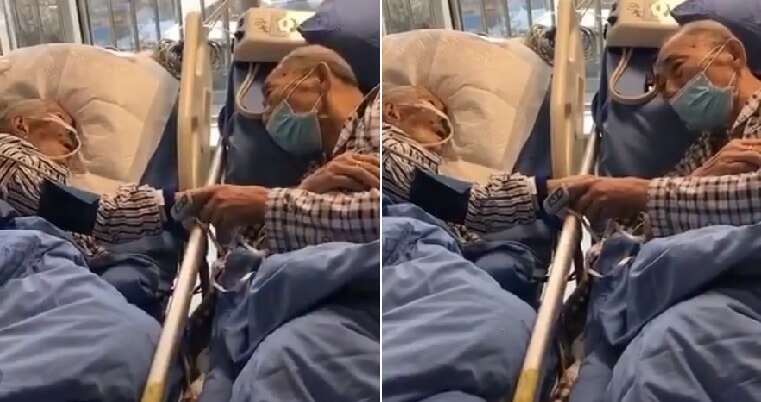 The coronavirus outbreak in Wuhan, China is still ongoing and it doesn’t look like it will be stopping anytime soon. The latest update is that 426 people have died and there are currently 20,620 confirmed cases globally ,but most of the cases are in mainland China, CNN reported.

In the midst of all these, a video of an elderly couple has gone viral after it was posted on social media. A Twitter user shared it out and claimed that the incident happened in China. It is believed that the couple, who are supposedly in their 80s had tested positive for the Wuhan virus.

Both of them are lying on their beds while holding hands. In the caption, the user writes, “What does (being) a couple mean? Two elderly patients of #coronavirus #CoronavirusOutbreak in their 80s said goodbye in ICU, this could be the last time to meet and greet (each other).” 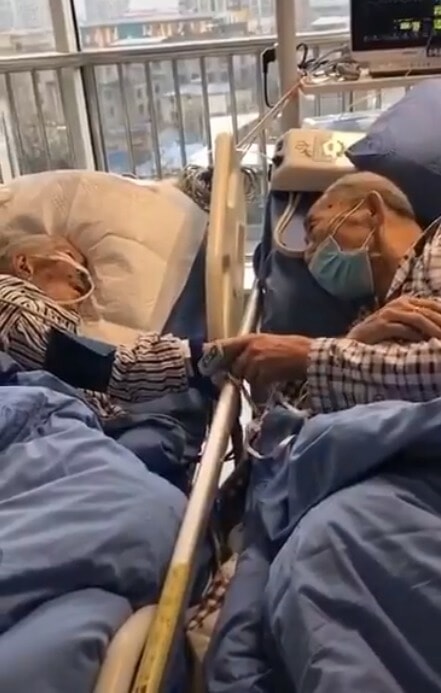 The video shows the husband talking lovingly to his wife, who is hooked up to some machines while she lies there weakly but still grasping her husband’s hand. This virus has been known to be especially difficult to beat, especially for those with weakened immune systems such as the elderly or the young.

The touching scene brought a tear to many netizens’ eyes as they saw the love between the elderly couple. They were also saddened by the fact that this couple may not be able to see each other again as they might not be able to fight off the deadly virus. This might possibly be the last time that they could see each other and bid each other farewell after a lifetime together. 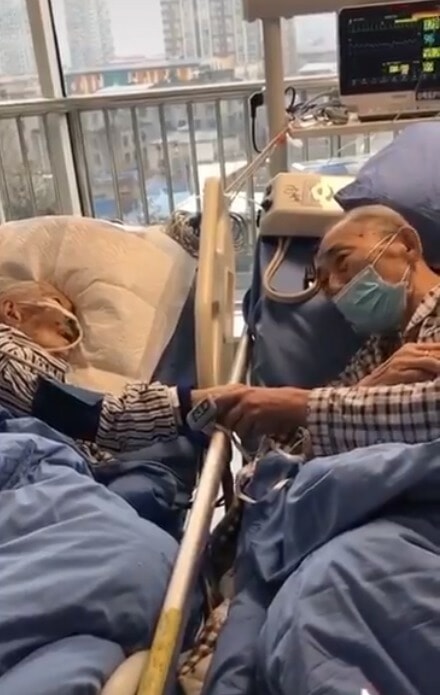 Many netizens were sending their blessings and prayers to the couple, hoping they would survive while some of them said they hoped the medical staff would stay strong. Others said that it was heartbreaking to see but were glad that the couple could meet for the last time.

That’s so sad! We hope the couple managed to beat the virus! 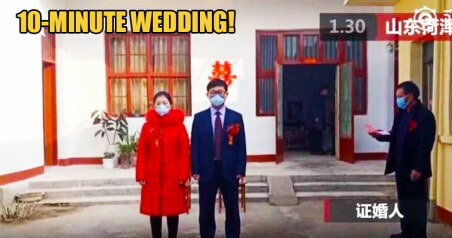