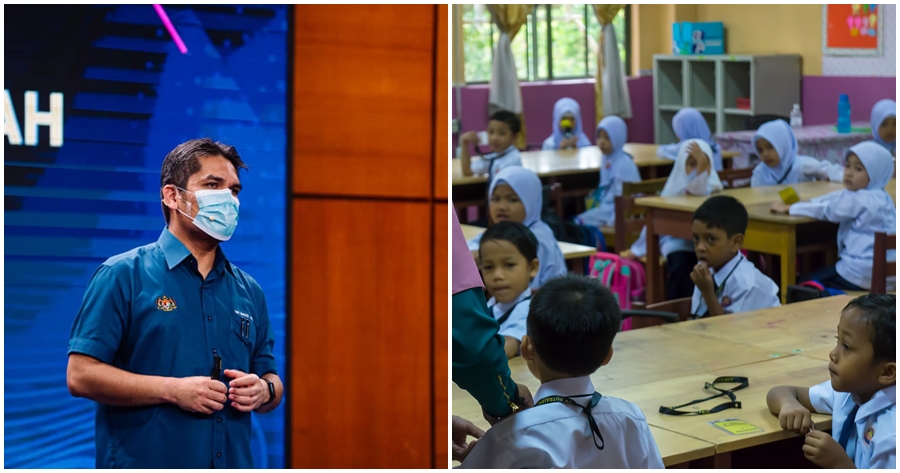 On 12 September, the education minister Dr Radzi Jidin took to a media conference to announce the latest SOPs and matters relating to the reopening of schools.

In the said press conference, he has said that the next schooling year will begin in March 2022. He elaborated that January and February will be used as “intervention” months in whereby students who are lagging behind in studies will get to catch up in order to move on to the next standard/form. 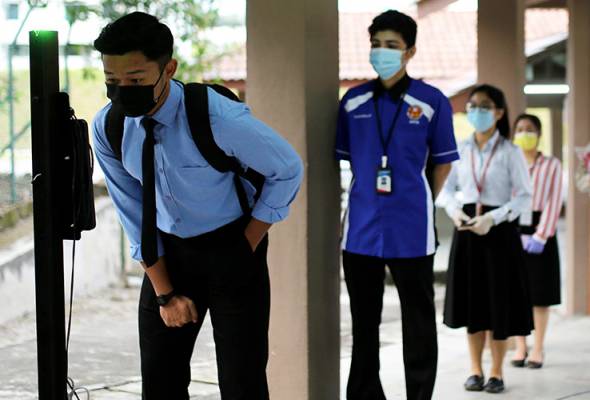 The minister also elaborated on the specifics of how learning will be conducted after the previous conference, in which he announced that schools will reopen on 3 or 4 October. 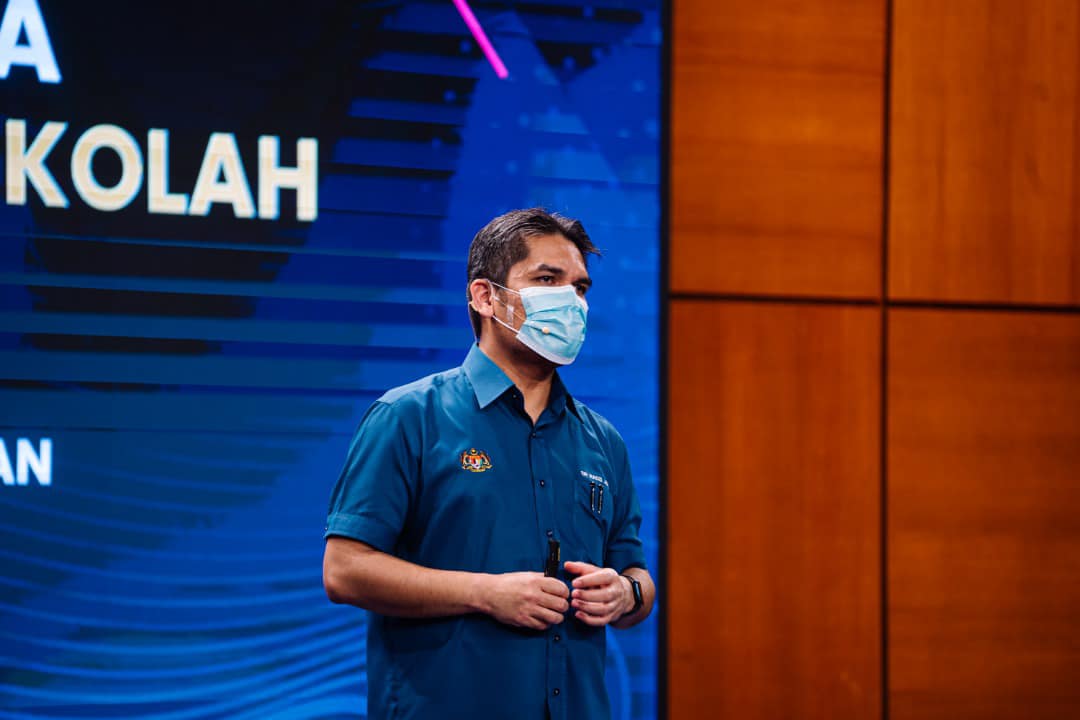 As for Phase Four states, the continuation of physical learning will work a little differently as there is a change every two weeks from 3 October to 11 December. Hence, it would be easier to look at this timeline provided by the Ministry of Education. 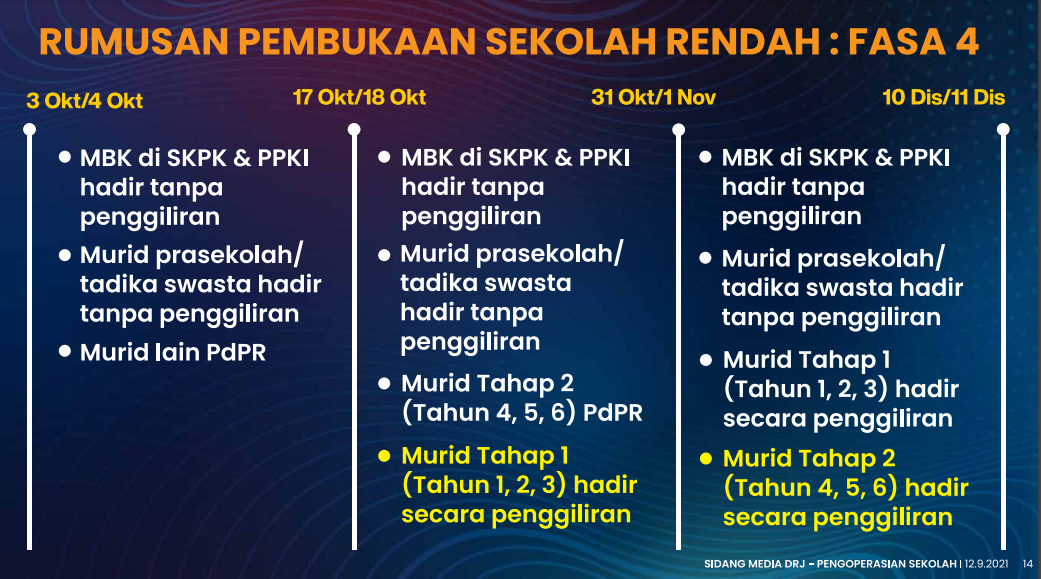 Timeline of the reopening of schools (primary) in phase four states.

While the first two weeks between the period of 3 October to 18 October seems to follow how schooling will be conducted in Phase 3 states, the subsequent two weeks that follow (18 October – 1 November) will introduce physical classes on a rotational basis to primary students in Standard 1,2,3 and secondary students in Form 3 and 4 who are taking public exams in both government and private schools.

During this time, students sitting for international exams will also be introduced to physical classes on a rotational basis. Meanwhile, students in peralihan, Form 1 and Form 2 will be having online classes. 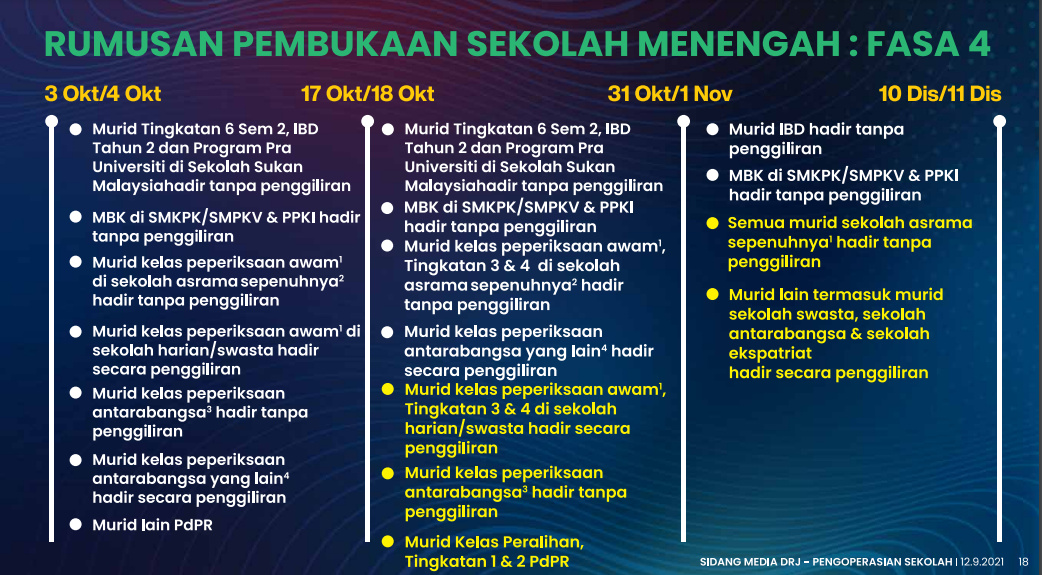 Timeline of the reopening of schools (secondary) in phase four states.

It should be noted that rotation means separating a class into two groups; one group will be having physical classes while the other will have online classes. The two groups will take turns every week to have physical classes.

What do you think about this plan? Let us know in the comments! 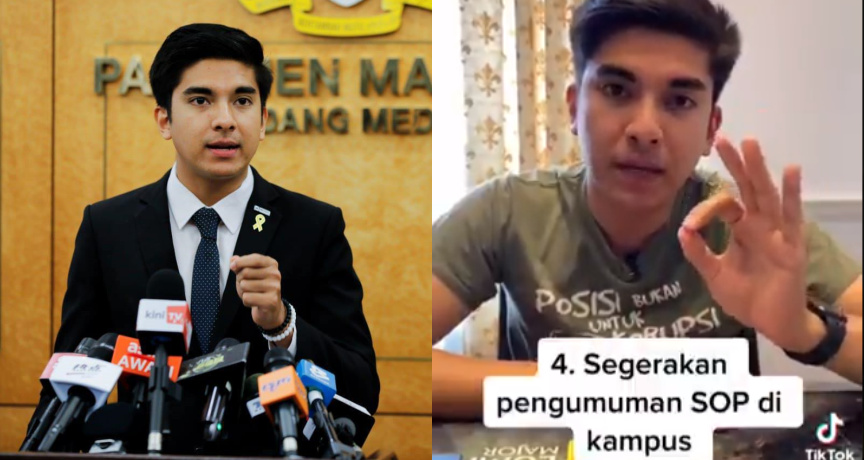