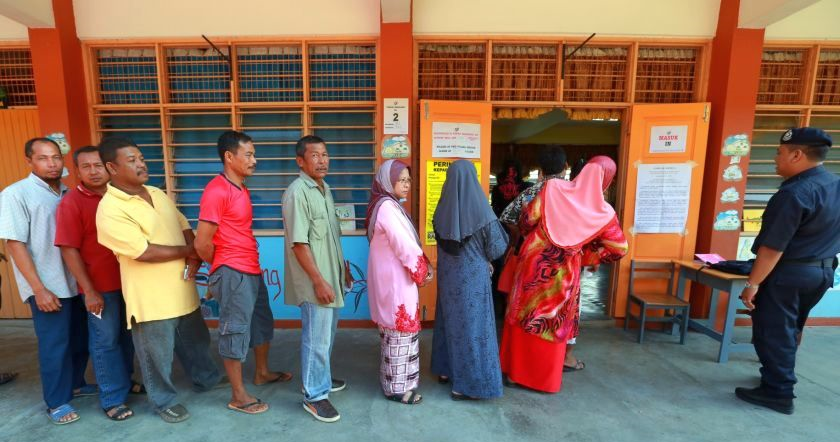 Everyone, especially first-time voters, is always warned to dress appropriately when going out to vote. Thus, this warning raises an important question: what is exactly the dress code for voting on polling day? Today, we are going to set the record straight!

Earlier this week, a viral message began circulating on the internet urging people to dress as if they were visiting a government office, reported The Star. The message claimed that voters aren’t supposed to breach the “General Election” dress code by wearing the following clothes: 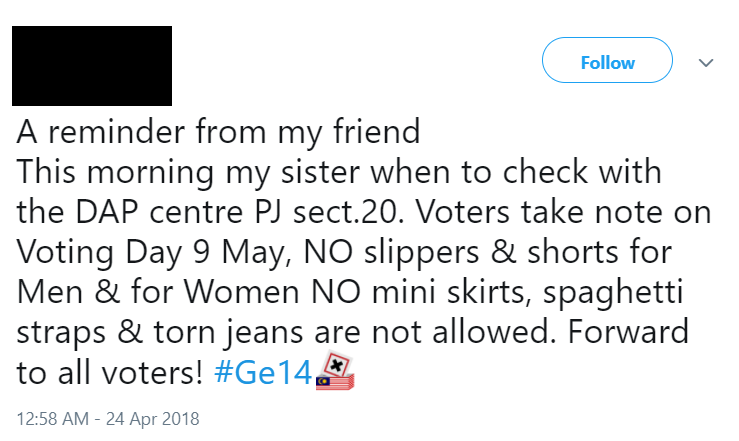 However, the EC quickly debunked the message stating that it’s fake news.

“The EC has not and will not prevent a voter from entering a polling station as long as the voter is appropriately dressed,” said EC’s chairman Tan Sri Mohd Hashim Abdullah.

Instead, he stressed that so long as the voters’ clothes and other items they carry (such as an umbrella) do not bear a preferred party’s logo, then it’s all good.

“Section 26(1)(g) of the Election Offences Act 1954 states that a voter is not allowed to enter the polling station if the voter wears any clothes or carry items that display the name of candidates, their symbol or a party logo,” explained Hashim. 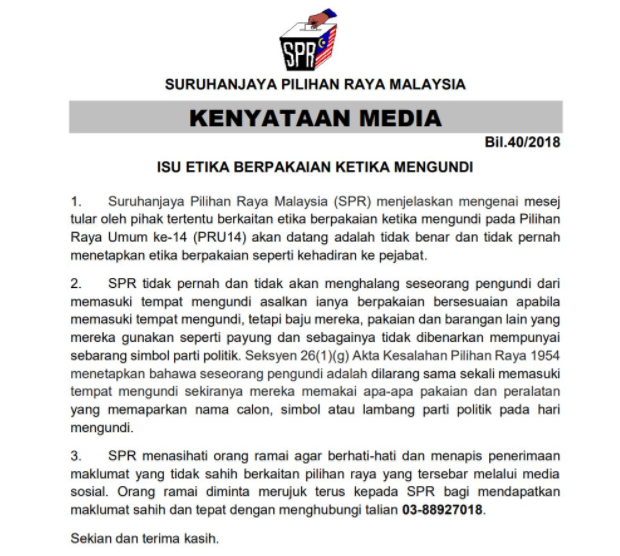 On the other hand, Datuk Seri Najib Razak called out the netizen who posted about it on Twitter for spreading false news that could confuse people.

He advised people not share the news if they aren’t sure whether it’s genuine news. Our caretaker prime minister also accused the opposition party of campaigning with slander and fake news to garner votes.

Nevertheless, other netizens had defended the Tweet poster stating that it’s just clothing ethics and that there’s nothing to fuss about.

Anyway, regardless of whether the dress code issue is real or fake, let’s all remember to dress appropriately this 9 May and avoid clothes that are too revealing or obscene.

I mean, we are going for an important ‘business’ trip to choose the leaders of our state and country after all! 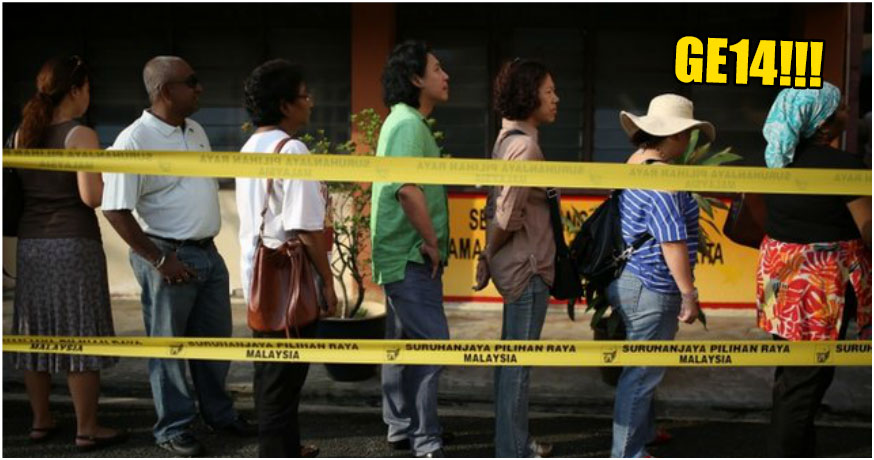