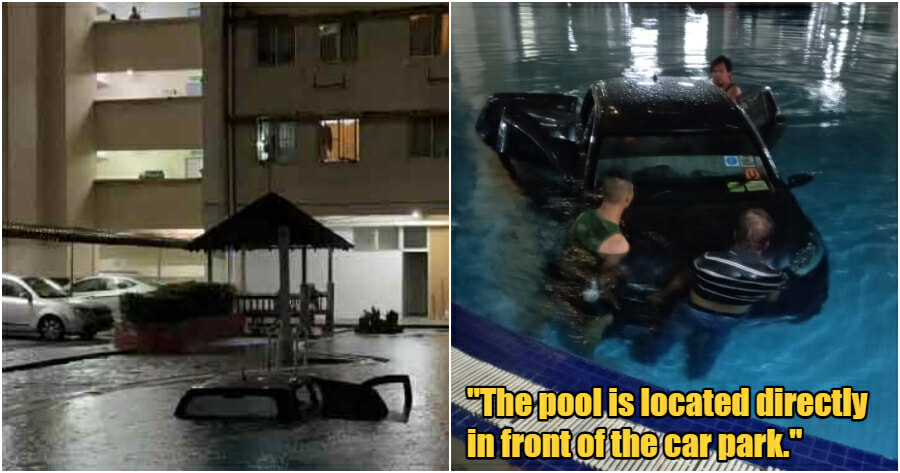 Driving in heavy rain can be scary at times, especially if the roads are not clearly visible making the experience much more prone to danger.

Although we are used to being alert to the danger on highways, it should be known that residential areas may also have their own “unforeseen” risks too!

Recently, a driver of a Myvi believed to be an e-hailing driver, accidentally drove his car into the pool of a condominium at Jalan Ipoh, Kuala Lumpur.

According to the caption of the post in a Facebook group, it wasn’t the first time that such an incident has taken place. 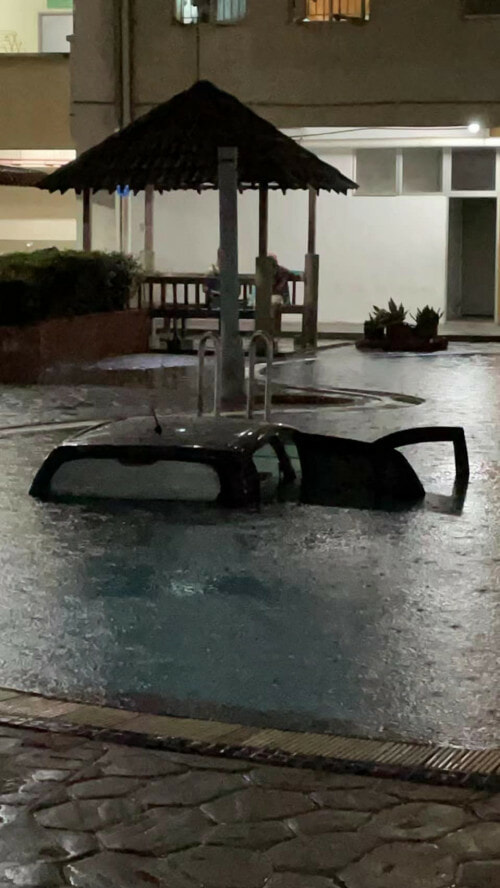 The incident happened on Wednesday night (19 January) and took place at the Permai Ria Condominium. Fortunately, the driver was unhurt and rescued.

Some of the residents pointed out that the location of the pool may have played a role which led to the accident.

If you look closely, the pool is situated directly beside the car park without any fences or barriers to separate the two areas. 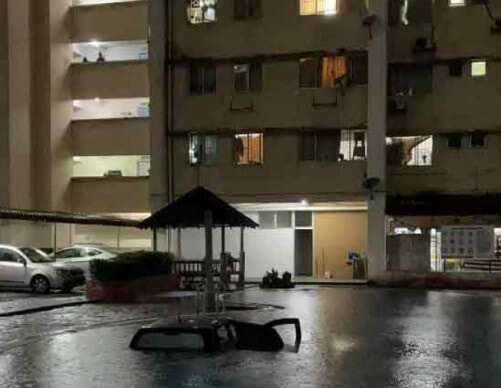 As it was raining heavily, the visibility was poor and the driver must have thought that he was still on the road.

This led him to drive further, and little did he know, he ended up driving into the pool.

Only the top part of the car, was visible on the surface of the pool. Eventually, the car was brought out from the pool with the help of people who had come out to see what had happened. 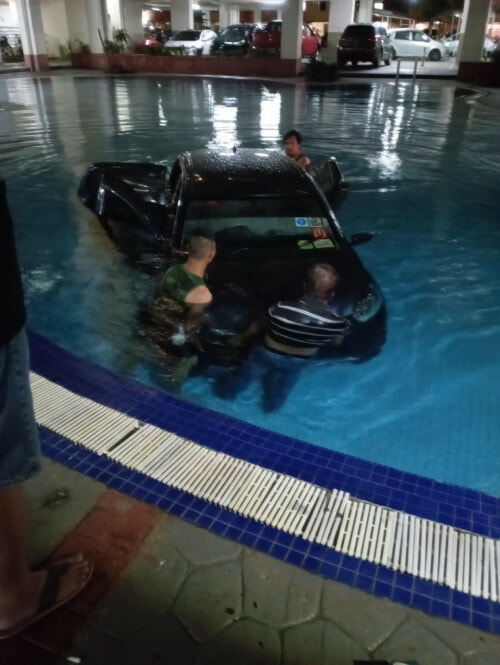 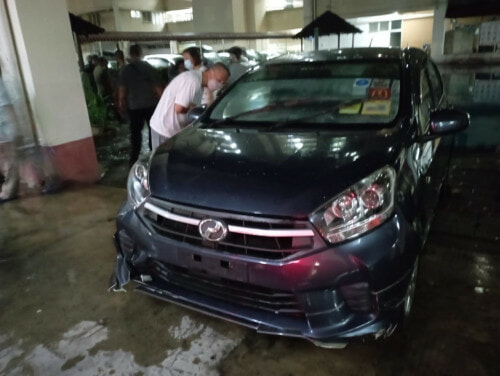 We’re glad that both the driver and the vehicle were saved! This is a reminder to always be alert whenever you’re driving in heavy rain! 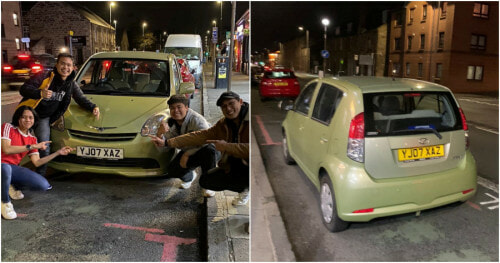