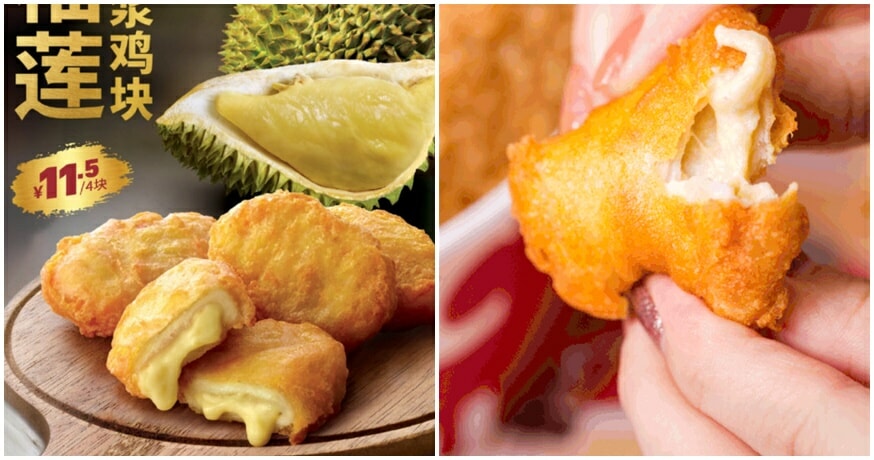 In case you thought durian-inspired foods couldn’t get any weirder, like durian boba  and durian nasi lemak, wait till you see what KFC China has come up with to appease the new craze for durian in Mainland China: exploding lava durian nuggets. Yo, wait what, excuse me?

Cashing in heavily on the rave reception that the King of Fruits has received in China, this bizarre combination has been released for sale on September 2 2019 at KFC outlets in the region for a pretty reasonable 11.50 RMB (RM6.75), in a box of four.

While deceptively similar to KFC’s good ol’chicken nuggets that you can find here, closer inspection upon tearing the chicken nugget in half will reveal its contents within: golden, runny durian sauce. Woah, so like Go Noodle’s Exploding Balls? 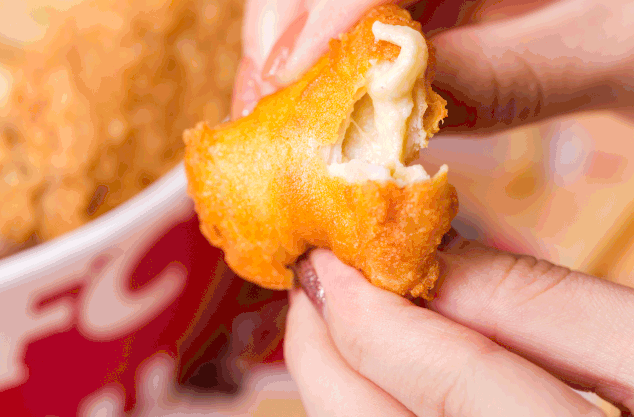 The skeptics among you might probably be wondering good or not ah the flavour?

Well, while none of our team has tasted them personally, Weibo users in China who have already tried the nuggets claim that they aren’t too bad! One user reports that the nuggets, while tasting of durian, was not overpowering at all and contained more than a generous amount of durian sauce! Eh, that actually doesn’t sound bad at all! 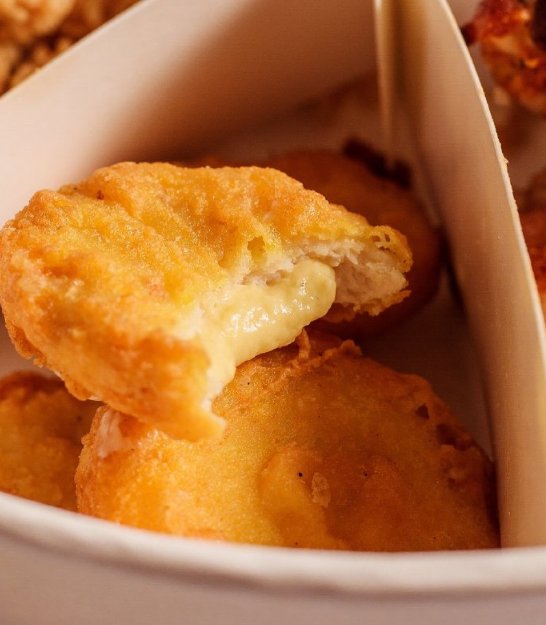 Of course, Malaysians who read this news are all dying to try them (and so are we!). Many were curious of how it’d taste and undoubtedly, Durian lovers are hoping that KFC Malaysia would release our own here.

So what do you think about these durian chicken nuggets? Are you interested in giving them a try?

Also read: This Company Actually Made Durian Whisky Out of 100% Musang King & It’s Produced in Malaysia! 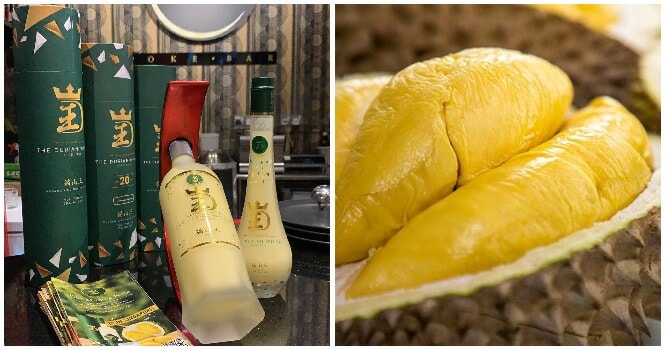