Just hours ago, a video of a white Toyota Camry being trashed by a group of people who had just finished performing their Friday prayers was making rounds on social media.

From the video, the car was struggling to escape the scene while receiving kicks and blows from the angry crowd. The incident was said to have taken place at a mosque in Mount Austin Perdana at 2pm.

A netizen believed to be the witness of the incident shared what she saw on Facebook. She mentioned how there were cars parks on both sides of the road and the gap was only as big as a Kancil.

“There’s no way a car can go through that tight space,” she explained.

“I don’t know how long he had been waiting there. Then he started honking, and I followed suit.”

The continuous honking aggravated some of the people and when the prayer ended, someone confronted him and asked why couldn’t he be patient as the prayer was on-going.

Instead of replying, the man just continued honking!

“When people started scolding the driver, he honked at the people again. He seemed like a very stubborn person.

“After that, they started cornering off and damaging his car. He wanted to leave but people just wouldn’t let him.

“My car was blocking his way as well and almost hit by him several times.

“He was trying to scare them off but didn’t run them over. At the end, he was pulled out of the car and beaten by the angry mob.”

After watching the video, Malaysians are divided on the issue. Some say that the driver should be more tolerable and not honking the people, while other say that the road shouldn’t be blocked until impassable.

We think both are just equally at fault.

What’s your thought on this case?

Also read: Youths Hope We Identify Ourselves as ‘Bangsa Malaysia’, Regardless of Race and Religion 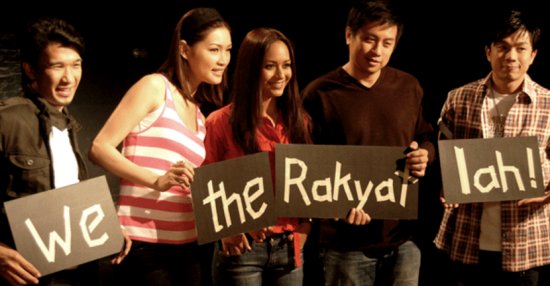