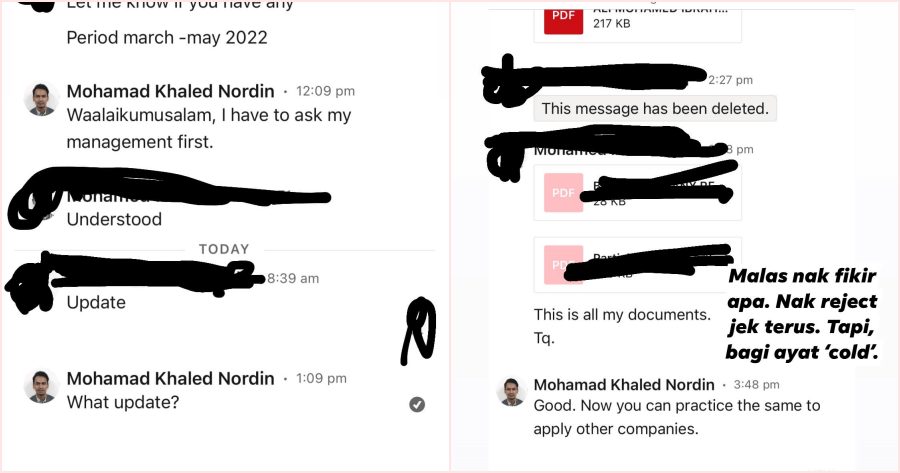 As we all probably know, securing a new job is no easy task in today’s day and age. Some job seekers have opted for some commendable and creative ways of securing a job. However, plenty of job seekers seem to feel as if they are entitled to a job and that they do not need to show any form of respect towards those who have the power to hire them.

In another similar instance, engineer Khaled Nordin shared his experience in dealing with a rude job seeker on Facebook. 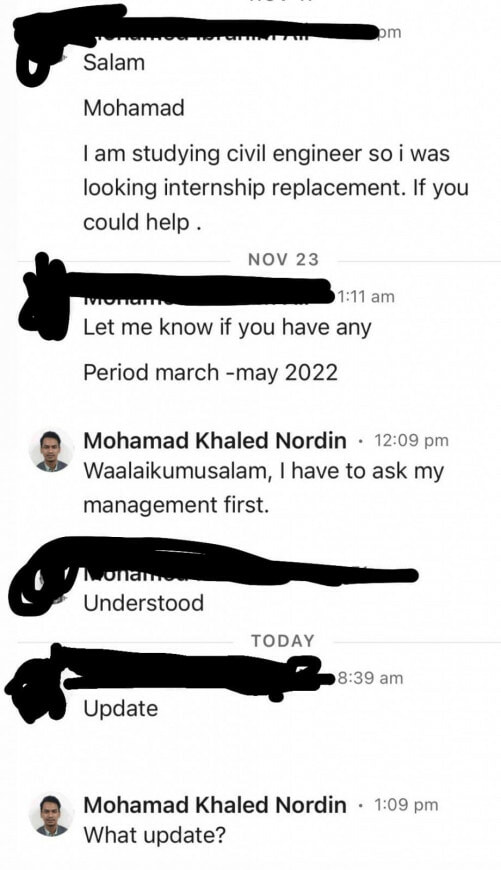 “I do not know what to say about their behaviour. Seemed like they didn’t have any manners.”

“One day, I received the application for an intership placement from a student majoring in civil engineering. They private messaged me on LinkedIn to ask for the placement. I responded nicely and was trying to bring it to the management of my workplace. We’ve even settled on the amount of allowance and everything,” said Khaled.

Khaled mentioned that all that was left was to figure out was the mode of intership as we would never know whether or not a Covid-19 variant would emerge and result in workers having to work from home again.

“I told him that I would discuss with the management of my company first,” he said.

The applicant out of the blue then messaged him simply with “update”. “Do you think that I’m your friend?” questioned Khaled.

“My blood was boiling at that time. But, I tried to remain composed. I then responded sarcastically.”

“I thought you wanted an update about English Premier League. By the way, Manchester City is leading the league now,” responded Khaled. 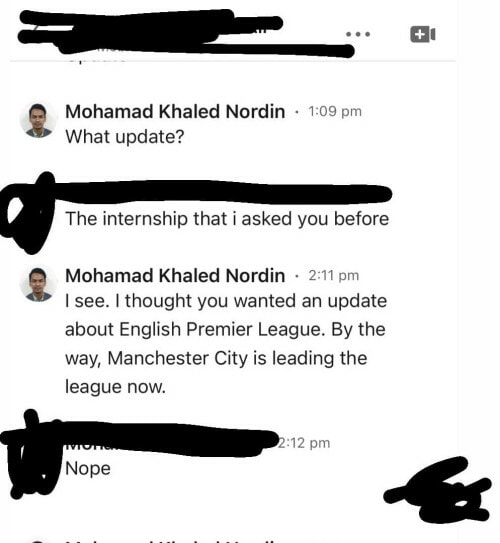 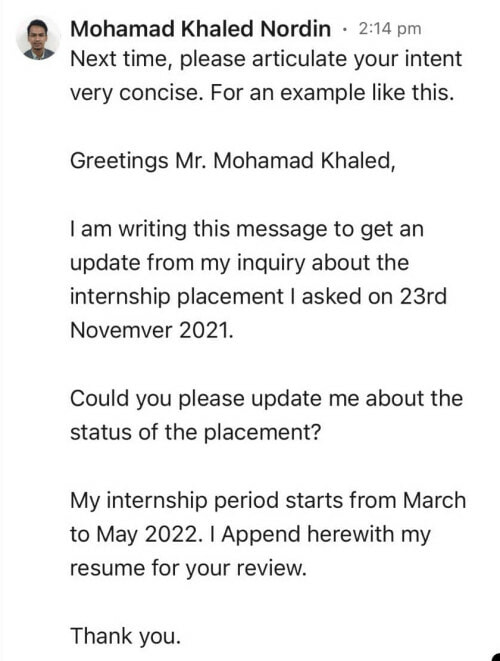 After that, the student then went on to copy exactly what Khaled had written as an example and used it word for word whilst also attaching their resume and a couple of other documents from their university. 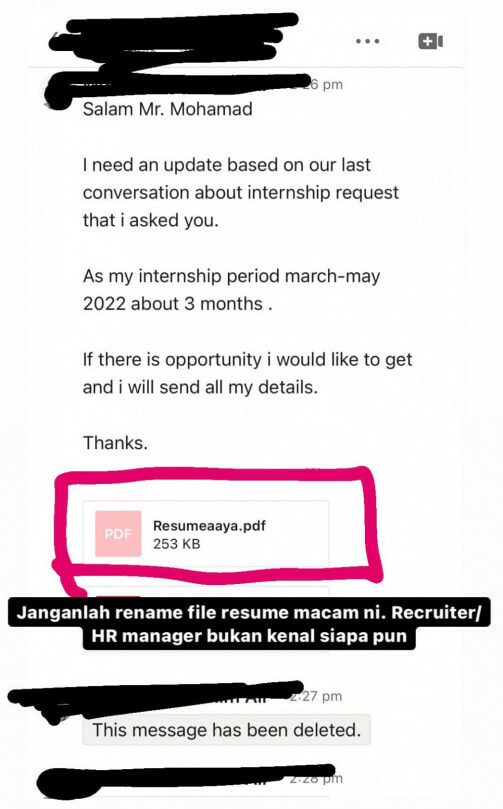 The student didn’t even bother to name their document properly. “Please don’t name your resume file like this. Recruiters/HR Managers won’t know who you are,” wrote Khaled in the screenshot of the conversation.

After the student had sent their documents, Khaled responded sarcastically with, “Good. Now you can practice the same to apply for other companies”

To fresh graduates or students who are looking for an internship placement, Khaled’s advice is for you to always be ready.

“Your attitude, mannerisms, the way you write and how your express your intention must all be proper. If your CGPA is above 3.5 that’s good, but it’s not a guaranteed job.”

“A lot of industry leaders manage to climb the corporate ladder due to a good attitude. Your attitude is what will ensure that you stay and succeed in the industry,” he added.

Khaled also highlighted that uniqueness is as important as character. “You have to show what makes you different from others.”

“If you have a good attitude, are able to write and communicate well, have a good character and are unique, then this alongside a high CGPA will ease you when finding a job,” he said.

Have you experienced a rude job seeker before? Let us know in the comments.

Also read: Mydin’s Intern Secures Permanent Job Through a Tweet to its MD & M’sians are Now Testing Their Luck 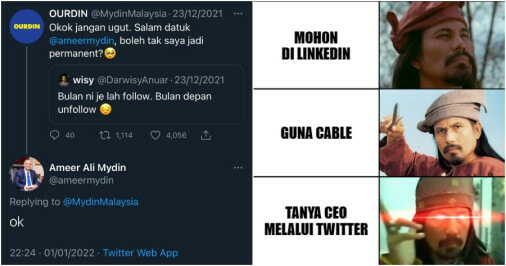