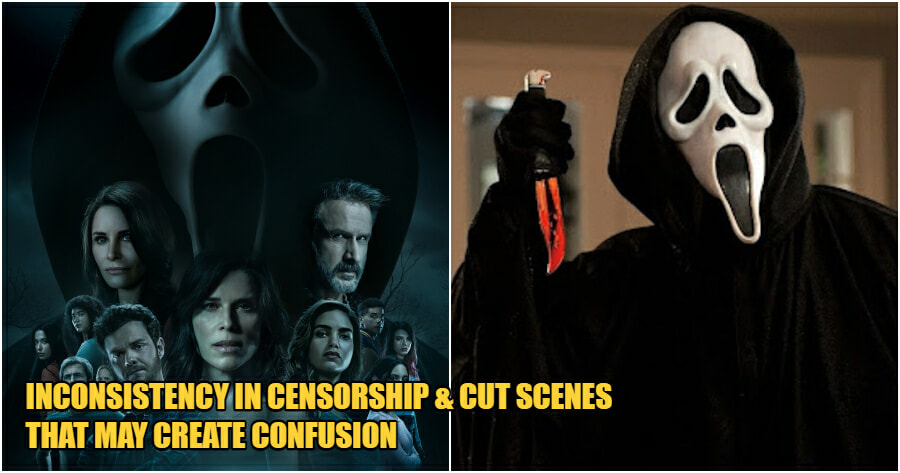 Disclaimer: This piece reflects the writer’s opinion and does not reflect the opinions or beliefs of WORLD OF BUZZ.

Censorship or cut scenes in movies are expected if it involves too many vulgarities or gory details which may be unfit for some audience to digest. What if the censorship and cut scenes are too excessive to the extent it may alter or ruin the plotline of the movie?

As a huge fan of horror and thriller flicks, I grabbed the opportunity to watch Scream in one of the cinemas in KL recently. It is a habit for mine to go online and refer to movie reviews prior to catching a movie and the promising reviews pumped me up even more to watch this. However, I was warned by one of the reviews that said the censorship and the cut scenes MIGHT ruin the experience of this movie.

Before I explain further, here’s a list of film classifications in Malaysia.

So, how exactly is Scream censored and cut? 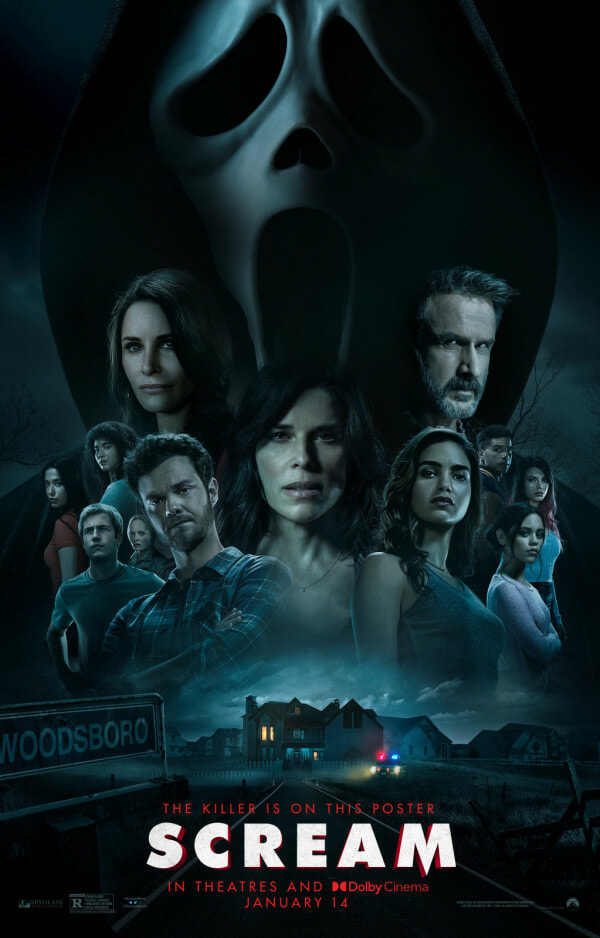 Scream has been categorised as 18 for its violence and gory content. Knowing that Scream is a slasher film, I am not surprised by the classification, but certainly did not foresee the excessive censorship and cut scenes.

As far as I can remember, Scream is quite packed with its vulgarities, especially the F-word. Truthfully, I have no issues with the Film Censorship Board of Malaysia (LPF) censoring vulgarities. After all, they are not nice words, right? The vulgarities are simply censored with silence when the bad words are uttered, instead of a “beep”. 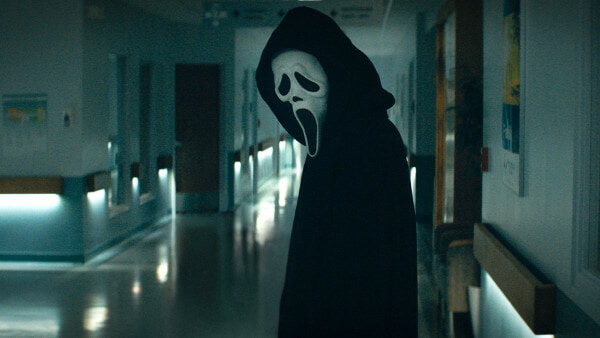 However, it feels a little bit awkward and pointless when the censorship did not progress consistently. For instance, the phrase “F**k you!” was censored. But the dialogue that says “What the f**k is happening” was not censored and the word can be heard loud and clear. So what difference does it make? If the objective is to censor vulgarities, doesn’t the inconsistency defeat the purpose?

If you refer to page 36 of this guideline in film censorships, F-words are meant to be censored in local theatres.

2. Cut scenes that may create confusion

Death scenes are inevitable in slasher films. It is just a matter of who bites the dust, when and how. For Scream, the movie definitely does not shy away from its surprises in terms of characters who do not make it. No worries, no spoilers alert!

But there is this death scene that actually happened off-screen. It means the death of this character is not shown and disclosed. If you do not pay enough attention to the rest of the movie, you might wonder if this character makes it or will appear in future instalments (if they ever plan to make it). This character is shown fighting the Ghostface (the antagonist/killer in the movie) and when this character was struggling, it immediately cuts to the next scene, without disclosing the fate of the character, nor how the character died. 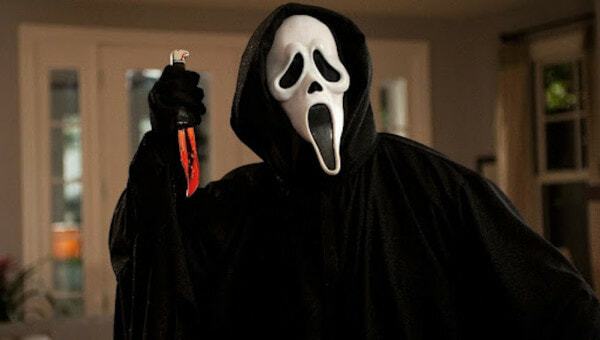 However, the full death scene of this character is actually available on YouTube, and ONLY CLICK THIS LINK IF YOU HAVE WATCHED THE MOVIE and would like to know how this character died. WARNING! It IS pretty gory.

Given the violence and gore elements that are present throughout the movie, I understand why LPF saw it fit to cut off some scenes. But if you have watched Scream, you’ll know that most of the deaths are more or less, or equally brutal. If the entire death scene in the movie is censored, it would undoubtedly ruin the experience of the movie. Might as well just ban the film from being released here, right? But why cut off ONLY that one particular death scene? The dead body of the character is not even shown.

I remember watching Resident Evil: Welcome To Raccoon City earlier this month. While the movie is not necessarily violent, it does have a fair share of vulgarities too. However, any phrase with the F word in the latest Resident Evil movie was NOT censored, at all. 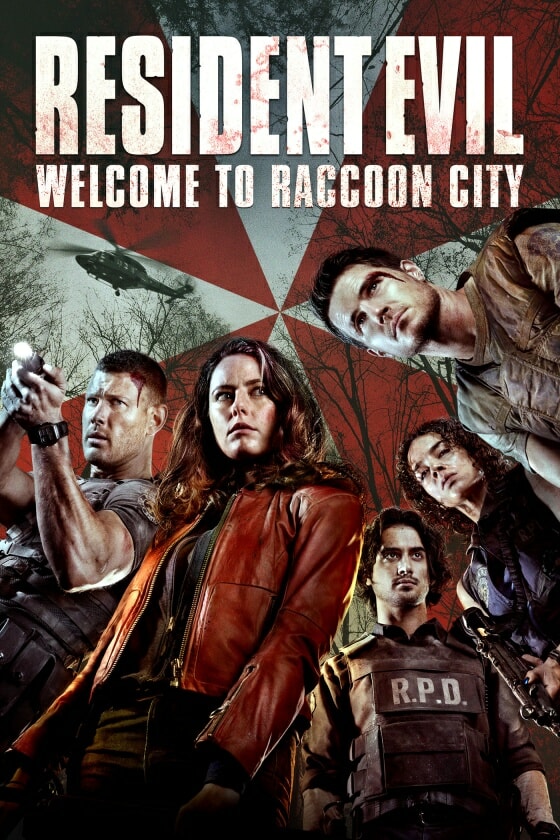 This makes me wonder, is censorship and cut scenes really a necessity in general? If the movie is open to general audiences, no doubt it is necessary. But movies like Scream & Resident Evil have been classified as 18, and truthfully, I am sure that any adults will understand that vulgarities are words that should not be uttered, not to mention that they’re rude.

Similarly, if a cut scene may have the potential to create confusion, doesn’t that affect our movie experience? Some people have asked me why the need to visit the cinemas despite knowing the possibilities of cut scenes and censorship in movies for mature audiences. You probably think, why not just wait for online streaming services like Netflix.

As a movie enthusiast, I enjoy visiting movie theatres for the cinematic experience. Personally, some movies don’t feel the same if they’re watched through streaming services at home. 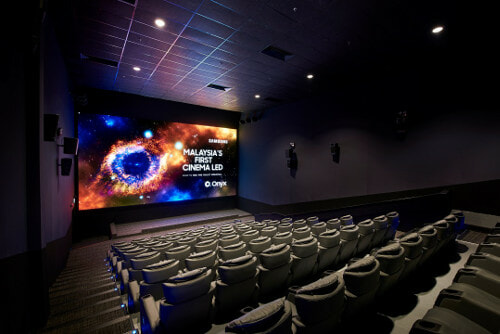 Scream is actually the 5th entry in the Scream movie series. So, if you’re planning to watch it, it is advisable to watch at least the 1st one prior to watching this. The latest entry features the return of some survivors from the previous instalments.

To wrap things up, I understand that the LPF is merely doing their jobs. But the inconsistency has made me wonder if they have taken into account the inconsistency, as well as the confusion that may happen following the cut scenes.

Do you think a film that has been classified for mature audiences should be censored? 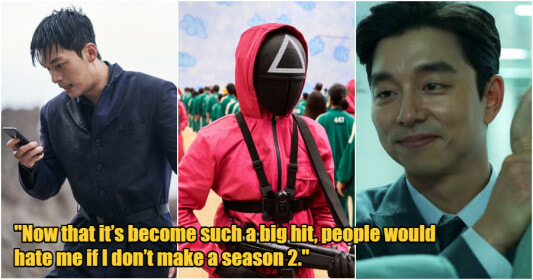