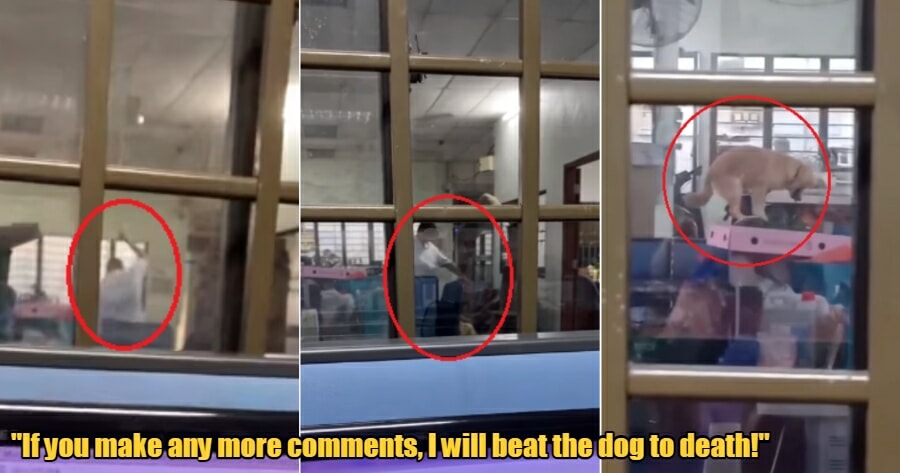 Owning a pet is a responsibility that requires love and care.

One important thing pet owners should remember is that pets are NOT your personal punching bags.

Persatuan Haiwan Terbiar Malaysia (SAFM) took to their Facebook page to share a case of a Datuk who apparently, abuses his pet dog, Max regularly.

They wrote, “Persatuan Haiwan Terbiar Malaysia (SAFM) once again received an animal cruelty case on 29 June, 2021 from Kota Tinggi, Johor. A clerk reported that their employer, a company owner who is a Datuk, had repeatedly abused his pet dog at their office.”

In one of the videos showcased, the pet dog, Max, can be seen standing on a motorcycle. Apparently, Max is forced to stand on the motorcycle for one to two hours as a punishment for not obeying its owner.

“If it falls from the motorcycle, Max will be beaten as hard as possible with tools such as metal, rods and hands. According to the complainant, Max has been abused countless times by the owner but none of his staff members are brave enough to say anything as they fear they would get fired,”

“The clerk had advised the Datuk to stop abusing Max. But, the Datuk had responded, ‘If you make any more comments, I will beat the dog to death!’,” they added.

In another video, the Datuk can be seen beating Max, who is out of frame. But, you can hear its cries of pain.

The clerk, completely unwilling to watch the Datuk abuse Max any longer, has allegedly made a police report against the employer.

It is also said that the Datuk has a rifle license.

“The violent history of the company’s owner, the Datuk, shows that he is an individual who should not be given a gun license. This matter should be reported to the authorities to ensure that only sane and qualified individuals are granted a gun license,”

“Cruelty and mistreatment committed against Max is committing an offense under the Animal Welfare Act 2015, which on conviction, is fined not less than RM20,000 and not more than RM100,000, or imprisonment for a term not exceeding three years, or both,” they explained.

SAFM has since urged the authorities, including the Department of Veterinary Services to take the appropriate action against the Datuk for his horrific actions.

An animal should never be someone’s punching bag, free for them to abuse based on their will. 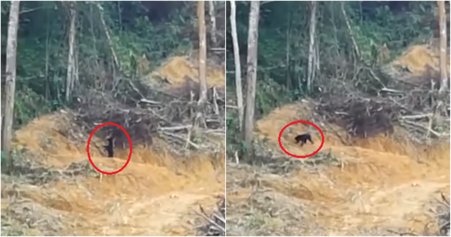