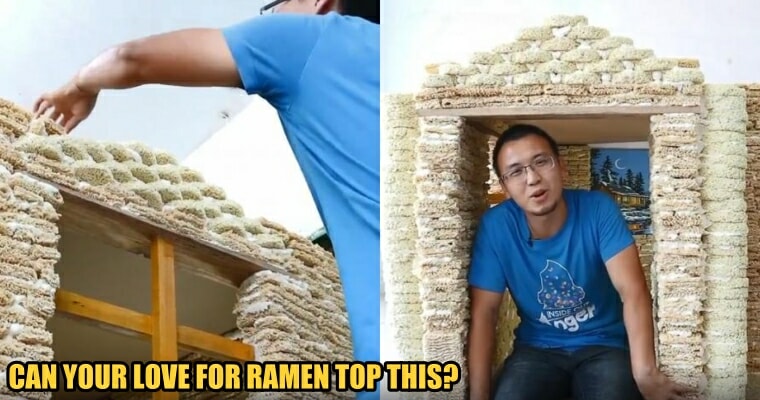 Our parents always yelled at us: “Don’t play with your food!”, but this man did the extreme opposite of this saying.

Zhang, a dad-to-be from Jilin, China, used a total of 2,000 blocks of ramen to build a playhouse for his future baby.

Before you roll your eyes, he actually requested for expired ramen noodles from his friend who works as a distributor. According to China Press, Zhang claimed that he used to love ramen noodles when he was a kid, but he couldn’t afford to enjoy it as much as he wanted. He thought it would be waste to dispose of these expired packs of noodles.

This idea crossed his mind when he realised the shape of the ramen noodles resembles bricks, so he decided to recycle them by stacking them into a gigantic playhouse, huge enough to have a room for a living room and a bedroom! Twenty cans of glue were used to piece the ramen blocks together, and the entire building process took Zhang four days. 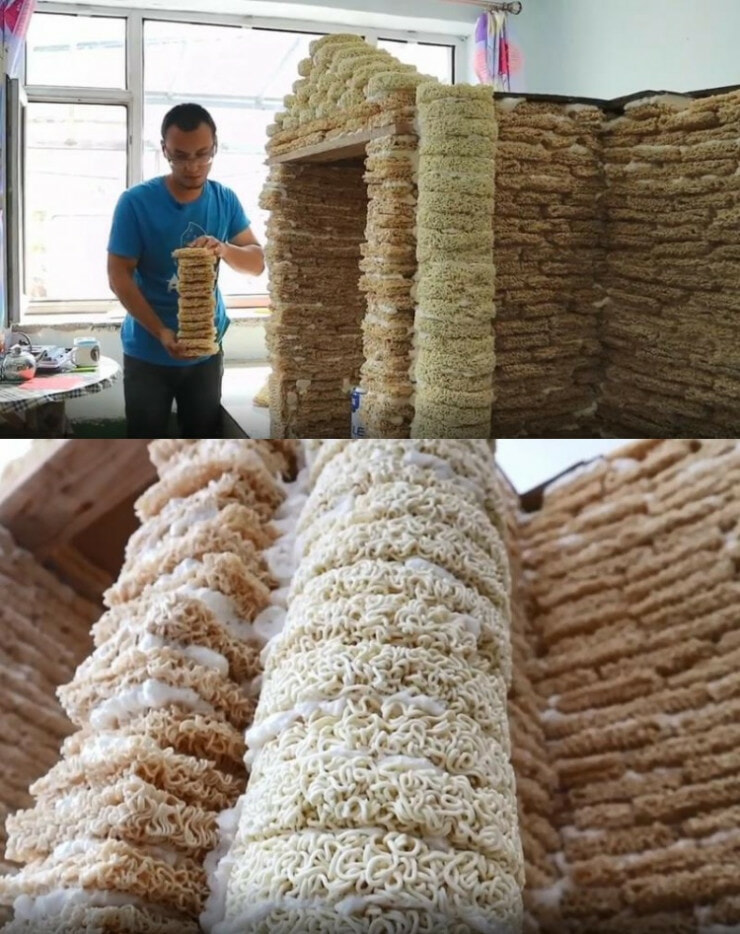 The “ramen house” is approximately 4 square metres, and it’s built inside Zhang’s living room! The entire build has three windows with wooden frames, and the “bedroom” can fit an entire mattress so one could really spend a night inside. He even decorated the space with his very own paintings! 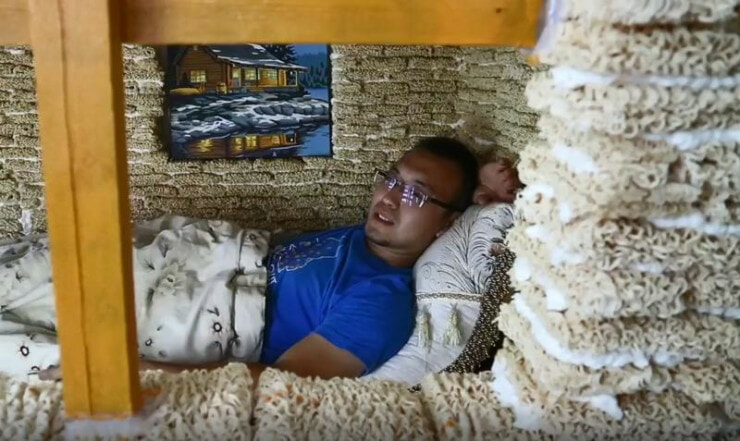 Being satisfied with his masterpiece, Zhang said it smells really good while he lies inside the ramen house and he’d be extra tempted to bite the ramen off the walls! However, he isn’t sure of how long this playhouse will last.

Despite his creativity in trying to recycle expired ramen noodles, netizens did not like Zhang’s idea. Some of them commented that this playhouse would attract pests like cockroaches and rats; others said the ramen blocks would soften because of the humidity in the air, thus bacteria would manifest in this space.

What do you think about this playhouse? Is it an awesome way to show love for his future child, or is it actually impractical? Be sure to let us know in the comments. 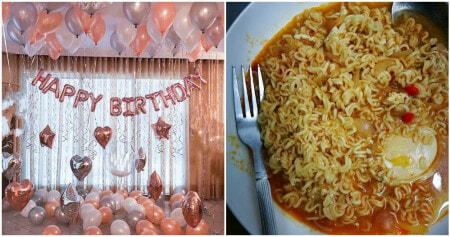