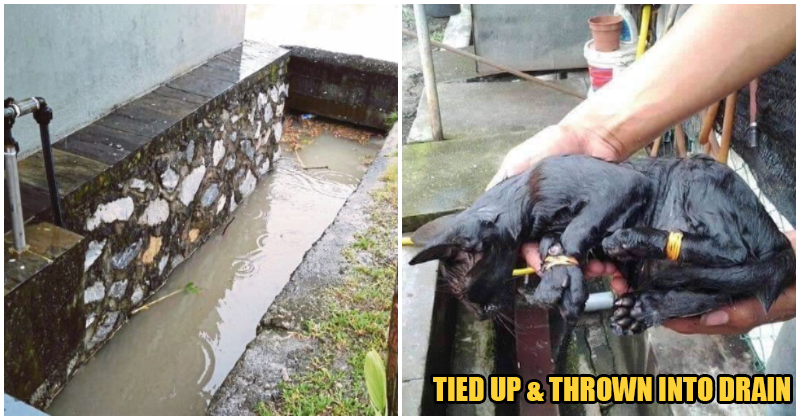 Taking care of a pet is one hell of a responsibility considering the amount of aspects that come into play such as ensuring they get enough nutrients and sustenance, paying for their veterinary bills, and of course, potty training them.

And considering the fact that they are animals, sometimes potty training them may seem harder than expected, but that doesn’t mean that these pets can be treated poorly.

The Dunia Kucing Malaysia Facebook page took to their timeline to showcase a shocking incident that has been circulating through animal advocate Facebook groups. A cat was found and saved by a kind stranger after its limbs had been tightly tied up with what looks like rubber bands and thrown into a drain.

Dunia Kucing Malaysia wrote, “Humans are so cruel. This cat was tied up and thrown into a drain. Luckily it was saved just in time.”

Another Facebook group, Freedom For Puchong and Friends, had shared the same image and speculated that the owner of the cat may have resorted to such a violent act because it had probably pooped everywhere and suggested that when the owner is old and is unable to care for himself, he or she should be treated the same.

Posted by Freedom For Puchong & Friends on Wednesday, October 23, 2019

They had written, “Maybe it’s because the cat pooped everywhere. The cat’s legs were tied up and it was thrown into a drain. One day when we are old and are pooping our pants, should our children and grandchildren standby with cable ties as well.” 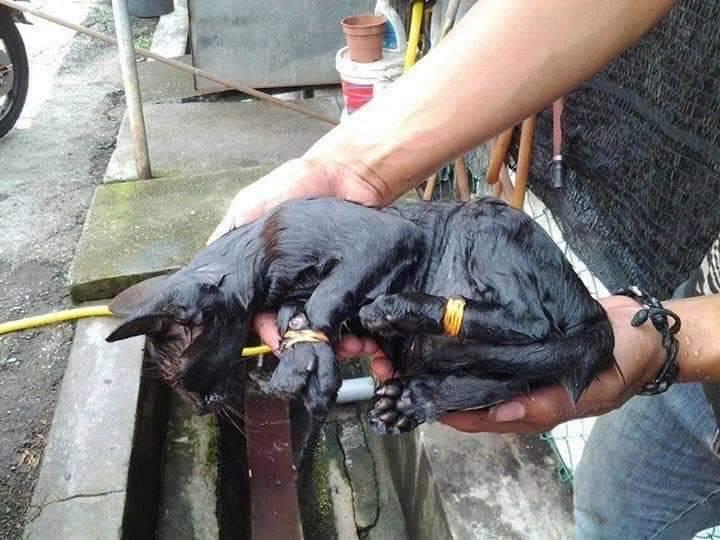 The poor cat must have been so terrified considering it was denied its right to save itself after its legs were tied up. Thank goodness for the person who saved it!

We hope that the cat receives the justice it deserves and that it finds a loving home and will care for the kitty and treat it well, poop and all.

The post on Dunia Kucing Malaysia has since garnered over 883 shares. It is unsure where this happened but it looks like it took place in Malaysia.

Just because an animal is unable to follow human instructions does not mean it can be treated in such a cruel way! Be kind! 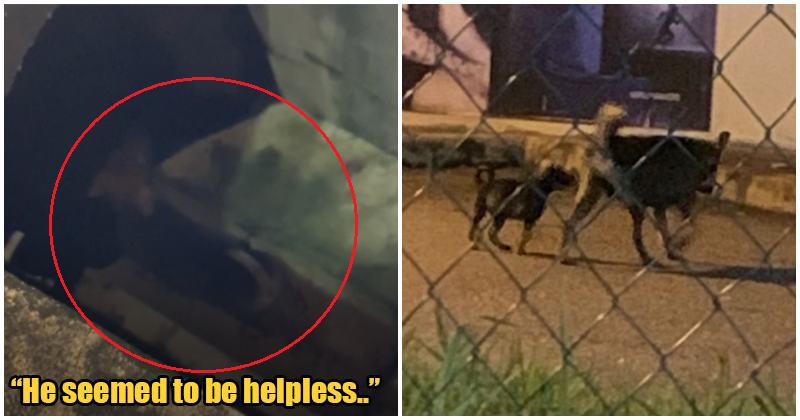