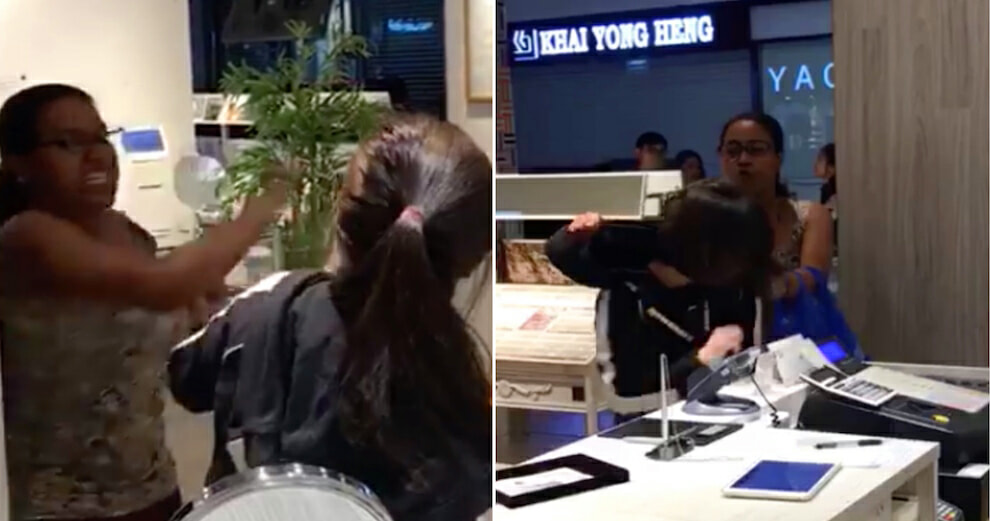 Yesterday (5th April), a video of an angry lady hitting sales girls in an eyewear shop in Singapore went viral on Facebook.

Many users were outraged at her behaviour and racist comments she hurled at the sales girls in the video. 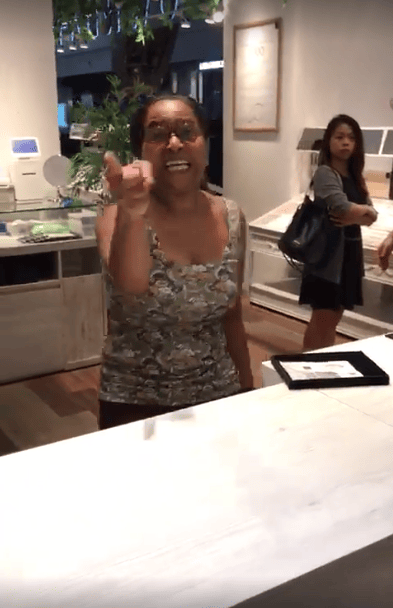 According to Stomp, the lady is now in police custody. A statement given by a representative of the police said,

“On 3 April 2017 at 9.57pm, the police were alerted to an incident at Tiong Bahru Plaza.  A 45-year-old woman was arrested in relation to the case. Police investigations are ongoing.”

OWNDAYS Singapore, the eyewear shop where the incident took place, posted a statement on Facebook addressing what happened in one of their outlets yesterday. The statement soon understandably went viral, with 5,700 reactions and over 1,000 shares. 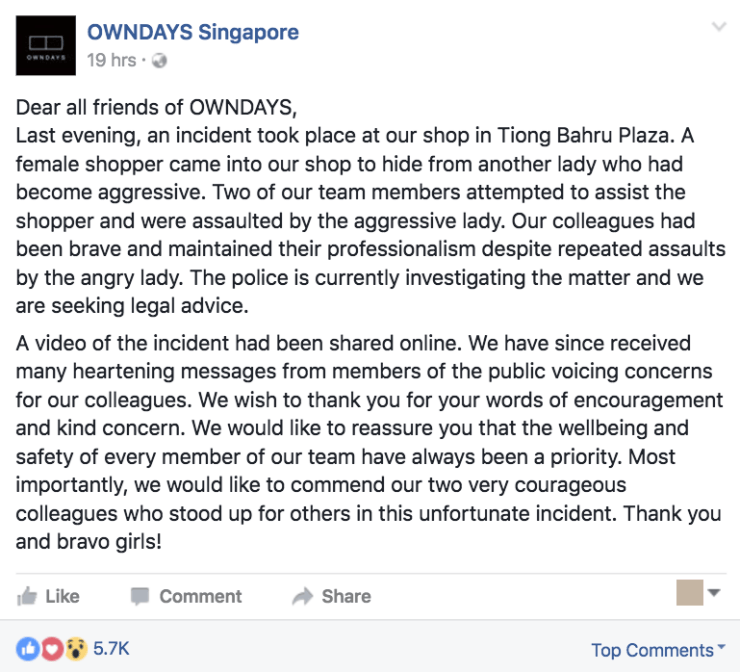 They further explained what had happened in the store, stating that one of the girls who was being hit wasn’t an employee.

The girl apparently ran into the store to escape the angry lady, who was reportedly chasing and harassing her!

Thankfully, the girls who were assaulted by the lady are safe and unharmed by the incident.

The viral video showed the angry lady shouting at a sales girl, aggressively hitting her on the arm and even trying to walk behind the counter to hit the other girl, who was recording the incident. 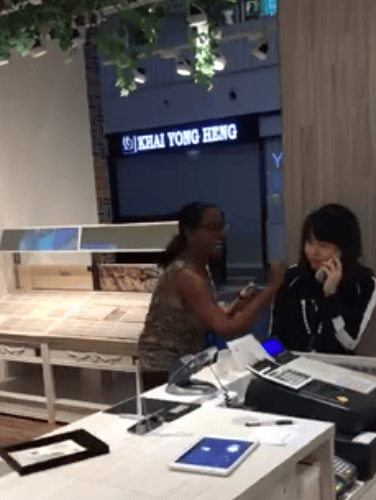 A few passerby tried to calm her down, but the lady was far from calm the entire time, yelling out racist remarks and obscenities at the girls.

Thankfully, the lady has been apprehended and is now answering to the law for her aggressive behaviour. 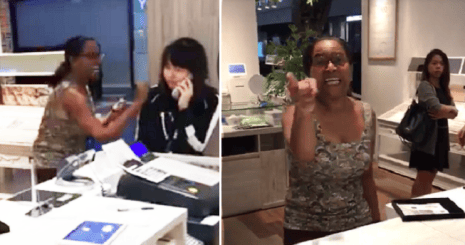