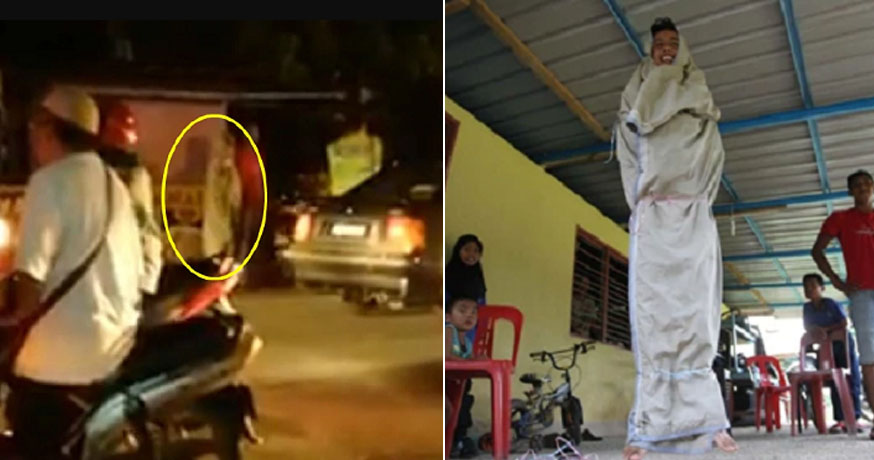 Turning ourselves into a human burrito with our blanket while sipping a cup of hot chocolate on a rainy day sounds like the most comfortable thing to do… but who would have thought of turning this comfy blanket wrap into a mischievous act?

Recently, a prankster’s mission to scare children who were on their way home from Quran class by dressing up as a ‘hantu pocong’ was short-lived as a police on duty decided to make a surprise appearance.

The video of the incident went viral among social media users last Friday (19 January) as netizens were amused that a policeman had caught a ‘hantu pocong’. 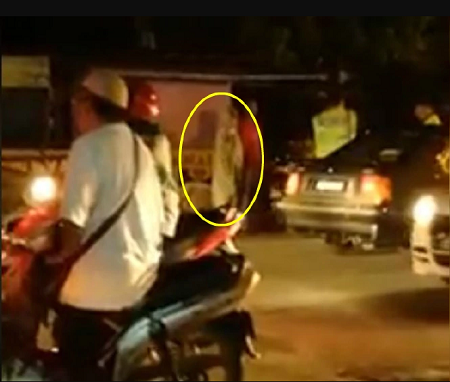 Mohd Imran Mohammad, 16, along with his three friends whose intentions were simply just to scare children, took a wrong turn when they ran into a police officer on duty in Bukit Pinang, Alor Setar, according to Harian Metro.

The brainchild of this failed prank was Muhammad Eyzani Johari, 18, along with Muhammad Ramadhan Fitri Shuib, 15, and Nabil Asyraf Hussain, 14, who were part of the act as well. 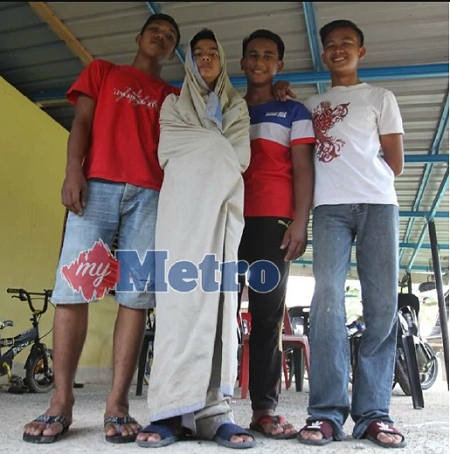 The boys were hanging out in their usual lepak spot at a rubber scrap storehouse in Kampung Padang Kunyit, Bukit Pinang.

“It all started out as a spontaneous fun thing to do among the four of us. After I volunteered to be wrapped up as a ‘hantu pocong’, we decided to ride around the village and give the children, who just ended their Quran class, a scare. We went around on two motorcycles,” Mohd Imran explained. 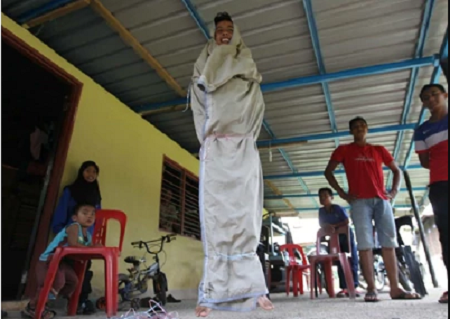 However, they could not find their initial target victims in the village. Unsatisfied with their empty score, the foursome made their way to Taman Pinang Jaya in search of their other friends who frequently hung out there. That was when they bumped into the policeman patrolling on duty. Oops!

We were then brought to the town of Bukit Pinang, where I was punished to jump like a ‘hantu pocong’ for 15 minutes. The policeman released us after advising us not to carry out the same act again as it may pose as a danger to those with heart problems,” he said. 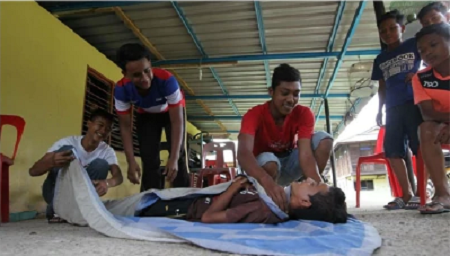 “It was a very embarrassing experience for all of us. We are very sorry and promise not to do it again,” admitted Mohd Imran.

“They were just a bunch of mischievous boys and had no intention to commit theft or serious crime,” he said.

Well kids, let’s keep some of those cheeky ideas till Halloween alright? 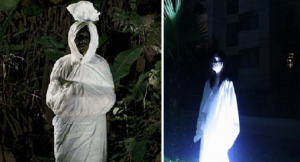