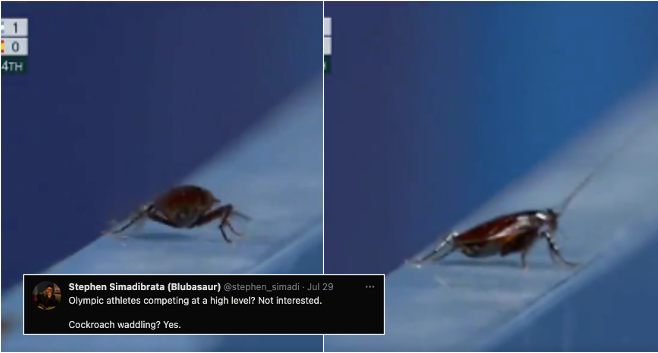 If you’re a fan of either the Argentinian or Spanish field hockey team watching from home, you would’ve questioned the camera operator’s decision to focus on an unexpected spectator rather than the final moments of the game. During the preliminary round of the women’s field hockey match at the Tokyo Olympics on Monday (26 July), viewers at home were shocked to see a random cockroach on screen during the broadcast while they were cheering for their team.

According to Insider, the odd choice of camerawork happened during the last 5 minutes of the game with Argentina holding a 1-0 lead. The short clip was shared on Twitter by  @s6ntispam and at the time this article is written, the views are at 8.2 million. It is safe to say that the cockroach has managed to gain a few fans worldwide.

the roach of sm has made it to the olympics . it has a achieved new heights https://t.co/YGPpCoShMu

When a cockroach is more exciting than the Olympics https://t.co/MHLpGqkSKj

Olympic athletes competing at a high level? Not interested.

If you’re finally done getting distracted by the cute bug, Argentina actually won the game, beating Spain 3-0. Then they went on to beat China 3-2, and Japan 2-1. To be honest, with the pandemic causing fans to not be able to go to the stadium, it’s nice to have funny incidents like this to attract more attention towards the games. Even if it’s only for just a few seconds. 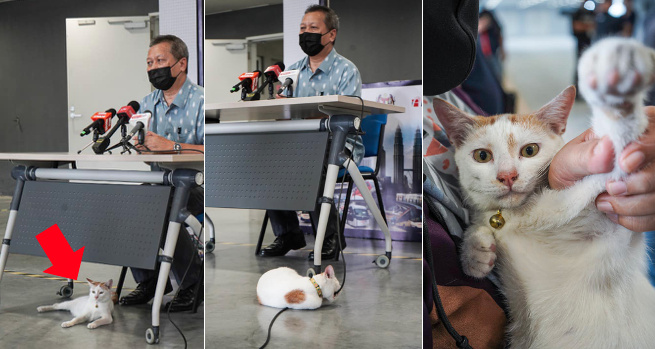