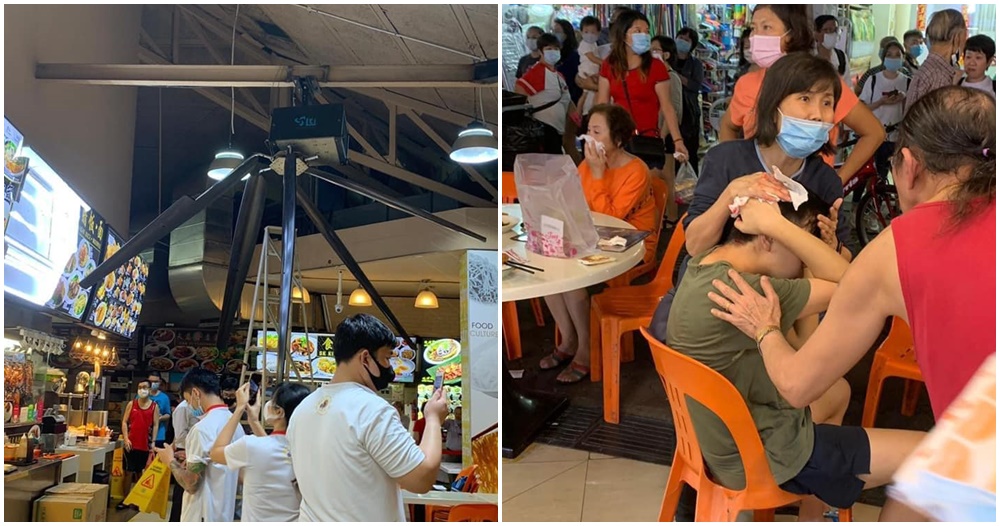 If you’ve ever had the subconscious fear that your ceiling fan may suddenly fall on you out of nowhere, you’d understand how terrifying this incident actually is. 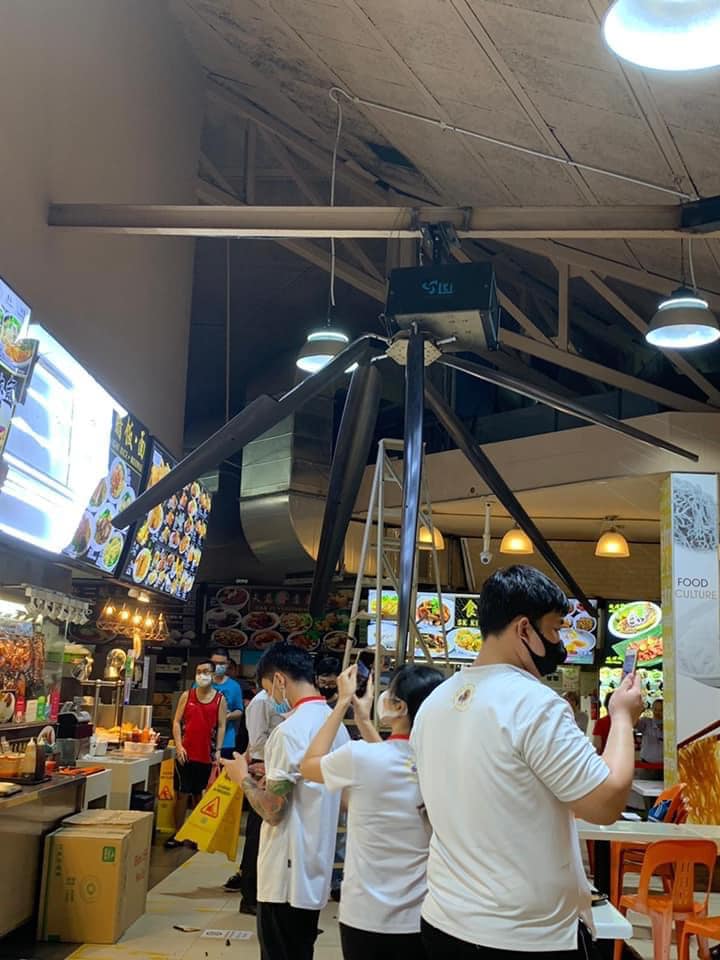 A ceiling fan with giant blades recently collapsed and injured diners during a freak accident that took place at a coffee shop in Tampines, Singapore. In a series of pictures that were shared with a Facebook group called Singapore and Malaysia Forum, the fan can be seen with its malfunctioned blades hanging dangerously close to dining patrons in the area. 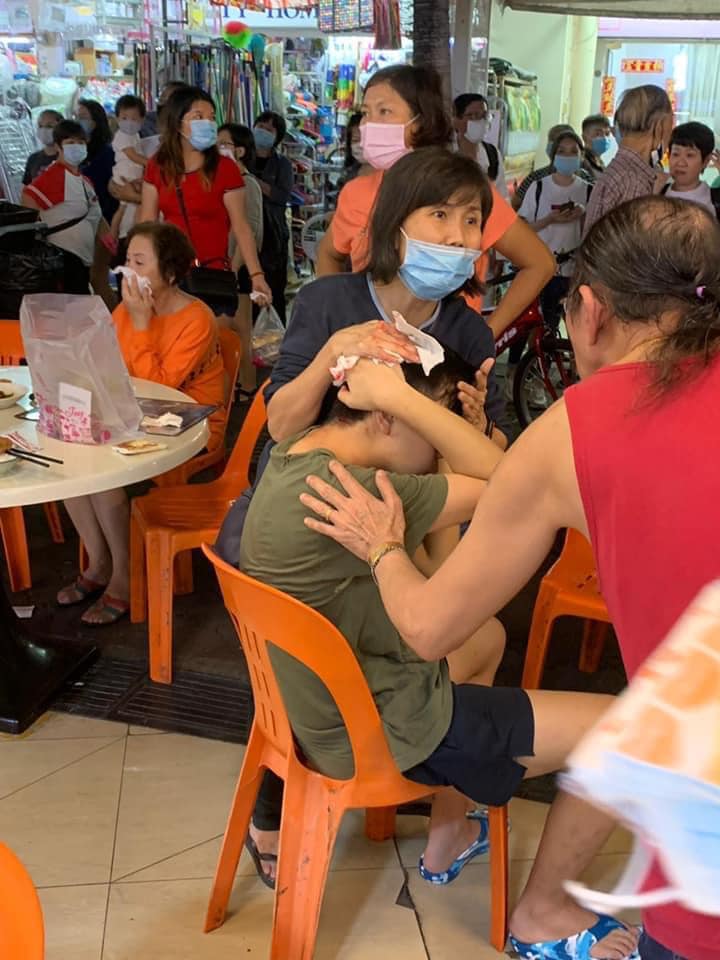 One of the injured diners can be seen gripping his head while two ladies attend to the distressed victim. 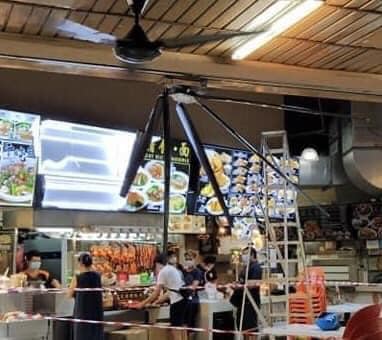 The incident took place after the fan’s extra-large blades collided with a ladder at 21 Street Eating House in Tampines yesterday night (28 October). It is believed that maintenance work was being conducted on the fan at the time of the accident. Nonetheless, the case is still being investigated by authorities.

What a nightmare! What do you guys think of this?

Also read: 19yo Teenager Dies After His Motorcycle Was Hit By A Police Patrol Car In Kelantan 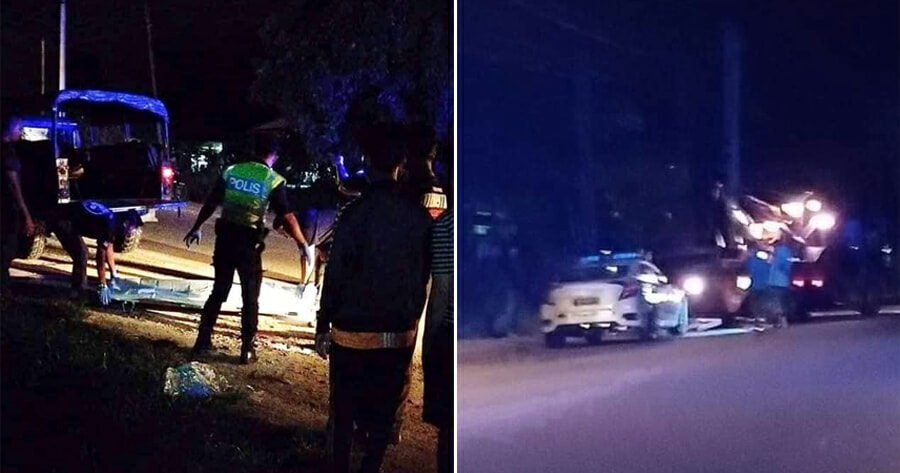