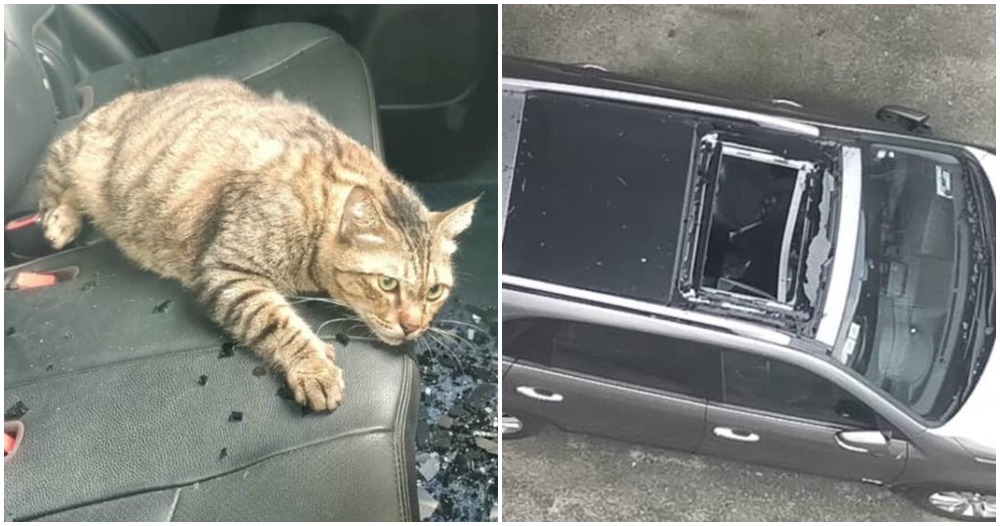 Why does the catto look so unfazed even after such an accident?

Residents at an apartment in Kuala Lumpur had a panic moment when a cat fell from the tenth floor yesterday (9 February) evening. A witness at the area said he heard a sound of something hitting the roof and a subsequent loud bang from the apartment’s parking complex.

According to Kosmo, the cat was said to be climbing the balcony before it fell onto the roof.

The cat was then thrown onto the sunroof of a car which shattered but the cat landed safely inside the car. After the accident, the cat was sent to a veterinary clinic for an examination.

Netizens in the comments section sent their love for the cat and prayed for its quick recovery. However, the question still persists, how did the cat even survive the height when a human or even other animals such as dogs in a similar situation would have sustained some very serious injuries.

Well, cats’ remarkable ability to survive falls from great heights is a simple and predictable matter of physics, evolutionary biology, and physiology, veterinarians and biologists say, according to BBC.

“They have a relatively large surface area in proportion to their weight, thus reducing the force at which they hit the ground.”

Cats are also essentially arboreal animals where when they’re not living in homes or on the streets, they tend to live in trees. Through natural selection, cats have developed a keen instinct for sensing which way is down, similar to the mechanism humans use for balance.

This is a PSA to NOT throw your cattos off building to test out this theory. Hopefully, the cat learnt its lesson and doesn’t go for unnecessary climbing adventures anymore.

Also read: Watch: Catto Tries To Protect Child From Playing On The Balcony 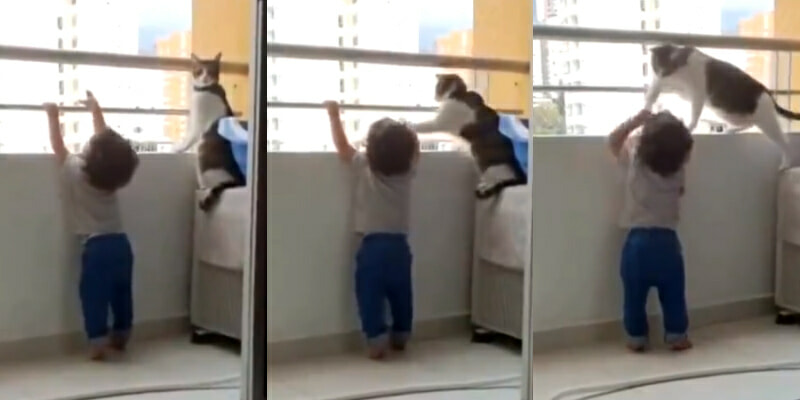