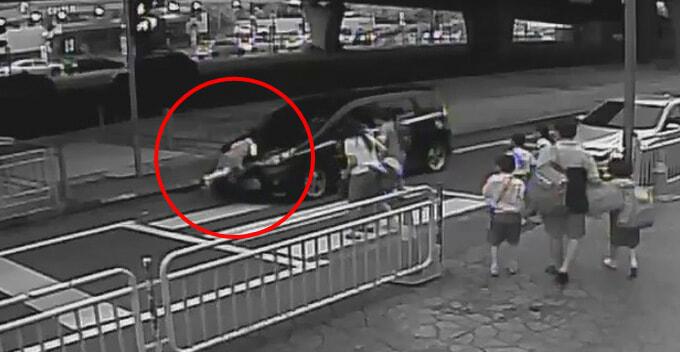 This is the reason why we must always look left and right before crossing the road even though the light has turned green for pedestrians.

On 4 September, a primary school pupil was unfortunately knocked down by a car when she was crossing the road even though the light had turned green. This incident took place near SJKC Kwang Hwa in Sungai Nibong, Penang. 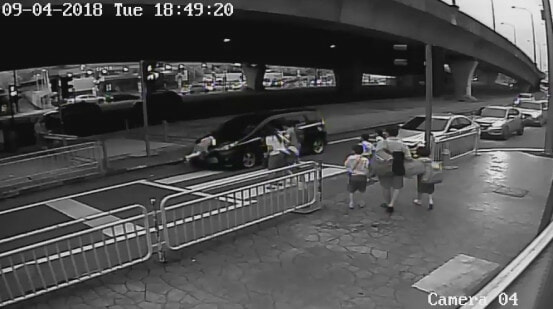 Based on the surveillance camera footage, several parents were standing before the pedestrian crossing while waiting for the light to turn green. When it did, one of the children crossed the road but was shockingly knocked down by a black multipurpose vehicle (MPV) coming from the right side.

Obviously, the MPV was jumping the red light as the car beside it had already stopped. Luckily, the MPV managed to slow down slightly before the impact and the child flew several metres away after getting hit.

The victim’s mother quickly ran to help her up. It was reported that the girl only suffered minor injuries on her chin and legs. 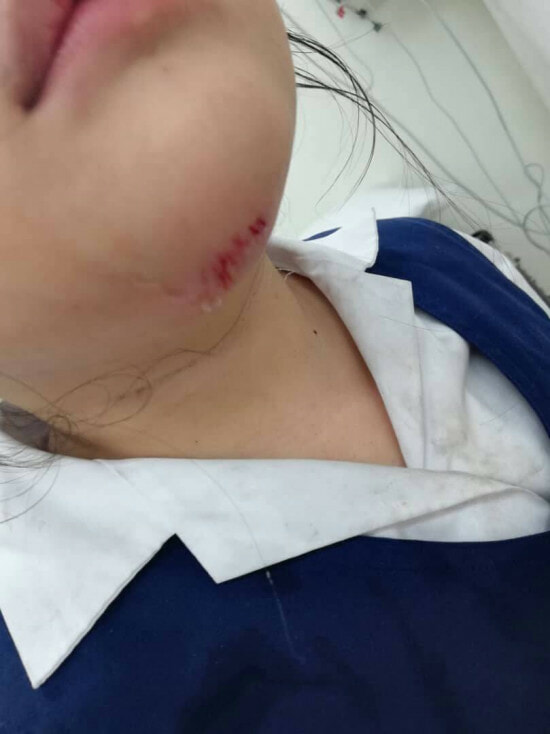 Apparently, reckless drivers have the tendency to jump red lights at that particular spot because in March, another primary school girl was almost knocked down by a white car but she quickly took a step back and avoided the tragedy.

The team at WORLD OF BUZZ wishes the girl a speedy recovery and hopefully, a ‘red light’ camera will be installed at this location. 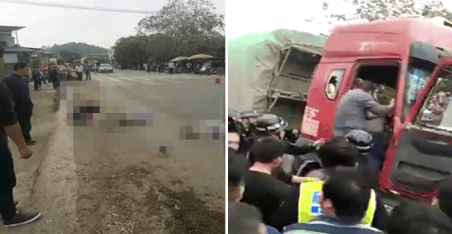