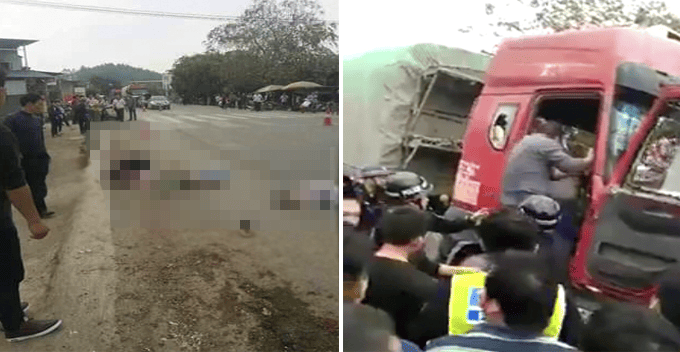 Just recently, a CCTV footage dated March 24 has revealed a gruesome accident involving a lorry ploughing through a group of pupils crossing the road.

According to a Facebook page, the gruesome incident is believed to have happened in Guilin, GuangXi Province in China.

From the footage, 2 security guards were seen placing traffic safety cones on both sides of the road before the zebra crossing to stop any in-coming car.

After the cones were in placed, the pupils started crossing the road using the zebra crossing. 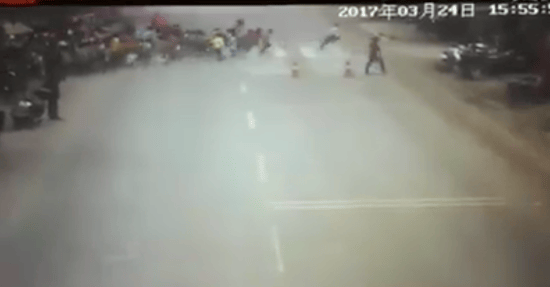 Suddenly, a lorry with a green canvas cover sped towards the children and gruesomely ran over them. Many were shocked and managed to avoid the lorry. 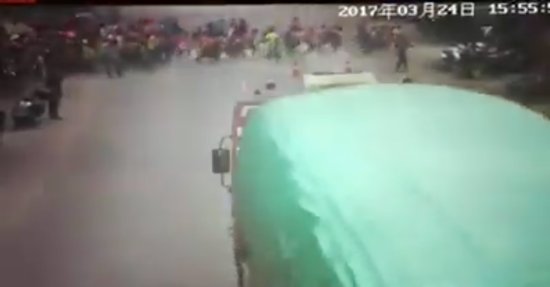 Unfortunately, several children were caught off guard and went under the lorry. They were seen lying motionless on the ground after that. 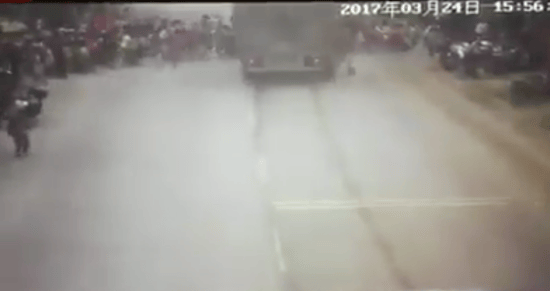 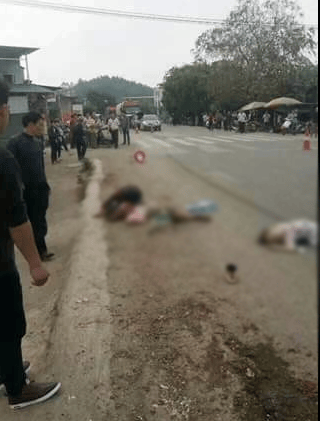 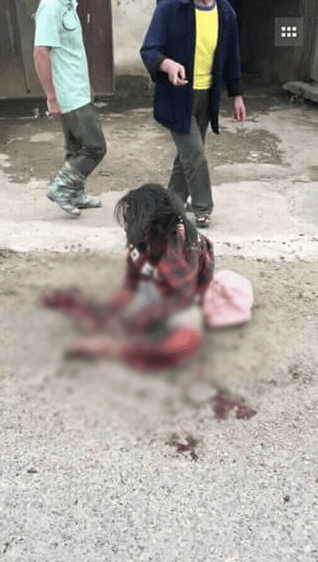 The footage revealed that the lorry’s brake lights were activated before crashing into the children and that there were tyre marks on the road due to the sudden brake.

Following the incident, the driver hid inside the truck from the angry mob who was out of control with some even trying to take laws into their own hands.

Another footage revealed that many angry men can be heard shouting:

“Come out now! Get out of the truck!”

When he refused to come out, several men climbed up the truck and tried to pull the driver out. 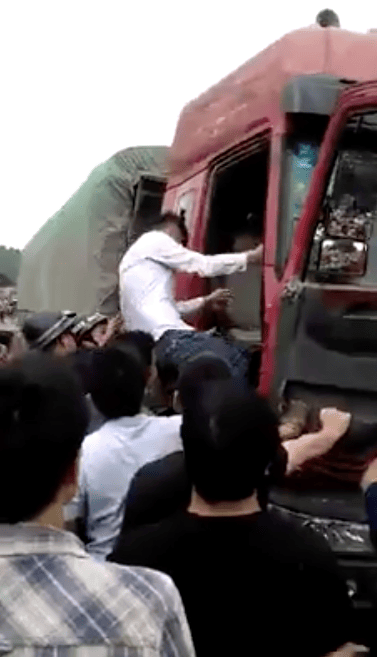 The police tried to shut the door to protect the driver but they could only do so much as they were outnumbered. Soon, a man managed to get in the lorry and started beating up the driver. 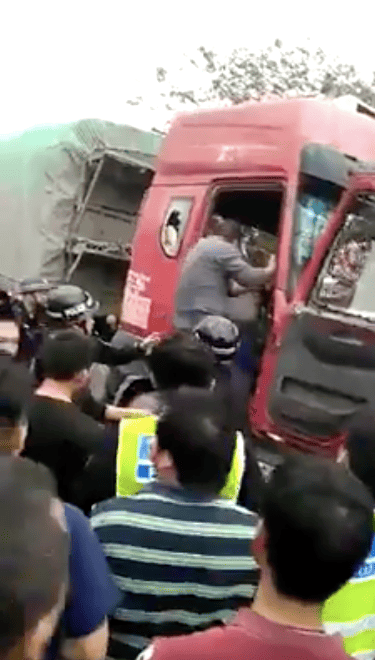 It is unclear that how many children were killed or injured in the incident.

The footage definitely shook the country and the internet. Here’s the video. Viewer discretion is advised.

Also read: Viral Footage Shows Motorcyclist Flung Like A Rag Doll From The Road Into A House 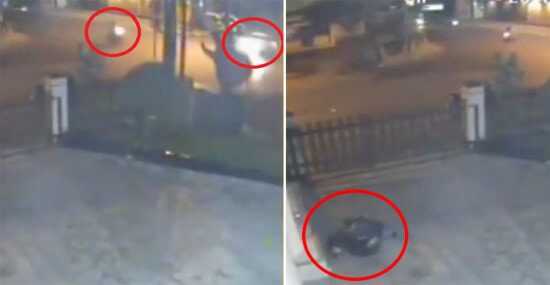