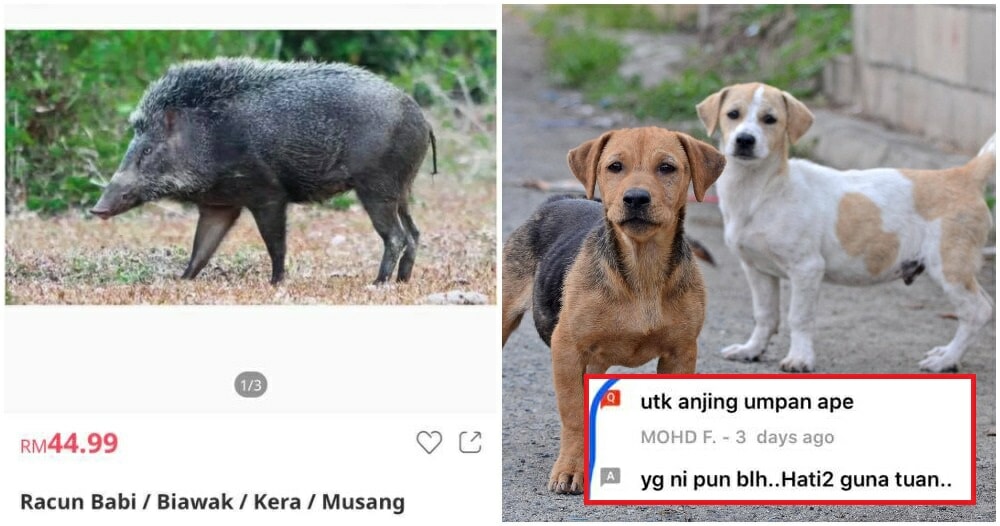 In an increasingly selfish world and in the midst of a life-threatening pandemic, you’d think that the least humans could do is become less selfish but is that the case? When it’s so hard for humans to show love among humans themselves, can we expect them to shed some love for innocent animals?

Facebook user Ignatius Daevan shared to the group Kelab Pencinta Anjing a heartbreaking sight he came across on an online shopping platform. When he was scrolling through to look for some car audio parts, he saw a product advertisement for a type of poison which is said to be used for wild boars, monitor lizards, monkeys and foxes. 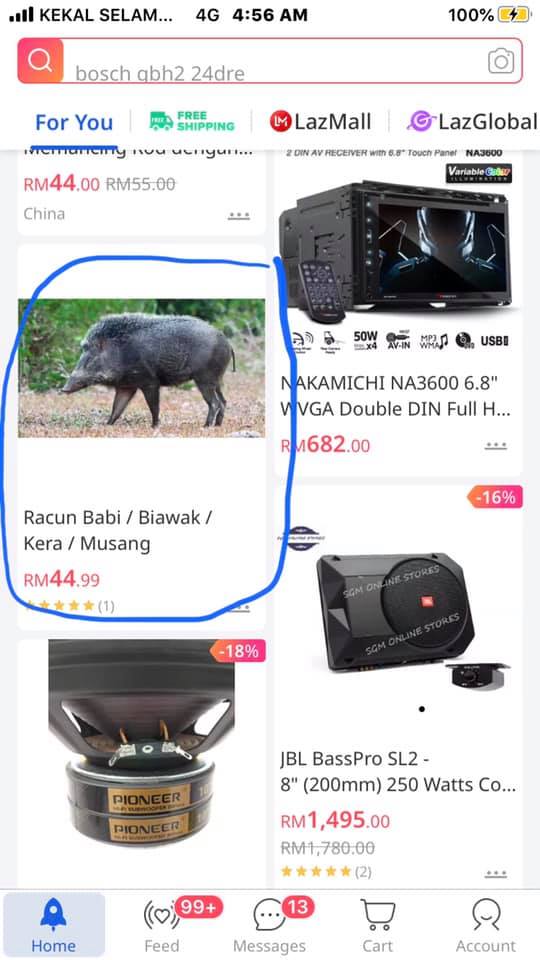 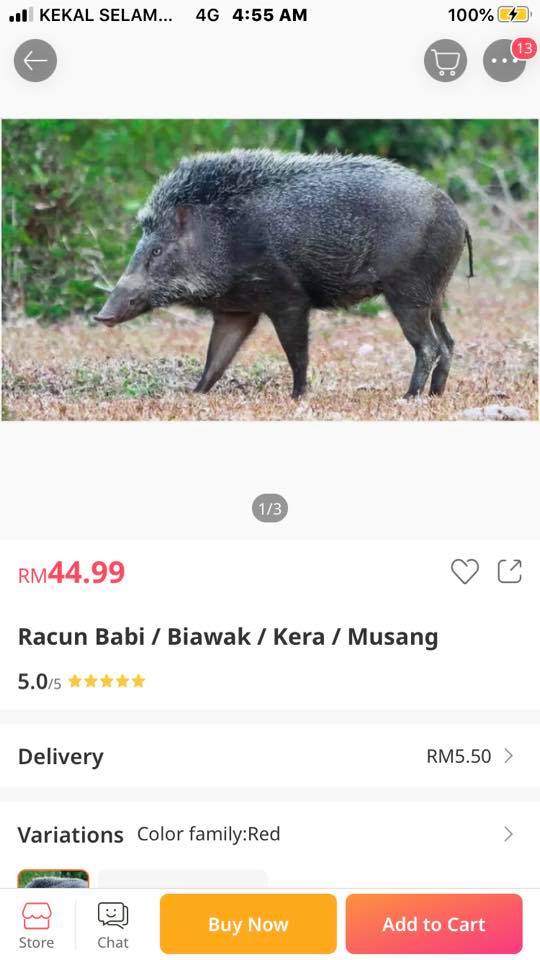 While it’s already disappointing enough that these types of products are being sold to poison wild animals when technically, we’re the ones invading their space, what disappointed Ignatius more were the comments that followed. 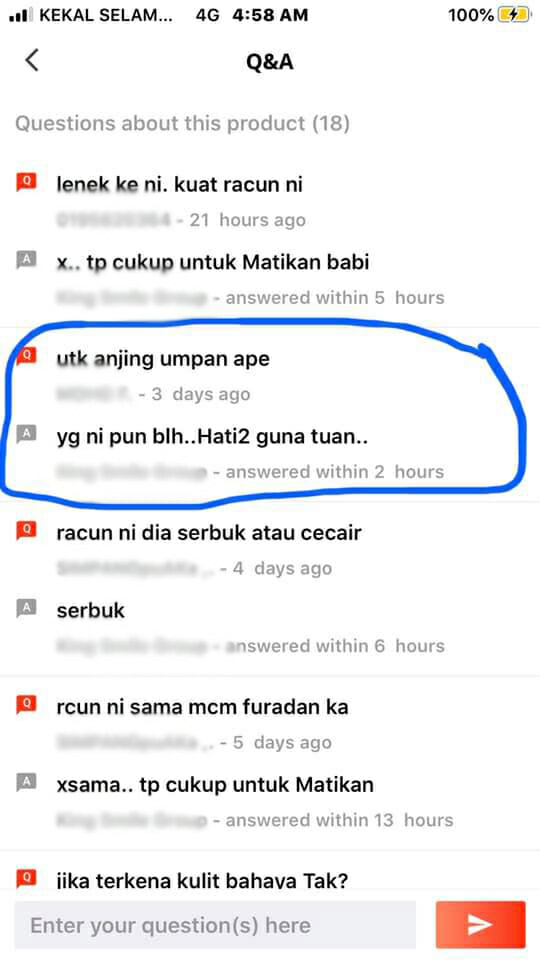 The question that’s being highlighted is one potential buyer asking what bait (poison) that can be used for dogs and the buyer answered that this poison can also be used for dogs but they need to be careful.

This wasn’t the only heartbreaking comment unfortunately as another potential buyer also asked about this as well. 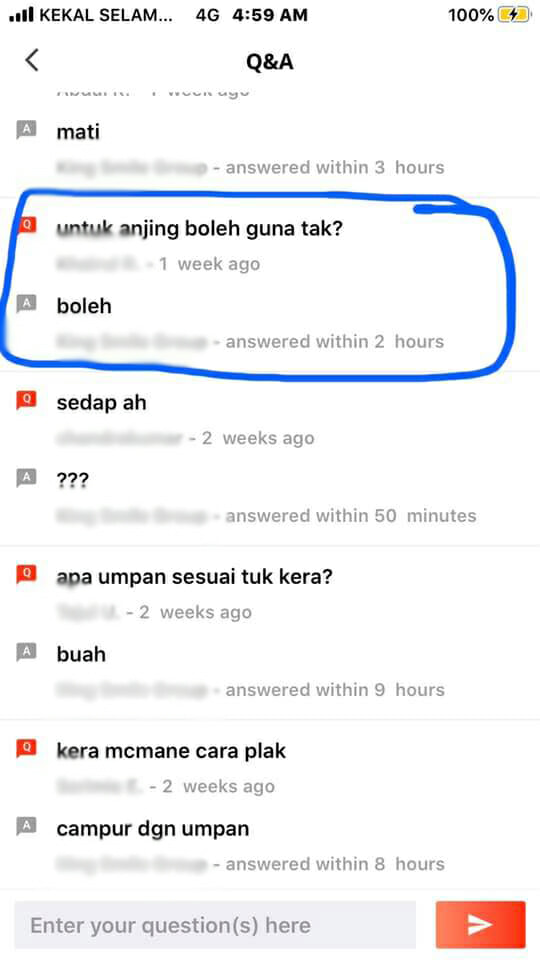 “When the government doesn’t control and monitor the selling of poison, this is what happens,” he said.

It’s one thing to abandon and neglect your pets but it’s a whole other level of cruelty to kill innocent animals for no reason. Come on Malaysians, the least we can do this year is spare some kindness for innocent animals.

Also read: Should Stray Dogs Be Blamed? Witness Claims Dengkil Woman Who Died Of Heart Attack Was Not Chased 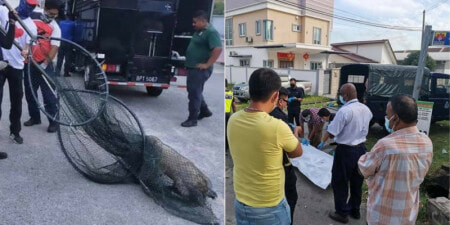