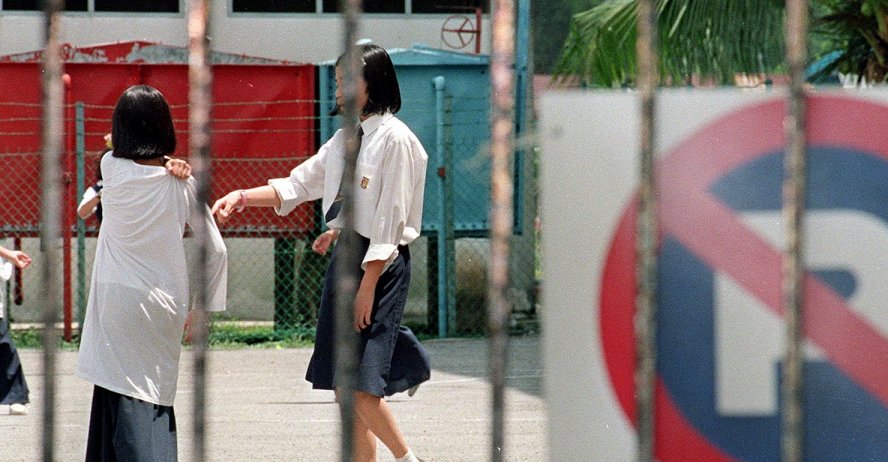 Bullying is not to be taken lightly. Not many people actually know the long-term side effects of it and how it can affect the growth of a person – be it their character, self-confidence, or self-esteem. As for me, I still feel the effects to this day.

It started when I was 4 years old. There were 3 girls in my class who didn’t like me because of my big size and would ask everyone else in class not to befriend me. It was so bad that my parents had to transfer me to another school. Unfortunately, the bullying didn’t stop. At 10, another group of girls even created their own ‘club’ and got everyone in class to join. They implemented a rule that no one can befriend me otherwise they would be kicked out of the ‘club’. Thanks to them, I had no friends and was alone throughout my primary school days.

Moving on to high school, I thought everything would be over and done with, but I was terribly wrong. It only got worse, especially being in an all-girls’ high school. Since I was so retracted from the world, and always kept to myself, that made me the perfect target. They would pick on me and call me names – ‘fat’, ‘ugly’ and much worse – often purposely saying it out loud in public so other people could hear me being shamed. It didn’t stop there. I even got severely cyber bullied.

One instance that has left me traumatised was this incident that happened on an online forum that every high school student in Penang was on. I had stumbled upon a topic about my own class, where the question posed was, “Who’s the prettiest in 2J of so-and-so school?” Someone thought it’d be funny to mention my name and they really went to town with it. They left really nasty remarks – “She’s so ugly that I feel bad for her parents”, “She’s like the weirdest person in school”, and “She’s so ugly and fat that nobody wants to befriend her” .

The verbal bullying evolved to physical abuse when a girl whose boyfriend broke up with her ‘decided’ that I was the cause of her break up and engaged the other members of our school’s Taekwondo team to join in on the bullying. Instead of the supposed touch-and-go sparring during trainings, they would go full-force resulting in me coming home banged up and covered in bruises.

I started to come up with excuses to skip school, like I didn’t feel well or sometimes just skipping for the sake of it so I wouldn’t have to go through the torment. I didn’t know it at the time but I had developed severe depression. My parents being ‘typical Chinese parents’ who only believed in grades, kept putting more stress on me. It went from school work to endless tuition classes to my mum’s homework. I had no freedom, I had no childhood. They loved to compare me with my sibling, saying things like ‘why can’t you be more like your brother?’.

It was a never ending stream of stress, pressure and torture, which caused me to start developing suicidal thoughts that eventually led to self harm. It became a habit, a way to make myself feel better as a temporary escape from the torment. A distraction of pain. I had no one to talk to, I was completely alone, so I thought “What’s the point of continuing living?”, “why torture myself everyday?”. Eventually, my mum caught on. She met up with my school’s counsellor, and I had to report myself to the counselling office every day during break.

College wasn’t as bad until the last year. I was president of CAPS, and had become much more sociable. Drama began when 2 new female recruits joined. They turned the entire club against me and even threatened not to perform at an upcoming performance unless I agreed to step down from my position as president. As the performance was important for a friend, I agreed to step down. Eventually the rest of the club apologised to me, without the knowledge of the 2 girls, and explained that they had no choice.

After I graduated I started working life. I had a few relationships but none that lasted long as with each relationship came a different type of abuse. I decided after awhile I had enough of my life in Penang and moved to KL for a job as the personal assistant to a CEO. The operations manager at the company didnt like me but I didn’t expect her to be rude and nasty. She was rude to everyone, but I got it worse -shouting at me in front of everyone, talking behind my back, making me look like an idiot in front of everyone else. My boss eventually noticed and decided to separate the both of us.

Things were better until I decided to get into the acting and modelling industry full time, the rumour-spreading and bad mouthing behind your back started to happen again. Though I understand why and it’s not something you can stop, I don’t understand why people have to be mean to other people. What do you gain from being mean to another? I made sure I never judge or even be mean to anyone. I know how it feels to be a victim of bullying and that’s not what a person should go through.

To this day, I still suffer from depression. I have my high and lows and when I’m at my lowest, I can’t control how negatively I think. I’d think what’s the point of living in this cruel world, why even go through the torture? Although the suicidal thoughts linger in my mind, I’ve stopped the habit of self-inflicting pain, which is one of my greatest achievements and one of the biggest change in my life. I lack self-confidence and self-esteem growing up, but I managed to train myself to ignore other people’s opinions.

I’ve also trained myself to be more confident with what I do and believe in what I wanna achieve in my life. Because of my past experiences, I want to make a difference in the world. I started my own bullying campaign and we’re in the midst of planning a short film that can educate the public about bullying, especially when it comes to the bullies and the victims. Say No To Bullying, it’s not right and it’s not the way. Change for the better and do what’s right and NO, bullying people isn’t cool AT ALL.

Also read: Malaysian Shares Sad Tale of How a Straight-A Student Became a Criminal Due to Drugs 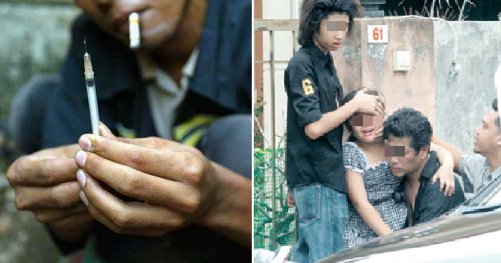