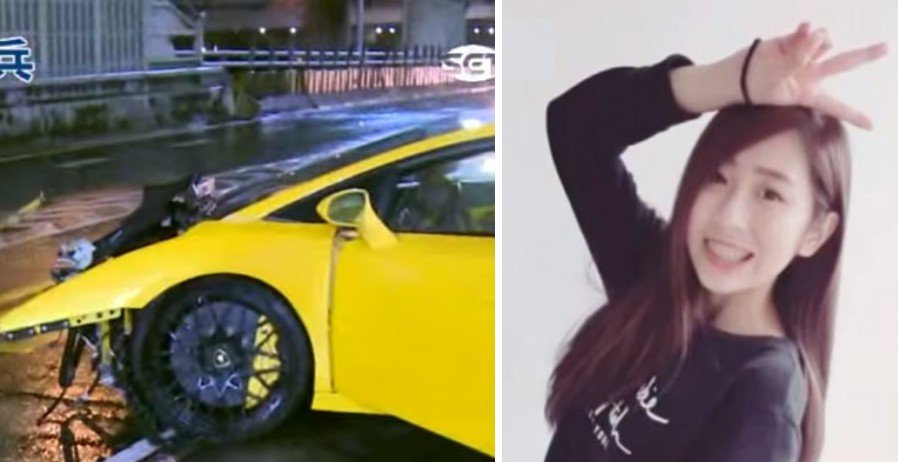 A Taiwanese male who tried impressing his 18 year old girlfriend crashed a yellow Lambo that he rented and has to now pay over RM917,000.

The incident happened around Sanchong area in New Taipei City, in the middle of Zhongshan bridge.

According to the police, the driver surnamed Ding rented the yellow supercar last week in an attempt to wow his girlfriend.

His girlfriend who was reportedly a model, has been posting pictures featuring the supercar and the couple on social media.

Unfortunately, the car crashed that night and the whole front part of the car was destroyed. The two passengers escaped unharmed.

After the crash, Ding pushed the blame and told the police that the driver was actually not him but his girlfriend. After investigating, the police confirmed that the driver was in fact Ding and revealed that the supercar was a rental. The Lamborghini which possessed 560 horsepowers was rented at a rate of NTD 50,000/day (RM6,550). Ding was also driving under the influence. 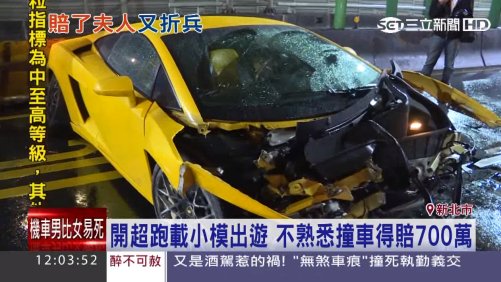 Ding’s girlfriend was not happy with Ding’s irresponsible actions and immediately deleted all their photos that she previously posted on social media. She also told the police that Ding and her were not a “couple”.

According to Apple Daily, in addition to renting the supercar, Ding also claims that he runs an international trade company in China. However, his friends told the media that Ding was only working in a local milk tea shop in Taiwan. His father also told the media that his son has left home for years and do not know he has been up to.