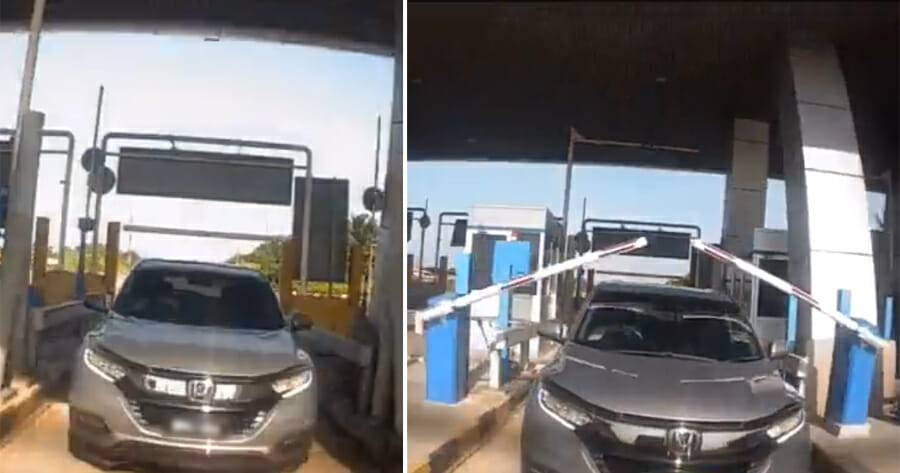 It is not unusual for certain drivers who try to escape paying for toll by tailgating other drivers when passing through a toll booth.

On 26 September, @shahidatul4297 took to Twitter to share dashcam footage of a vehicle that followed her closely at the Semenyih Toll Plaza at about 9am.

In the video, a Honda HR-V can be seen inching close to her car and accelerating to get past the boom gate which ended up hitting the roof of the car.

“Please help me retweet!!! The car behind came poking at my back at the Semenyih Toll Plaza, a successful attempt at that. Doing indecent things early in the morning,” @shahidatul4297 wrote.

“To anyone who knows where I can report the owner of this car, please help! Just happened this morning.”

She also said that she has made a report to the office at Plaza Tol Kajang Selatan and hopes that action will be taken over the owner of the Honda HR-V.

“This was at the exit toll so it’s possible that he did the same thing at the first toll,” she told WORLD OF BUZZ.

Hopefully, authorities will take action against the driver!