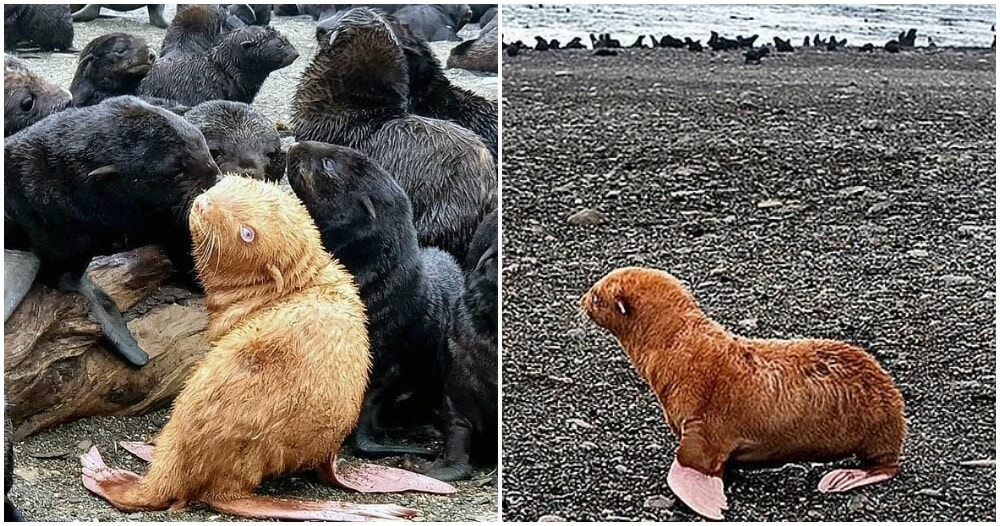 Scientists have recently found a rare blue-eyed seal with ginger-coloured fur off the coast of eastern Russia. However, they fear it may be shunned by other seals. 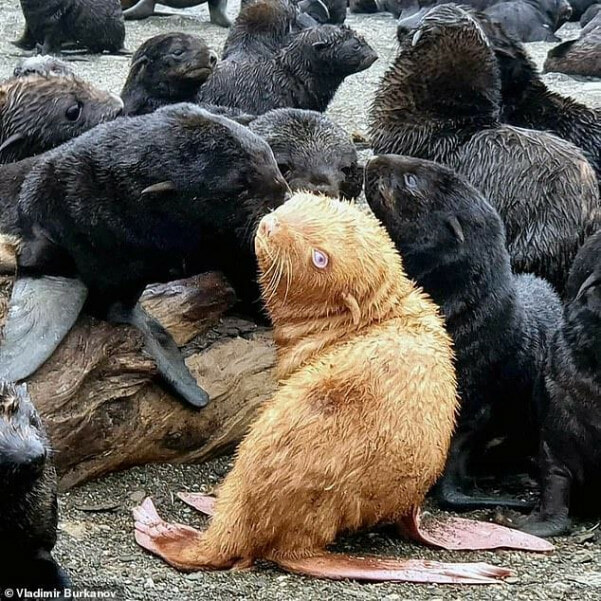 According to India Times, experts pointed out that the chances of a partial albino birth are one in 100,000, but with this rare occurrence comes the risk of the pup being rejected by its own kind. 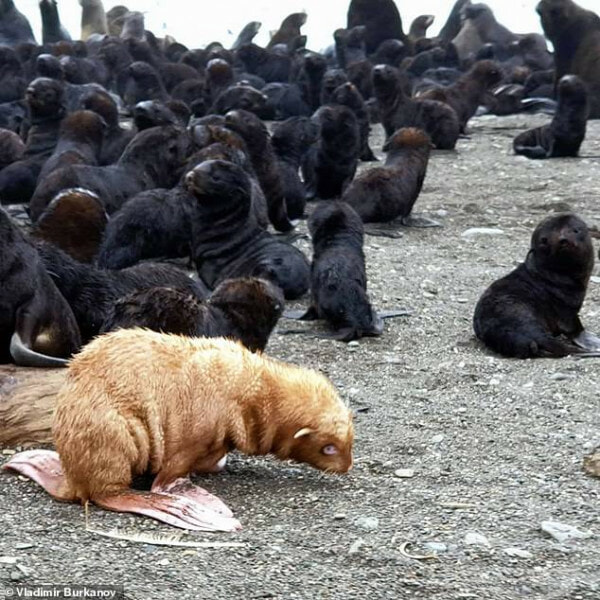 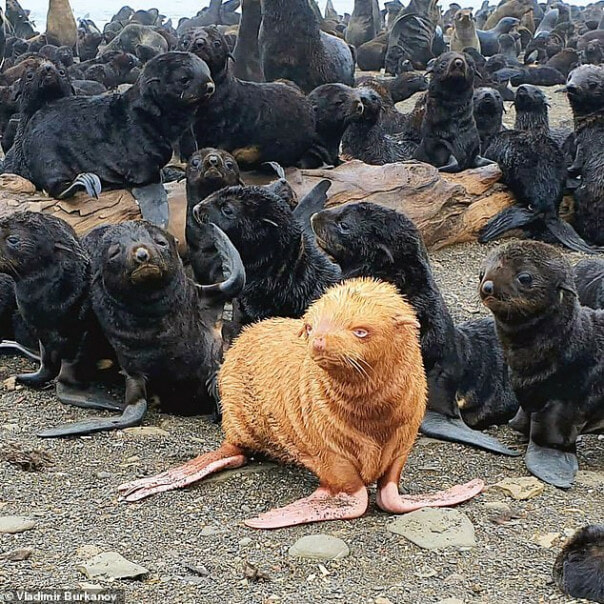 This rare pup has golden fur, blue eyes, and pink flippers that give it a distinctive look compared to other seals. Biologist Vladimir Burkanov says that for the time being, this fur seal is not completely shunned by its colony.

Nicknamed ‘the ugly duckling’ the biologist says that there are small signs of it being treated as an outcast. The biologist who found the rare seal on Tyuleny Island while on a field trip said:

‘The ginger fur seal has not become a total outcast yet, but that there are signs of it being slightly shunned,” he said.

“Other seals don’t pay too much attention to it in a somewhat worrying manner, so something is not quite right with it. But it is not getting chased or bitten.’

Experts have since decided to monitor the rare pup to see if it still gets rejected by its own kind. In case that happens, there is the possibility of the pup being taken to a Russian dolphinarium.

Have you seen a rare animal like this before? Let us know in the comments.

Also read: Spotify Has Playlists & Podcasts for Animals That Are Paw-fect for Your Pets! 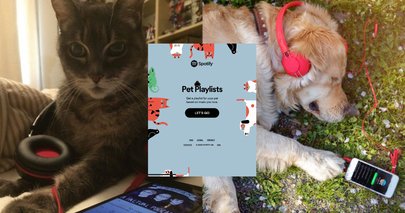