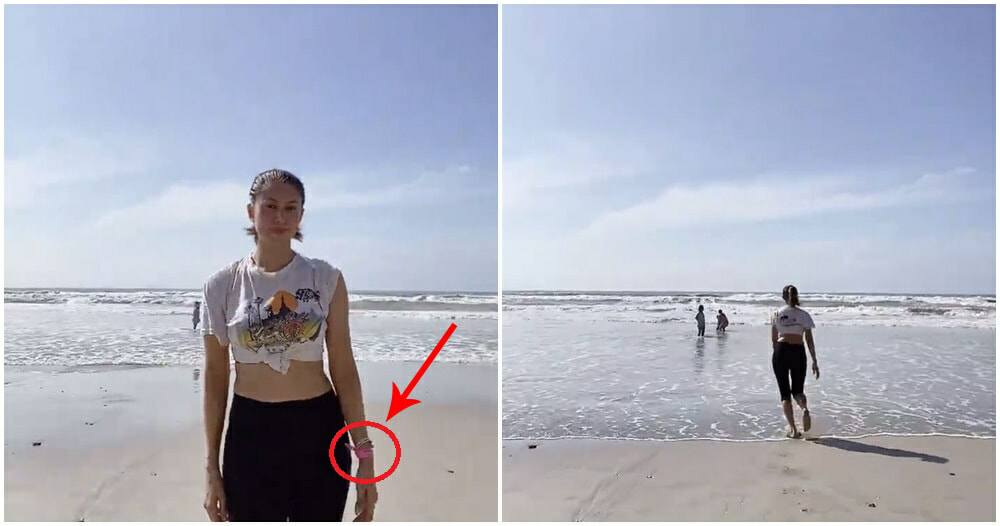 After testing positive for Covid-19 on Tuesday (19 January), Padang Rengas MP, Nazri Aziz’s wife, Haflin Saiful, took to her Instagram page to post a video of herself on a beach, with the caption, “Best home quarantine ever.”

In the video, she can be seen running towards the sea while her helper and child appeared to be watching her.

Since then, the video has garnered speculation from netizens who immediately spotted the pink quarantine wristband on her arm and questioned why she was out and about during home quarantine. 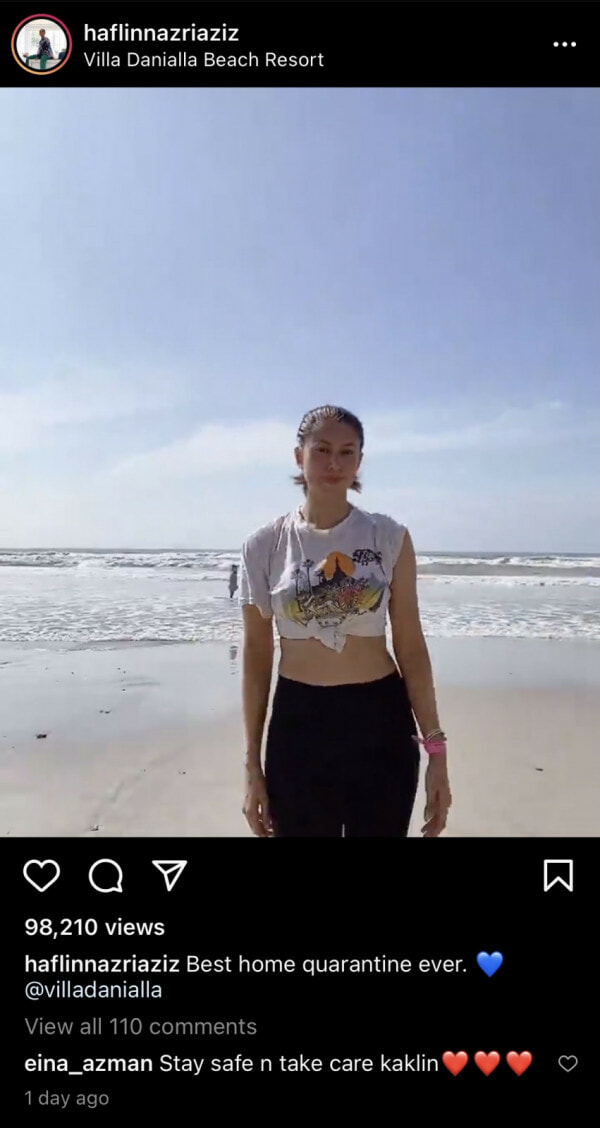 However, Haflin has shut down these speculations by responding that the beach is closed off for her private use. “This is my private beach, it is my territory and is within my compound,” she told MalaysiaNow. Haflin also explained that the area is closed to the public since the MCO was implemented and the staff who have tested negative are currently quarantining in their respective rooms, as said in a statement to Sinar Harian.

The resort is known as Villa Daniella Beach Resort and is owned by Haflin’s late mother, she explains in a screenshot of a conversation shared on her Instagram story. 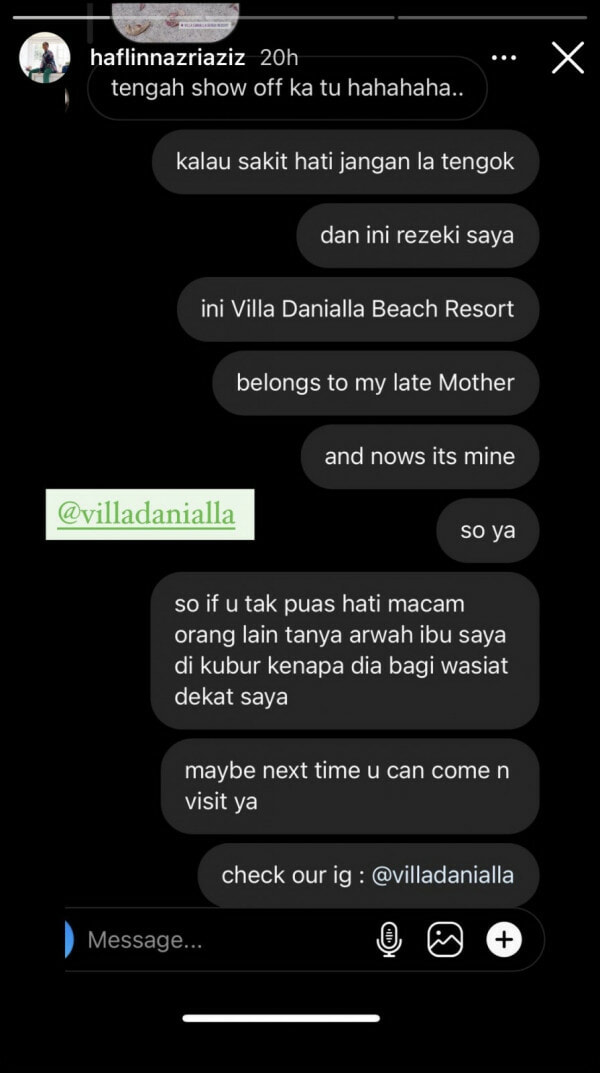 “I have a cough but I am okay. I’ve been observing. My son has no fever or cough. I ensure that he stays active, takes his vitamins, drinks water, and eats fruits,” she said.

On 12 January, Health Minister, Datuk Seri Dr Adham Baba said that level one and level two Covid-19 patients who are not facing severe symptoms or are asymptomatic are allowed to undergo home quarantine.

World of Buzz has since reached out to Haflin for a statement.

Also read: M’sians Question The Purpose Of The PM’s Visit To The MAEPS Serdang Quarantine Centre 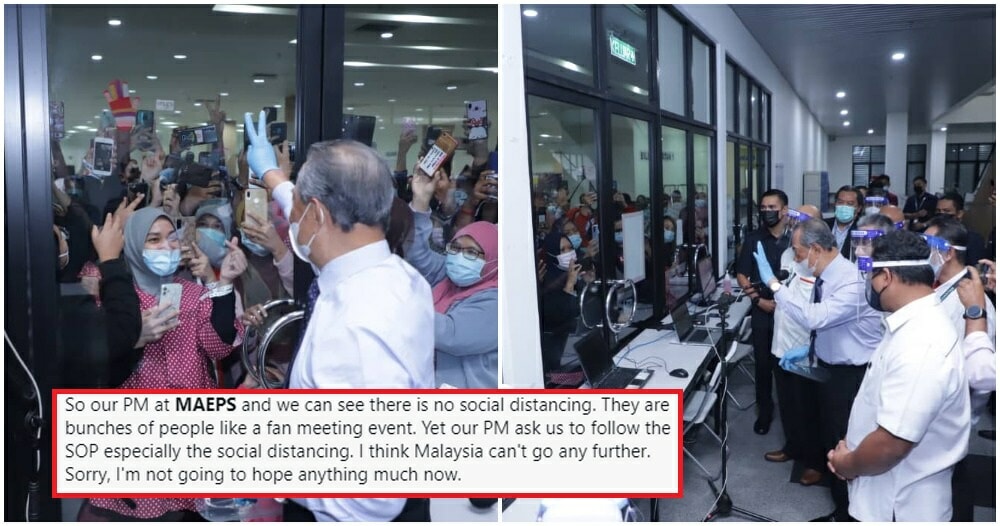