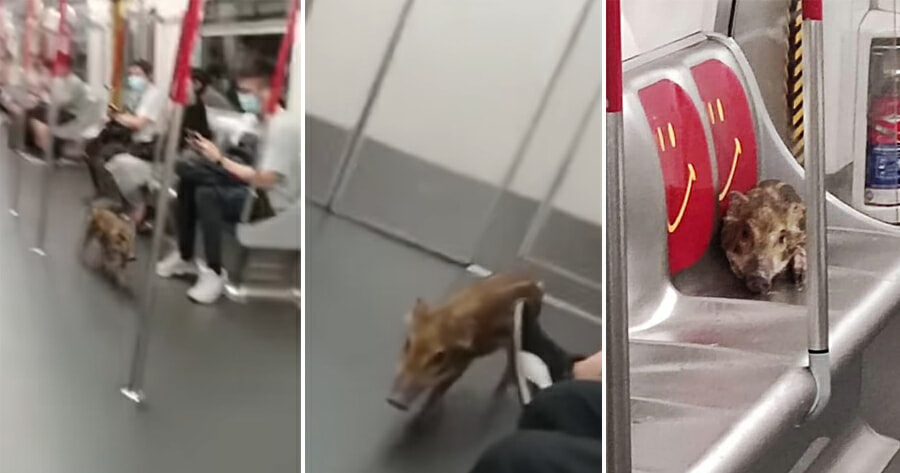 A young wild boar led authorities on a little excursion on Friday (18 June) after it boarded two MTR trains in Hong Kong while railway staff frantically tried to capture it.

According to SCMP, the animal was seen straying into Quarry Bay MTR station at about 3.55pm before boarding one of the trains. Several MTR staff tried to catch it but failed, allowing the piglet to get off at the North Point interchange.

The piglet then boarded yet another train and plonked itself on one of the train’s priority seats. 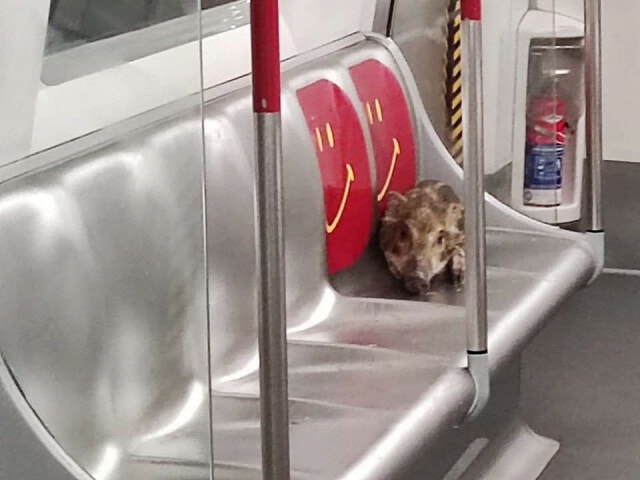 The train changed courses and headed to the depot in Tseung Kwan O, where officers from the Agriculture, Fisheries and Conservation Department (AFCD) were waiting to collect the animal.

Photos and videos of the incident have since gone viral online where the boar can be seen roaming a train carriage with fascinated passengers watching the creature on its excursion.

So it’s wild boar on the MTR Friday (video shared to me via whatsapp) pic.twitter.com/r4UBf5IAmZ

Meanwhile, an AFCD spokesman said the boar did not suffer any harm from the incident and was released back into a country park.

The MTR also said the boar did not cause much disruption to services, adding that no staff were injured during the incident.

What an adventure for the small piglet! What do you guys think of this? Let us know in the comments below.

Also read: British Man Faces Up To 6 Months Jail In Singapore After Refusing To Wear Face Mask On Train 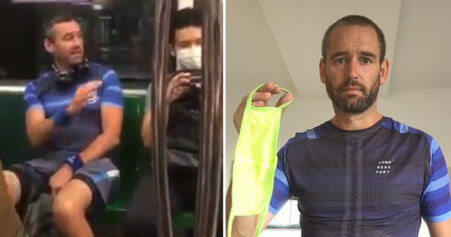