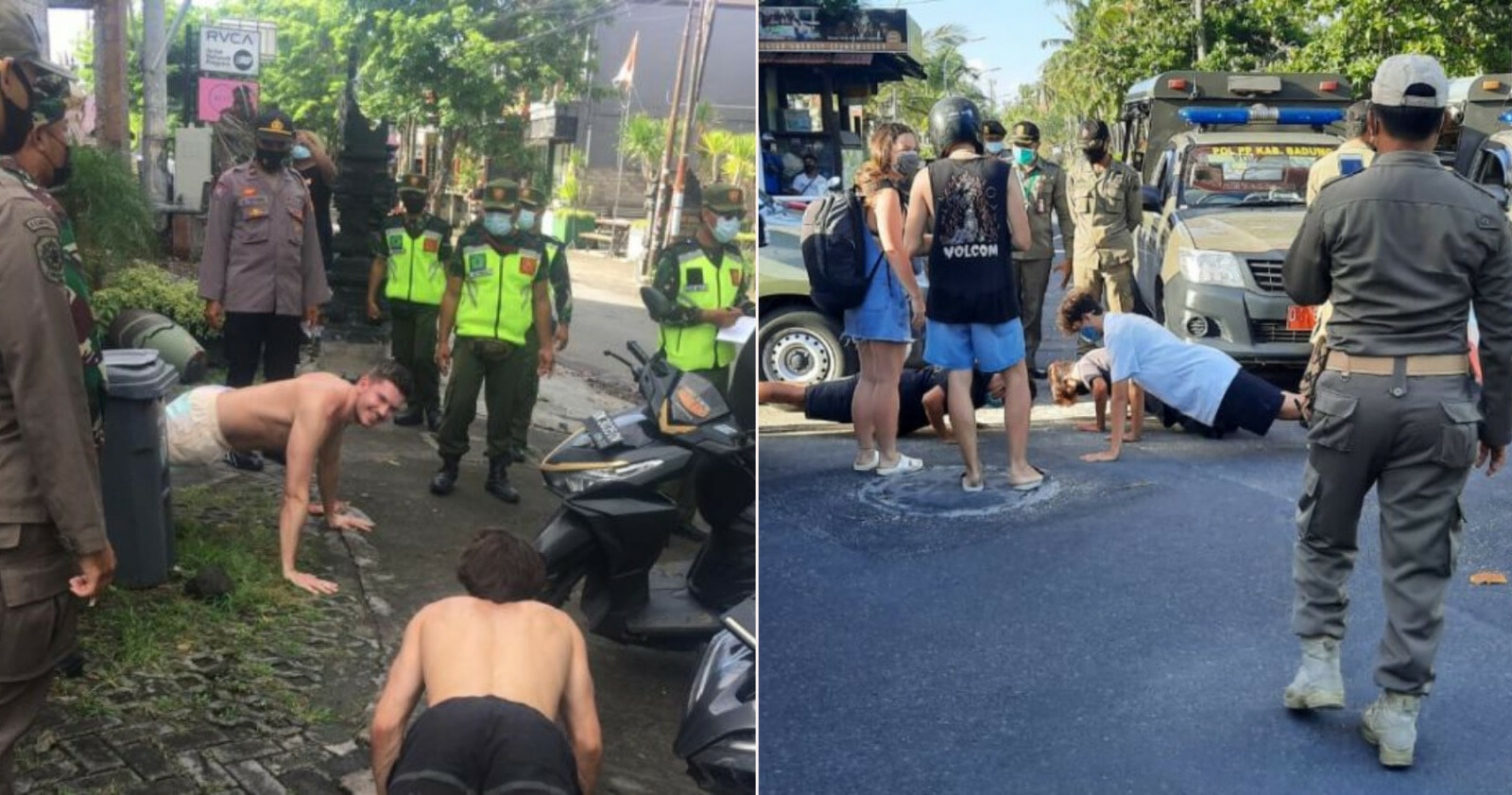 It’s no secret that many foreigners prefer Asian countries for vacations and jobs, but being in a foreign country means you have to abide by their laws.

Kumparan shared that Indonesian authorities have come up with out-of-the-box punishments for foreigners who forget to wear face masks when out and about because for them, “paying the fines are easy.”

The chief of Badung’s Public Order Agency (Satpol PP), I Gusti Agung Ketut Suryanegara shared that foreign nationals who bring their masks along with them but don’t actually wear them are now subjected to doing push-ups and sweeping the streets as punishments. 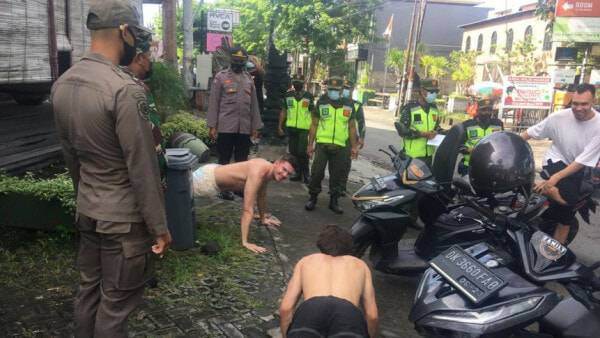 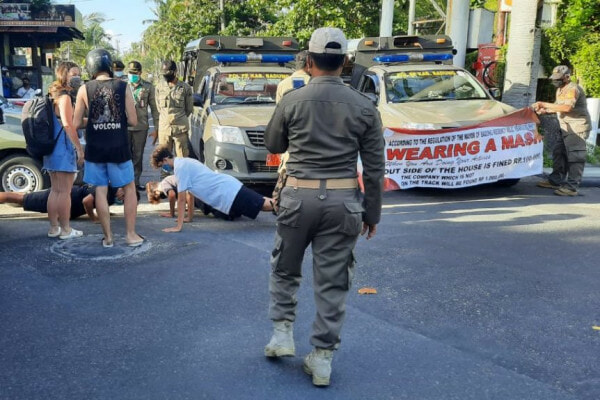 They’ve even coined the term ‘Naughty bule‘ which translates to ‘Naughty foreigners’ in reference to ang mohs who ignore protocols. 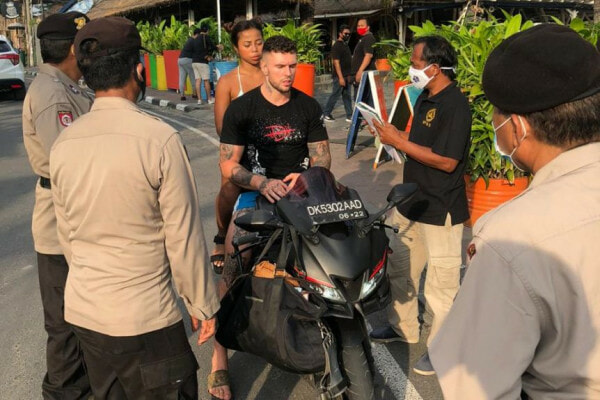 “Out of the 150 offenders caught since our operations began in September 2020, 80 per cent are foreigners,” he continued, adding that foreign nationals in Indonesia believe that the fines do not affect them. In addition, the foreigners caught not wearing masks are mostly from Russia and Europe.

Foreign nationals seem to not want to comply with health protocols because they can easily pay fines. 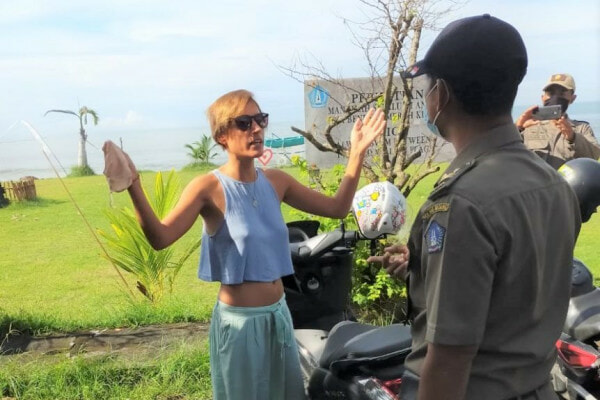 “Sometimes, we feel our self-respect as officers have been humiliated. ‘Oh, I’ll just pay’, they’ll say. Sometimes, they pretend not to know English.”

Since then, authorities have considered raising the fine, based on reports by Escape.

“Foreign nationals violate health protocols as if we are nothing in their eyes. Sometimes they will laugh as they do the push-ups or other social punishments. It is as if there’s no effect. Even if they are made to pay fines, maybe it’s too cheap for them,” Suryanegara added.

This is truly sad as Covid-19 is no joke. We genuinely hope that the Indonesian authorities take appropriate action against the foreigners who believe that they are above the law.

After all, when in Rome, do as the Romans do.

Also read: “Why should I pay taxes?” Says American Who Moved To Bali As It’s Cheaper, Indonesians Infuriated 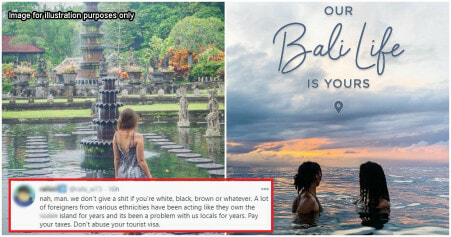