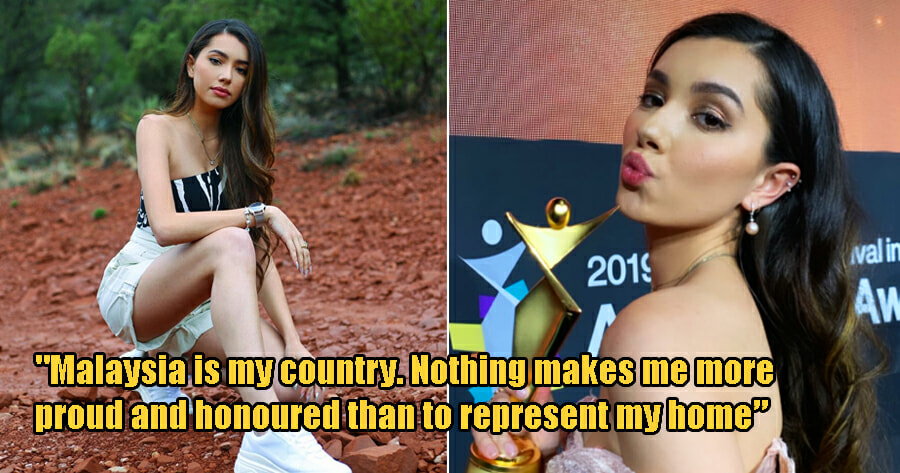 There’s no denying that Malaysia has become one of the countries that is famous for its melting pot of races, religions and cultures living together, and because of this, Malaysians have learnt to accept one another despite such a diversity of race, religions and languages.

However, not ALL individuals are willing to accept the fact that being a Malaysian is not limited to a specific race or ethnicity. This was evident when Malaysia model, actress, and TV host Amelia Thripura Henderson was criticised for seemingly not being Malaysian.

The 23-year-old from Klang, Selangor is a stunning beauty queen whose mother is a Sri Lankan Malaysian dentist who married a Scottish architect. She was born and raised in Malaysia and has been in the country’s entertainment industry ever since she was three years old. 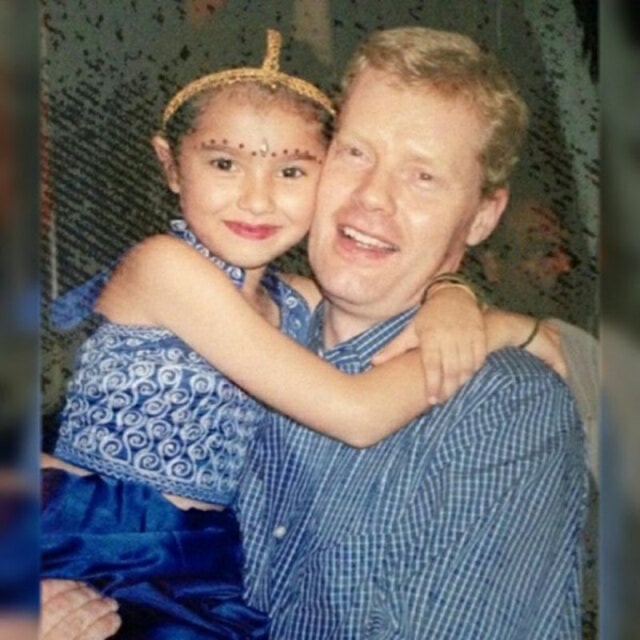 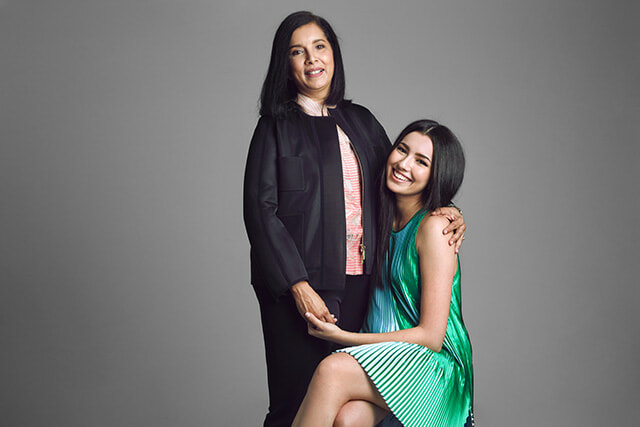 On 12 June, Amelia uploaded an Instagram video of herself giving a speech after she was awarded Model of the Year for Malaysia at the 2019 Asia Model Festival in Seoul, South Korea. Her caption reads:

“Never forget where you come from 🇲🇾. Thank you @asiamodelfestival for the award ❤️.”

never forget where you come from 🇲🇾 thank you @asiamodelfestival for the award ❤️ (without a doubt the best part of this video is @amberchia at the end 😘) _________ wearing : @glamedge.co

The comment section on her post began filling up as hundreds chimed in, including local celebrities, congratulating her on her win. However, among the 1,500 comments were two that said she did not deserve the award, as one claimed that she is “not Malay” and the other called her Filipino, reported Malay Mail.

The first comment by @mesh_dola28 reads, “You’re not Malay, the Malaysian people should stand up to foreigners like you. So you may be pretty, but you don’t represent Malay people.”

“Maybe some high echelons people is paying you to say this for social engineering. Put it this way… YOU ARE NOT MALAY.”

“I’m so sorry to see this comment coming from a fellow Malaysian. It’s 2019, in order to be stronger collectively as a country, we need to understand that we are diverse and multi-ethnic.”

“Malaysia is my country just as much as it is yours and nothing makes me more proud and honoured than to represent my home.”

imagine having to defend your own citizenship. I never have to reply, but what is the use of having a platform if it’s not used to educate? pic.twitter.com/F2qamX8WXv

On Twitter, Amelia highlighted both the comments and also included a screenshot of a now deleted comment by @mesh_dola28, who replied to the second user with a derogatory racial slur, saying, “Filipino? She’s k*****g”.

Amelia, member of Mensa International with a certified IQ of 180, responded:

“Using the K word is absolutely unacceptable. It is a racial slur used to demean an entire race, by people who feel like they do not belong in a country they were born into.”

more education: using the K word is absolutely unacceptable. It is a racial slur used to demean an entire race, by people who feel like they do not belong in a country they were born into. I am Indian, and proud of it! That would’ve been a better word to use in this context. pic.twitter.com/jCryGoMNIt

The second user later commented again and apologised for thinking that Amelia is Filipino. 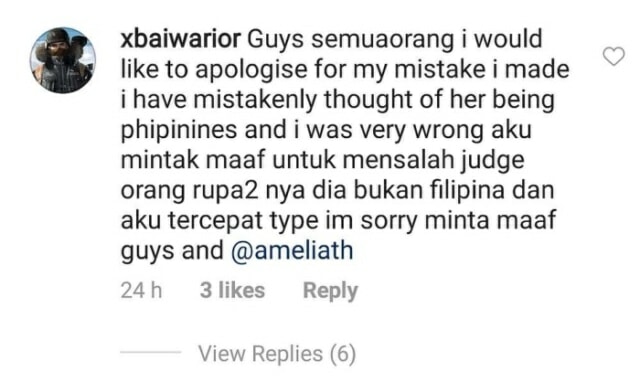 It’s sad to see that many individuals still have the mentality that only being of a certain race qualifies you to be a Malaysian. We need more people like Amelia who will call them out and ‘educate’ them on what it truly means to be a Malaysian. 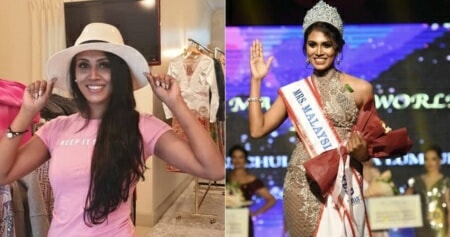