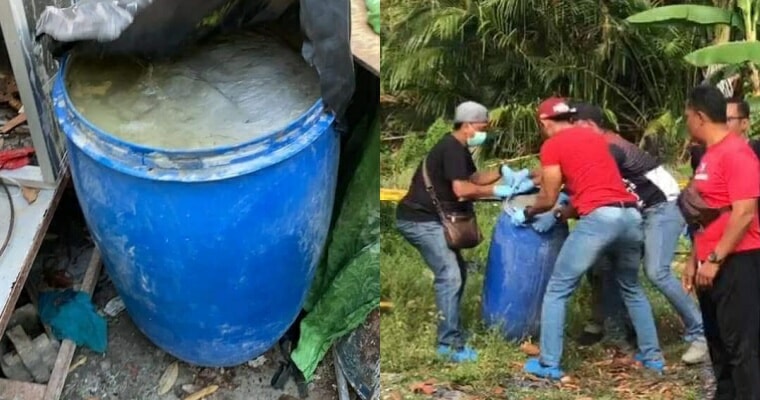 A gruesome murder was discovered this morning (8 March 2020) at Kampung Padang Hassan, Kepala Batas, involving a pair of brothers who were fighting before the tragedy happened.

According to Berita Harian, a 34-year-old male body was found inside a barrel filled with cement at 7am today, and the barrel was placed right beside the suspect’s house. It is believed that the victim was murdered on Friday afternoon (6 March), and the murder was reported by one of the victim’s brothers while the suspect was still asleep. 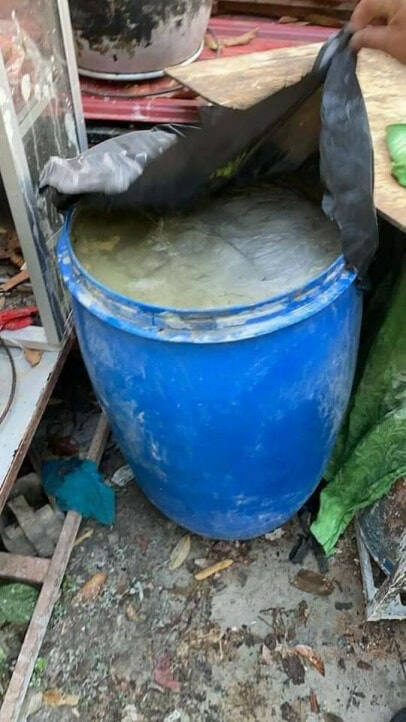 Senior Assistant Commissioner, Sapii Ahmad, mentioned that the victim was unemployed, while the 25-year-old suspect sells fried chicken for a living.

“Early investigations found that the motive of this murder was because the victim always wore the shirt that was given to the suspect by his girlfriend, making the suspect furious and a fight broke out.” 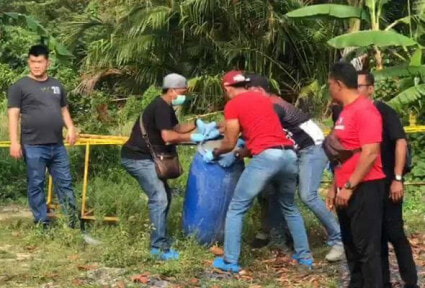 It had been reported on China Press that the victim was a drug addict and that he often caused trouble at home, leading to countless quarrels between family members. When the victim and suspect fought on Friday, the victim was holding a parang in his hand. In order to defend himself, the suspect snatched the parang and slashed the victim in the throat, immediately killing his brother. 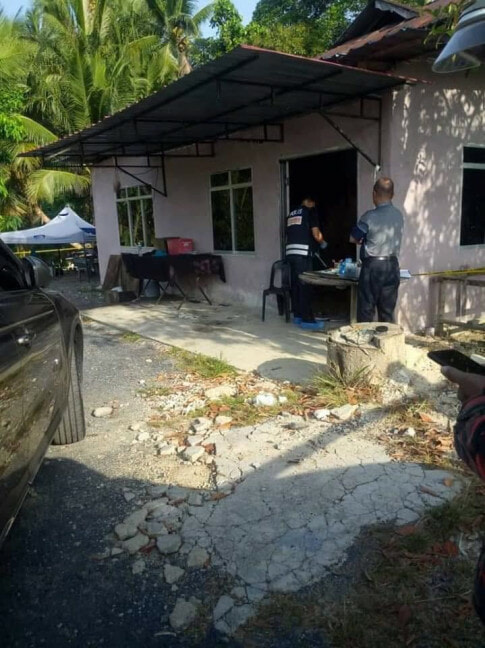 The victim’s 25-year-old brother told the press that the “suspect” planned to dump the cemented barrel into the river, however, he confided with his family because he felt guilty for murdering the victim.

A team from Kedah’s Crime Investigation Department found a knife and a wheelbarrow that were suspected to be related to this case. The victim’s body had been sent for an autopsy at the Forensic Department at Hospital Sultanah Bahiyah (HSB). The suspect was arrested and this case is being investigated under Penal Code Section 302.