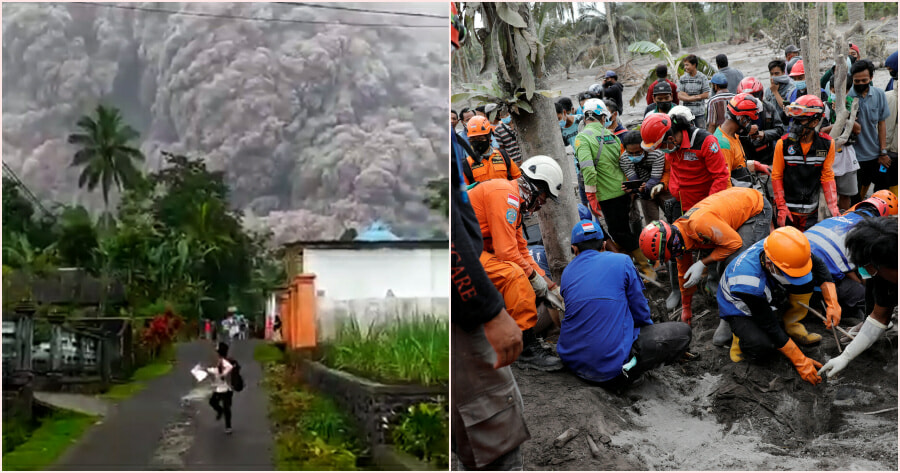 On Saturday (4 December) Mount Semeru, a volcano located on Indonesia’s most densely populated island of Java suddenly erupted and spewed gigantic columns of ash of more than 12 kilometres into the sky as well as sending searing gas and lava flowing down its slopes.

Reports stated that the death toll stood at 13 with at least 98 other people injured.

Just last night (6 December), it was reported that the volcano had erupted once again, hampering the search for survivors. The death toll has now increased to 22 with 27 people still missing.

According to AFP, rescue operations were suspended because of fresh volcanic activity yesterday. 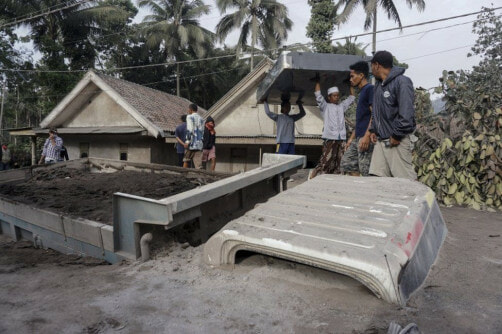 Rescue worker Rizal Purnama said that all evacuation teams have been pulled out temporarily because there was a fresh eruption and the fact that it could endanger the evacuation teams.

“The search will continue today once the situation is a bit safer.”

The task of the rescuers was made much more difficult as the volcanic debris started to harden.

“It’s very difficult… with simple tools,” Rizal Purnama said. “It is very likely bodies that have not been found are buried under the hot mudflow.”

To make matters worse, rain is also forecasted for the area which could further hinder rescue work as ash and mud would be turned into streams of sludge. 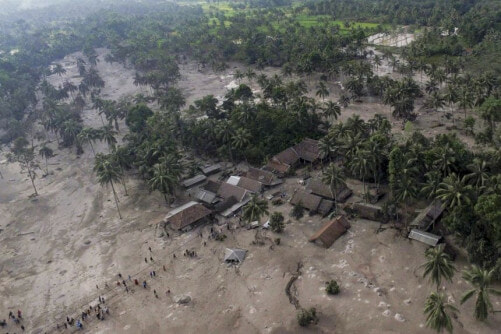 Meanwhile, officials have also advised locals not to travel within 5km of Semeru’s crater, as the nearby air is highly polluted and could affect vulnerable groups. Ash from Semeru had travelled up to 4km away after the eruption.

Our thoughts and prayers go out to the victims of the Semeru eruption. We hope that rescue operations are able to resume as soon as possible. 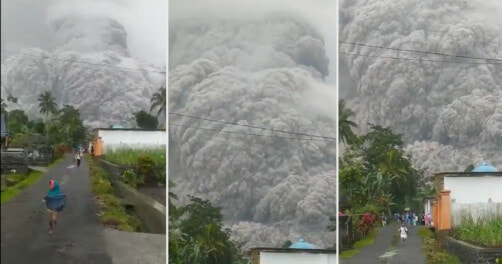