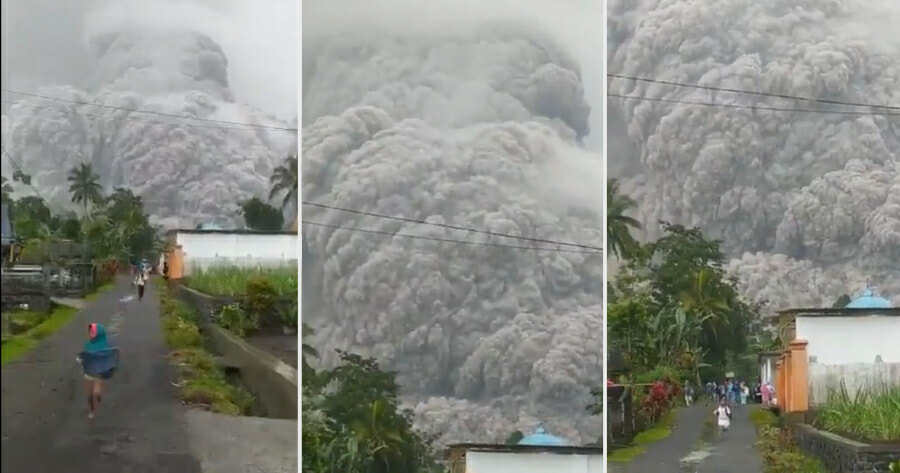 Mount Semeru, a volcano located on Indonesia’s most densely populated island of Java suddenly erupted yesterday, spewing gigantic columns of ash of more than 12 kilometres into the East Java sky and sending searing gas and lava flowing down its slopes. Following the volcano’s eruption, locals rush to flee their houses as several villages in Lumajang were blanketed by ash. Furthermore, houses and vehicles were submerged.

As reported by Al-Jazeera, Indonesia’s East Java province is still dealing with the aftermath of the volcano’s eruption. Currently the death toll stands at 13 and at least 98 other people have been injured, including two pregnant women.

In a statement today, Abdul Muhari, the spokesman for Indonesia’s disaster mitigation agency (BNPB) said that 2 of the 13 people killed by the eruption have been identified. Furthermore, 902 people have been evacuated from the villages surrounding Semeru.

Local media also reported that 10 sand mining site workers that were trapped as a result of the eruption were successfully rescued from villages in Lumajang district. 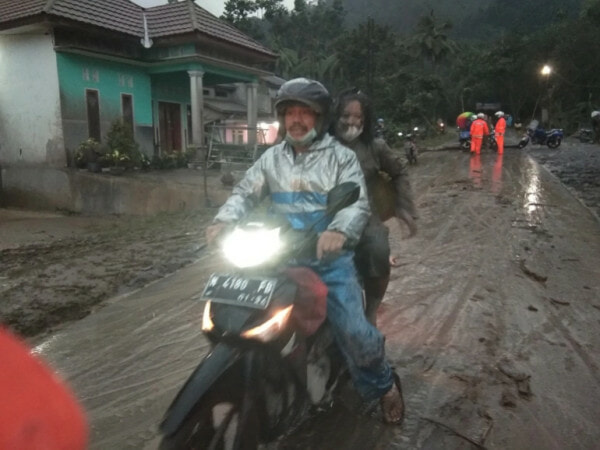 According to Indonesia’s geological survey cenre, the sudden eruption maybe triggered by a thunderstorm and days of heavy rain. Eko Budi Lelono, the centre’s chief said that the continuous heavy rain eroded and finally collapsed the lava dome atop the 3,676 metres volcano. He further asserted that flows of searing gas and lava travelled up to 800 metres to a nearby river at least twice on Saturday. 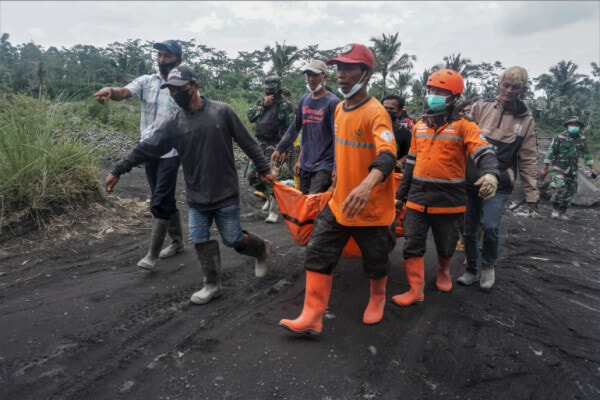 Authorities has advised people to stay at least 5 kilometres away from the crater’s mouth for their safety. Our thoughts and prayers go out to the victims of the Semeru eruption and that all that is living in and around Semeru would stay safe. 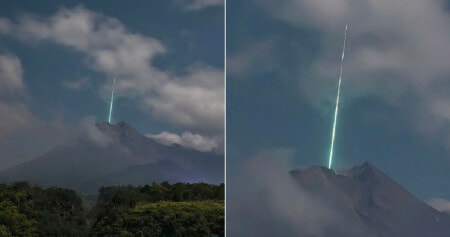